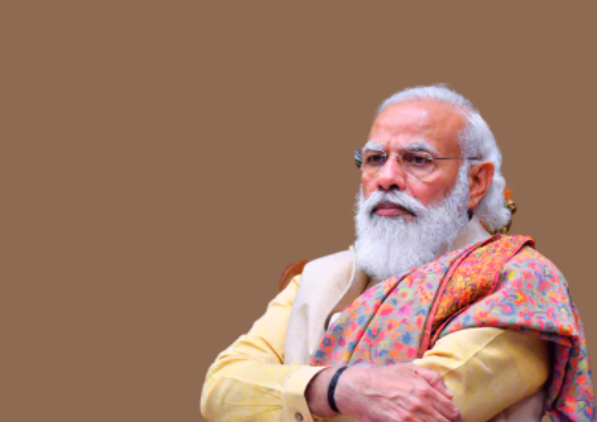 A letter has been addressed to the Hon’ble Prime Minister Narendra Modi requesting him to increase the retirement age of the judges in Subordinate Courts and High Courts.

The letter is written by advocate Ashwini Kumar Upadhyay practicing in Supreme Court of India. He writes that, “The Indian Judiciary would take around 100 years to clear the backlog” and further states reasons as follow for the backlog:

1.There is inadequate judge strength which is around 20 judges per one million people, as against Australia 58 per million in Canada's 75, the United Kingdom 100 and the United States of America 130 per million. there are two factors, viz., procedural and substantive. “(i) Pre-trial delays (ii) Delay during trial (iii) delay during appellate proceedings and (iv) delay during the execution proceedings. On the other hand, substantive factors include: (i) judicial vacancies/delay in appointment of judge, (ii) lack of accountability of judges, (iii) to many vacations in the courts, (iv) misuse of public interest litigation, (v) witnesses turning hostile (vi) writ jurisdictions and (vii) delay by the judges.”

2. In High Courts and Supreme Court, finest lawyers don’t want to become judges because instead of continuously giving valuable services to the nation, our judges are compelled to retire at the very early age i.e. 65 years. The Department Related Parliamentary Standing Committee on Personal, Public Grievances, Law and Justice very correctly refers to the problem caused by early retirement of the judges. “Due to inaction of the successive governments, the bench loses tremendous legal experience when Judges are forced to retire before their septuagenarian year.”

3. The last increase in the retirement age of the High Court judges was made in 1963, when it was raised from 60 years to 62 years. The proposal to hike the age further was mooted in 2008 by the then Law Minister Mr. H.R. Bharadwaj. The Union Cabinet gave its nod for legislation to raise the retirement age of High Court and Supreme Court Judges in 2010. However, due to lack of political consensus, it was put on the backburner

4. The Centre has neither increased the retirement age of the Judges, nor implemented the Resolution dated 25.10.2009 to reduce the pendency from 15 years to 3 years. The Centre has also not implemented the historic Judgments from First to Fifth Judges Case and recommendations of the Parliament Standing Committee and the Law Commission of India in letter and spirit.  “The Law Commission has addressed the issue in several reports since 1955: the14th  38th  78th79th80th  117th120th  121th  124th  125th  154th  139th  197th  221th  222th 229th 230th and 245th reports dealt with issues of delay, pendency and arrears. However, the Centre has not taken steps to implement them.”

5.      A number of Committees were constituted to examine the problem of delay and the first Committee named as Justice Rankin Committee was set up. Since then several Committees have put forth recommendations (“the PRS Legislative Research, Pendency of Cases in Indian Courts, Justice S.R. Das High Court Arrears Committee (1949), The Trevor Harris Committee in West Bengal (1949), the Wanchoo Committee in Uttar Pradesh (1950), Justice J.C. Shah Committee (1972), Satish Chandra Committee (1986) and the Malimath Committee (1990, 2000).” )

6. Speedy justice keeps people’s faith engrained and establishes the balance where mutual trust and confidence between government and public is maintained and enriched. Access to fair trial and speedy justice is deeply rooted in the concept of democracy and regarded as a basic human right. It is in the interest of all concerned that guilt or innocence of the accused is determined as quickly as possible. “There are many problems plaguing the judiciary but the first and foremost is judicial backlog and accessibility to justice for a common person. More than four crore cases are pending in the Courts, which are just lingering along and not reaching their logical conclusion due to three reasons: (i) Lack of judicial infrastructure i.e. lack of subordinates courts, staff etc. (ii) Archaic laws and (iii) Incompetent, inexperienced and unaccountable Public Prosecutors, Standing Councils and Government Advocates.”

7. Right to speedy justice guaranteed under Article 21 is not safeguarded. Judiciary is over-burdened and rendered ineffective with unnecessary litigation, delayed procedures, obsessive concern with the livelihood of Advocates at the cost of justice to litigants and indiscriminate application of writ jurisdiction. “Excessive caseload means that most orders emanating from the Courts would be by nature of granting stays instead of adjudication. Common man have neither means nor access to go through complicated, incomprehensible Court procedures that is why touts are flourishing and justice is suffering. Most citizens avoid Courts except in extreme circumstances, when they have no other recourse available. Failure of the justice system is manifesting in abnormal delays in litigation and huge pendency in Courts. Disposal of cases and conviction rates is very low. There are abnormal delays, even in cases involving grave offences with direct impact on public order and national security. For example, it took more than seven years to convict the murderers of former Prime Minister Sh. Rajiv Gandhi. There are harrowing tales of many citizens accused of petty offences languishing in jails as under-trial prisoners for years”.

8. Right to speedy justice is not a fact or fiction but a Constitutional reality and it has to be given its due respect. “The time has come when the judicial system is revamped and restructured so that injustice does not occur and disfigure the fair and otherwise luminous face of our nascent democracy. The inordinate delay has become a common feature of the Indian judicial system. The dictum 'Justice Delayed' postulates that an unreasonable delay in the administration of justice constitutes an unconscionable denial of justice.”

9. The right to a speedy trial is first mentioned in the landmark document of English law, the Magna Carta. The right to a speedy trial finds expression in the United States of America's Constitution, State Constitutions, State and Federal Statutory Law and State and Federal case law. “In the United States, the right to speedy trial has been derived from a provision of Magna Carta and this right was interpreted and incorporated into the Virginia Declaration of Rights of 1776 and from there into the 6th Amendment of the United States Constitution. The right to speedy trial is an important safeguard to prevent undue and oppressive incarceration prior to trial, to minimize anxiety and concern accompanying public accusation and to limit the possibility that long delay will impair the ability of an accused to defend himself. The guarantee of a speedy trial is one of the most basic rights preserved by the American Constitution, it is one of those fundamental liberties embodied in the Bill of Rights which due process Clause of the 14th Amendment make applicable to the State.”

10. The Supreme Court has time and again made it clear that "speedy trial is the essence to criminal justice and there can be no doubt that the delay in trial by itself constitutes denial of justice". It has further added that there can be no doubt that speedy trial - and by speedy trial we mean a reasonable expeditious trial - is an integral and essential part of fundamental right to life and liberty enshrined in Article 21. “The Preamble enjoins the State to secure social, economic and political justice to all its citizens. Further, the Directive Principles of State Policy declare that the state should strive for a social order in which such justice shall inform all the institutions of national life under Article 38(1). The paramount purpose of speedy trial is to safeguard the innocent from undue punishments but prolonged pendency has created unaccountable barriers in this regard. Huge numbers of cases are pending for years together, which create mental and economic pressures on the litigants.”

Taking into account the above stated facts and circumstances and to reduce the pendency of cases, minimize judicial and procedural error, secure fundamental right of speedy justice, and trust and confidence of common man in the democracy, the letter urged the Hon’ble PM to direct the Ministry of Law and Justice to take appropriate steps to increase the retirement age of Judges of the Subordinate Courts to 65 years and Judges of High Courts and Supreme Court to 70 years, in order to reduce the pendency of cases from 15 to 3 years in line with the Resolution dated 25.10.2009 and to also direct the Law Ministry to implement the recommendations of  the Law Commission and Venkatachaliah Commission on Judicial Reform and also direct the Finance Ministry to allocate sufficient funds from the Consolidated Fund of India to meet the demands of State Judiciary as proposed by the National Commission to Review the Working of the Constitution.