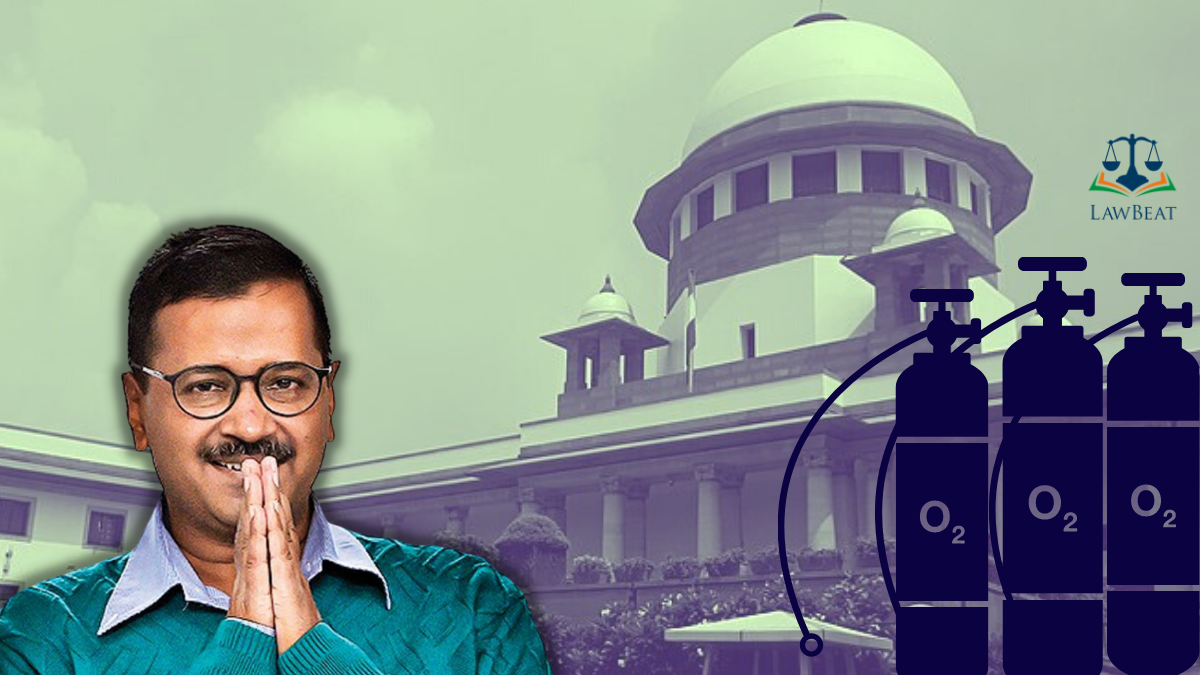 Amid the worst crisis India ever faced, “the Oxygen Crisis” during the ongoing pandemic; Supreme Court of India ordered the formation of a “National Task Force” on 6th May in matter of Union of India vs. Rakesh Malhotra & Anr. for the purposes of the oxygen audit.

According to findings of this report, the Delhi Government exaggerated the oxygen requirement in the city by more than four times during the peak period of the second wave of Covid-19. This act of Delhi government reflected poorly upon the oxygen supplies to 12 other high caseload states.

Following are the 5 main findings of the Audit Panel showing how Arvind Kejriwal led Delhi government placed wrong data before the Central government as well as Supreme Court and hoarded the oxygen quota which could have been provided to states in dire need. Oxygen audit in NCT Delhi was started in late April and is based on 24 hours medical oxygen consumption data. The findings are discussed below-

It was found by Panel that the exaggerated demand of LMO was was a result of various factors combined. One of which was use of wrong formula by the Govt. of Delhi for calculating the actual equipment of LMO for the state on non-ICU beds.

Calculation were then made using both the formulae and discussed. Following data shows how using the wrong formula raised the requirement of LMO by Delhi-

Also, due to the cylinders being not accounted and including a buffer stock, an error of 2 to 3% may be considered.

No. 2: Wrong Data was submitted by officials of Delhi govt.

It was repeatedly noted in the meetings of the panel that there was a gross discrepancy in the data recorded from the proformas  (a data sheet prepared by the Task Force to assess the LMO requiremnet) as compared to data submitted on the online Covid- Portal.

On Covid portal of NCT Delhi, 213 hospitals  were uploading data on the, though the proforma was sent to 260 hospitals. However, response was initially received from 183 hospitals, which included all big hospitals of the city consuming the maximum portion of allocated LMO.

Also, Variation in the number of ICU and Non-ICU beds reported in proforma  compared to total number of 5500 ICU beds and over 18000 Non-ICU beds as stated to be functional by Delhi Govt was huge.

No. 3: LMO storage capacity of Delhi was not consistent with Panel’s data. Infrastructure to store LMO was poor.

It was found by a study done on the storage capacity of LMO of Delhi government was much less than it was asking for. Findings of the study were that average daily consumption of LMO in Delhi was 284 to 372 MTs only. Whereas, the Delhi govt. demanded 700 MT LMO.

There happened to be inadequate availability of tankers and containers to transport LMO to other states. Whereas, four of Delhi containers were reportedly parked at INOX Surajpur due to issue of excess supply an place to store. Slow decantation due to lack of storage was holding up turnaround time for containers.

As per Controller of Explosives, PESO informed that on 13.05.2021 most LMO tanks in delhi were filled with more than 75% capacity, while few were completely filled.

Obviously excess supply was being giving to Delhi.  It is supported by the fact that NCT Delhi picked up only 11 MT LMO form Air Liquide Plant at Panipat on 13.05.2021. Delhi was unable to store all the LMO allotted to it.

No. 4: Delhi Government neglected many factors while calculating the requirements, which could have shown the negative use of LMO.

There were many factors which were ignored by Delhi government while making calculations. If was found by the Panel that with the decline in number of cases, the need of oxygen was dropped as fewer beds were occupied at the hospitals. Delhi government did not consider this factor.

Also, there were many hospitals which had excess oxygen stored and were not using it. Delhi was neither auditing nor assessing its realistic demand to enable GOI to relocate supplies in a fair manner.

The panel finally concluded that actual requirement of Delhi was much less than what was demanded. The discrepancy was assessed near to 4 times in that the actual oxygen consumption claimed (1140 MT) was about 4times higher than the versus calculated consumption by formula for bed capacity (289 MT).