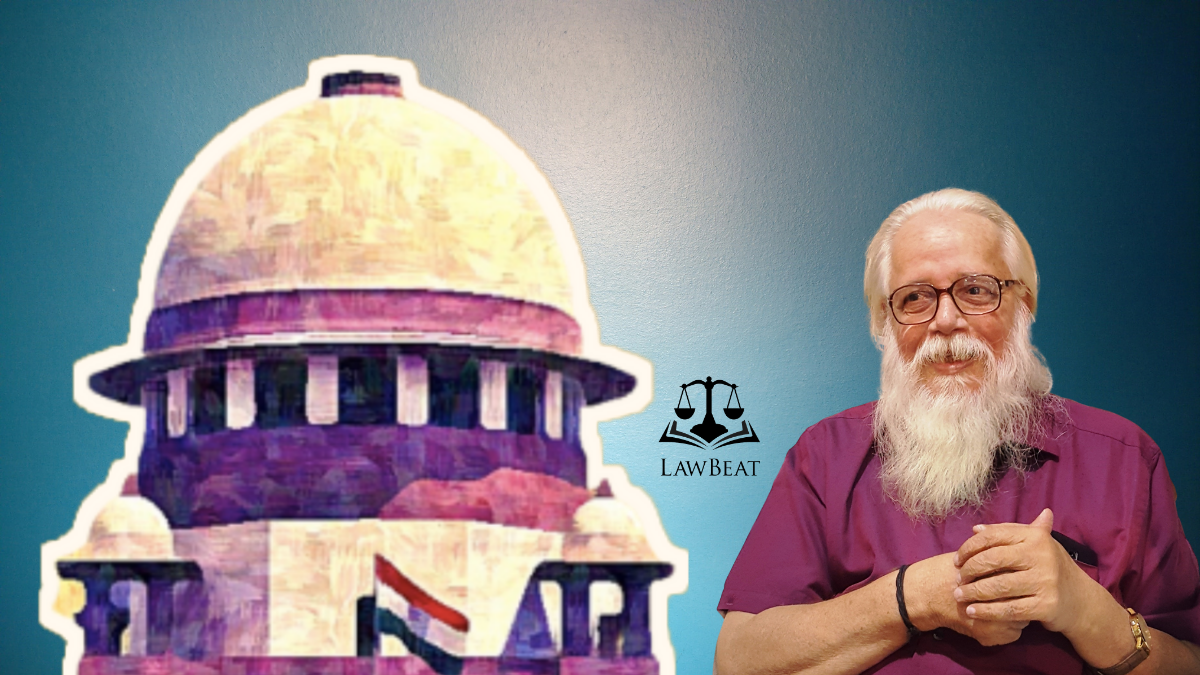 Solicitor General Tushar Mehta stated before a bench led by CJI SA Bobde that the issue be heard, in light of the fact that the Justice DK Jain report has been submitted. The bench stated that the case will be taken up next week.

The development comes after panel appointed by the Supreme Court to probe the illegal arrest of Scientist S. Nambi Narayanan in the ISRO espionage case of 1994 submitted its report to the Apex court.

Narrating the sequence of events that led to an attempt of framing a distinguished scientist Nambi Narayanan, the Centre has urged that strict action be taken against those police officials who had attempted to do so in light of recommendation, if any in the Report.

"It is humbly submitted that it is in public interest that the said Report be accepted on record by this Hon’ble Court and necessary orders/ directions be passed so as to give effect to the suggestions made in the said Report, regarding the steps to be taken against the erring officials. This Hon’ble Court has itself observed while constituting the said Committee that this is a case where criminal law was set in motion without any basis which resulted in wrongful imprisonment, malicious prosecution, severe humiliation and defamation of the appellant," the Central Government has contended.

In September 2018, the Supreme Court had held that the prosecution initiated by Kerala Police in the 1990's in relation to the the ISRO Espionage Case was maliciously moved against the Scientist, causing him immense humiliation. As a result of this, the Kerala Government was directed to pay compensation of Rs. 50 lac to Narayanan. Further to this, a three-member committee was constituted to probe into the illegal arrest of Narayanan.

"If the obtaining factual matrix is adjudged on the aforesaid principles and parameters, there can be no scintilla of doubt that the appellant, a successful scientist having national reputation, has been compelled to undergo immense humiliation. The lackadaisical attitude of the State Police to arrest anyone and put him in police custody has made the appellant to suffer the ignominy. The dignity of a person gets shocked when psycho-pathological treatment is meted out to him. A human being cries for justice when he feels that the insensible act has crucified his self-respect. That warrants grant of compensation under the public law remedy. We are absolutely conscious that a civil suit has been filed for grant of compensation. That will not debar the constitutional court to grant compensation taking recourse to public law. The Court cannot lose sight of the wrongful imprisonment, malicious prosecution, the humiliation and the defamation faced by the appellant."

In this context, the Centre has contended before Top Court that since the Supreme Court had already observed that,

"This Hon’ble Court has strongly observed that criminal law was set into motion on a fanciful notion of the State Government. It was noting the “cynical abhorrence” faced by the appellant, that this Hon’ble Court invoked the public law remedy for grant of compensation for violation of the appellant’s fundamental right under Article 21".
- Centre Tells Supreme Court

It is pertinent to note that the CBI which took over the case in 1996 also had observed that "the ISRO espionage case accusing Narayanan of wrongdoing is false, and there is no evidence to back the charges".