“It is not enough to proudly say that women were kept at par by adopting the criteria similar to the male counterparts”: Supreme Court Strikes Down The Criteria Adopted By Army To Grant Permanent Commission To Women SSC Officers 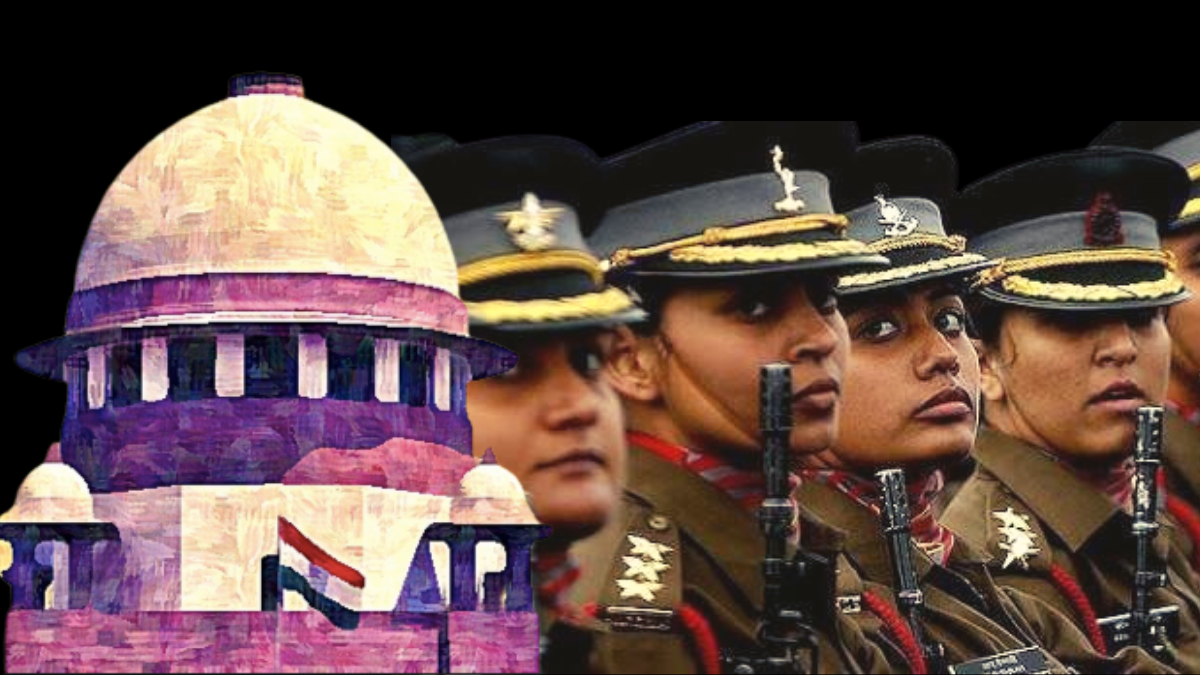 The Division Bench comprising Justice DY Chandrachud & Justice MR Shah in the matter Nitisha v. Union of India & Ors| WP(C) 1109 of 2020 has struck down the criteria adopted for the implementation of Permanent Commission (“PC”) & other related benefits as granted by the Apex Court on February 17, 2020, in Secretary, Ministry Of Defence vs. Babita Puniya & Ors, as arbitrary but has agreed that they will have to meet the general physical standards.

“Criteria adopted by the army for benchmarking in the form of ACR is discriminatory & arbitrary as it works to the disadvantage of the women officers who wanted to opt for PC.”, Justice DY Chandrachud remarked while reading the paragraph  from the 137 page judgement.

In the present matter, the Bench was hearing the pleas filed by women SSC officers challenging the criteria for being considered eligible for grant of PC.

As per the figures, 422 women officers were found fit for PC out of a total of 615 women officers & 193 were not granted PC due to them being unfit as per the “Medical Yardstick.”

In the plea, it was contended by the Petitioner’s Counsel that the threshold & criteria that were applied to a male officer after 5 years are what was being applied to a lady officer after 15 years. The Counsel also contended that ACR’s played a crucial role in ineligibility as the same accounted for 80 marks (60 for ACR & followed by further marks) out of 100 & when the same was drafted for female counterparts, the fact that they were not going to be considered for PC was taken into consideration.

According to the Court’s order that allowed women to serve as Permanent Commissioned Officers in 10 combat support arms & services of the Indian Army, the Government issued a formal Government Sanction Letter (GSL) to Short Service Commissioned (SSC) women officers in all 10 streams of the Army. A Selection Board consisting of 5 members headed by the Senior General Officer, which included a woman officer of the rank of Brigadier, came into effect on September 14, 2021. Woman officers were allowed to witness the proceedings as observers to add transparency to the process & all those who qualified for the screening process were to be granted PC subject to being in the acceptable medical category.

Criteria for Grant of Permanent Commission

The grant of PC is dependent on the Annual Confidential Report (ACR) in the first 10 years of service, a ‘Shape 1’ (an acronym where S stands for psychiatric, H for hearing, A for appendages, P is for physical and E is for eye sight) medical category & discipline & vigilance clearance. Further, the counterparts are also required to clear the threshold of 60% which is set keeping into consideration the marks obtained by the 25oth selected male candidate of the 1994 batch. As per the breakup for allotment of marks,

The Bench observed that, “Since there is a cut off, and a minimum cut off is 60%. The evaluation of comparatives is necessary. There is a fundamental fallacy in the arguments advanced by the Army.”

In this context, the Bench further remarked that,

“The statistics which have been advanced by army authorities disclose two things:

1. The 250 ceiling has not been crossed till 2010. The statistics which have been placed on record completely demolish the case of Benchmarking.

2. But in some years, the ceiling was crossed but this shows that the Benchmarking has not been followed consistently.”

Thus, while disposing of the petition, the Bench noted the following:

“It is now an admitted position that the distinguished achievement after 5th & 10th year have been ignored. Distinguished women SSC officers such as Lt Col Shikha Yadav and other several women officers who have achieved exemplified achievements but all these criteria have been ignored.Process by which women SSC officers were evaluated did not redress the harm of gender discrimination that was identified in Babita Puniya.”, the Court noted.