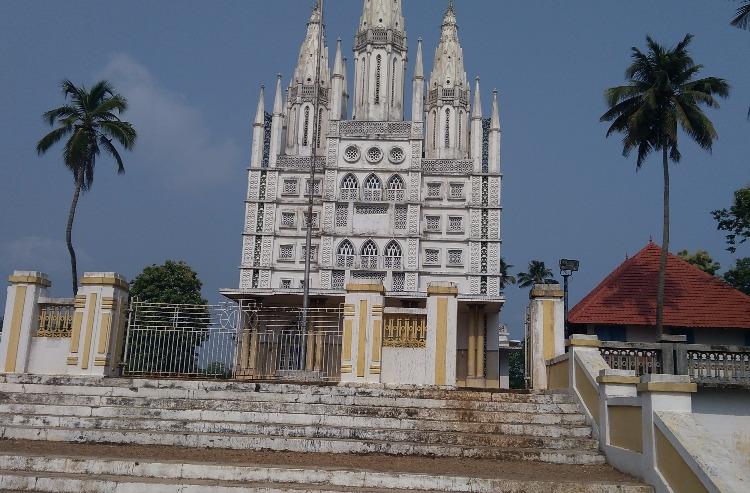 Hearing a petition seeking relief in a feud over construction of a church, the Kerala High Court at Ernakulam on Thursday stayed a State Government  order, wherein the power to grant clearance to construct a religious building exercised by the District Administration has been entrusted with the Local Self Government Authorities.

“Section 174 of the Kerala Panchayat Raj Act empowers the State Government to delegate any of its function to the Panchayat Institutions. However, in the light of Article 243G and Schedule 11 of the Constitution of India and even otherwise, whether the State Government can delegate essential sovereign function like gathering of intelligence information to the Panchayat Institutions, is an important issue arising in this writ petition……

In such circumstances, this Court finds that the legal issues arising in this writ petition are important and are to be looked into and heard in detail.”

The present subject matter arose when Kerala State Government brought an amendment during year 2021 to ‘The manual of Guidelines to Prevent and Control Communal Disturbances and to Promote Communal Harmony’ which empowered the respective local self-government institutions to grant permission for the construction of religious place. According to this amendment, instead of prior permission from the District Collector (DC), prior permission from the Local Self-Government authority would be sufficient.

As a result of the aforementioned amendment, on 08.03.2021 a building permit was issued to 24 persons at Challissery in Palakkad belonging to another (the Jacobite) faction of the Church to construct a Church adjacent to the property of St. Peters and St. Paul’s Orthodox Church, Chalissery without the prior approval of the Collector.

There has been a history of feuds between both the Jacobite and Orthodox (the petitioner) faction of the Malankara Church due to which St. Peter’s and St. Paul’s Church, Chalissery has witnessed several religious tensions.

On 01.06.2021, the petitioners (St. Peter’s and St. Paul’s Syrian Orthodox Church) challenged the building permit and the amendment to Manual of guidelines in a writ petition before the Kerala High Court stating that in a previous matter The Kerala High Court has asserted that law and order situation is prevailing in the vicinities of the church and there is every chance that breach of law and order takes place.

Relying on the Paragraphs 23 and 23(a) of the Manual of Guidelines to Prevent and Control Communal Disturbances and to Promote Communal Harmony that require prior permission from the District Collector as a must in order to construct a new religious place, the petitioners contended that the amendment to manual is absolutely arbitrary, illegal and liable to be set aside because it has been issued without any rhyme and reason.

Along with that it was pointed out by the petitioners that, still under the Kerala Panchayat Building Rules, 2019; as per Rule 5(4), NOC of the District Collector is necessary for construction of religious places.

It was further contended by the petitioners that the concerned amendment is in absolute violation of the guidelines of the Central Government as well the Kerala Panchayat Building Rules, 2019.

Going through the arguments of both the parties and highlighting Paragraphs 23 and 23(a) of the manual the court observed,

“Construction of religious places of worship has been often causing communal tensions and law and order situation……… Therefore, pending the writ petition, there will be an interim order staying the operation of Ext.P8 (the permit) and Ext.P11 (the Government Order) pending disposal of the writ petition.”

However, the Bench gave liberty to proceed with the disputed proposed construction in accordance with the law i.e. after obtaining clearance from the District Administration pending the writ petition.