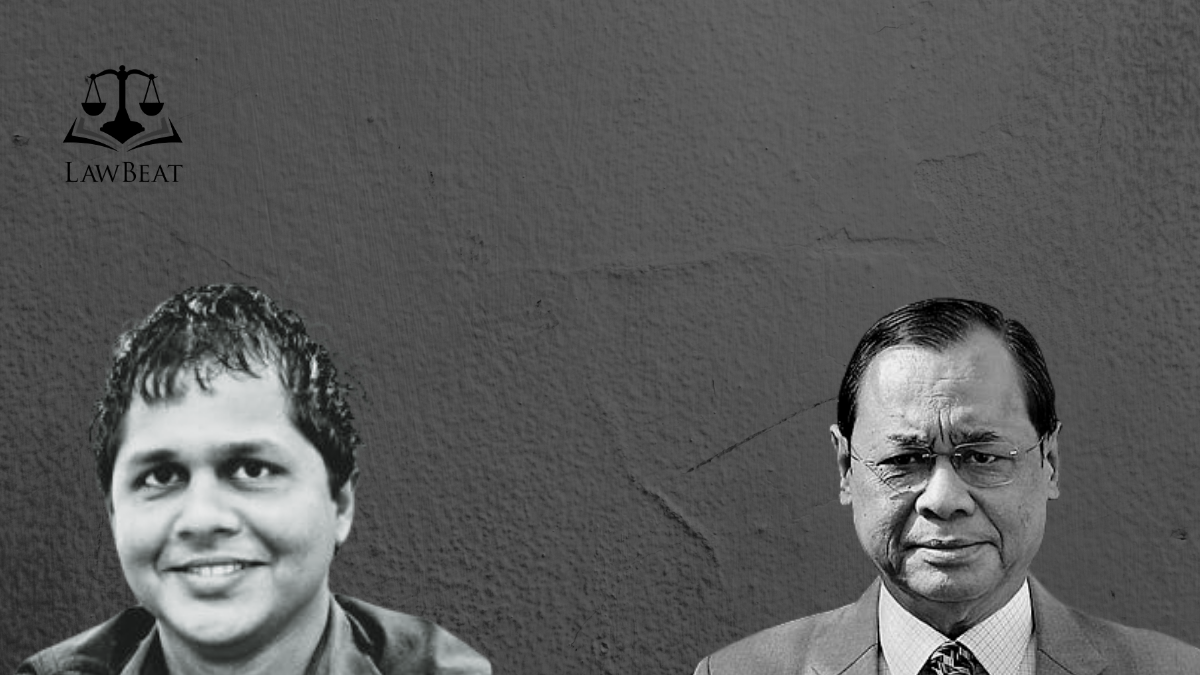 Saket Gokhale has moved an application addressing the Learned Attorney General, Shri K.K. Venugopal, to invoke powers under S.15 of the Contempt of Courts Act, 1971, against the former CJI for his recent comments made at India Today Conclave.

The Application says, “These statements, especially coming from a former CJ of India, who is now a Parliamentarian, constitute a gross Contempt of Court and undermine the status of the Hon’ble Supreme Court especially considering they come from not a layperson but from someone who sat on the highest seat of our judiciary.”

1. “You want a 5 Trillion Dollar economy but you have a ramshackled judiciary.”

2. “If you were to go to the Court, you’d be only washing dirty linen in the court. You won’t get a verdict. I have no hesitation in saying it.”

3. “Only corporations, willing to take chances with their million of rupees go to the Supreme Court.”

4. “What is your opinion of the Judiciary? Not very positive.”

5. The judicial system has not worked for more reason than one.

6. Unfortunately, there are many judges who are succumbing to criticism made in the media.

“It is stressed again here that contemptuous comments such as these made by a former Chief Justice of India carry far more weight and result in a major scandalization of the judiciary as compared to when they’re made by a layperson”, the application adds.

Gokhale has also stated that the allegedly contemptuos remarks such as those made by the Ex-CJI carry far more weight and result in a major scandalisation of the judiciary as compared to when they're made by a lay person.

"Moreover, precedent established by your office in granting prosecution consent to contempt cases against comedian Kunal Kamra and Rachita Taneja have established a benchmark for what constitutes contempt of court in your opinion. The comments made by former CJI sh. Ranjan Gogoi are far more contemptous in their degree and seriousness in scandalising the Hon'ble Supreme Court than the innocous tweets made by the two other above-named individuals."