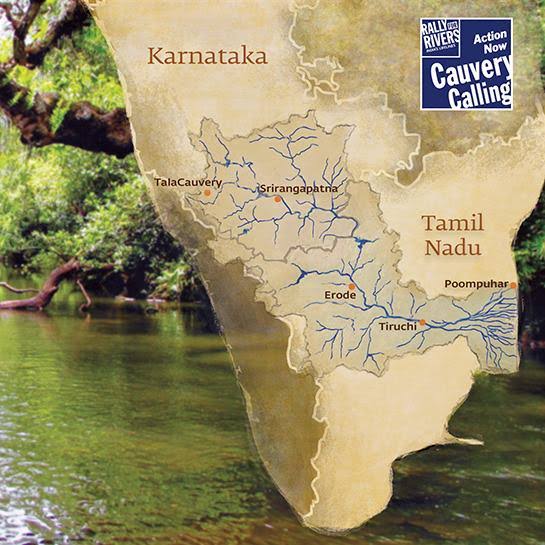 The court said in this regard, “The loss caused to the environment can only be made good by planting new trees and in the present case, saplings have been planted by educating the landowners.”

The plea had alleged that the Foundations’ collection of Rs. 42/- per tree for planting 253 crores trees was disturbing the public. Calling the petitioner a chronic litigant who has filed frivolous PILs earlier too, the Karnataka High Court dismissed the PIL against the Cauvery Calling project.

The division bench of Acting Chief Justice Satish Chandra Sharma and Justice Sachin Shankar Magadum said, it "failed to understand as to what purpose the PIL was going to serve and for what aim and object it had been filed as the concerned project being a private project was not State-funded and the tree saplings had been planted on private land only."

Isha Foundation had earlier advertised to the public its plans to plant 253 crore trees across the Cauvery river from the originating point of the river under the project “Cauvery Calling”. A rally was also organized to collect funds at Rs. 42/tree from the public.

The total collected amount comes down to Rs. 10,626 crores, and the petitioner alleged that collection of such a huge amount of money by the Foundation is disturbing.

The court also took note of the state government’s categorical stand that the Cauvery Calling project is not a state project and the planting of saplings is not being done on Government or public land.

“Hence, the question of interference by this Court in a noble project like “Cauvery Calling” does not arise,” the court held.

It further noted that India has lost a very high percentage of forest coverage and even during the Covid-19 pandemic the rate of losing forest cover was very alarming.

“The global trend is also worrying and we are losing the forest cover at an alarming rate”, court said.

Significantly, taking note of the material on record, the court held that "the entire project of Cauvery Calling project is aimed to bring the river Cauvery back to her glory and to save the eco system of river including the flora, fauna and the soil and ultimately and most importantly to save the farmers, who are depending upon the river water for their livelihood."

It also stated that with an earlier order, the court had to restrain the lawyer petitioner from prosecuting the present petition as a pro-bono litigant, as it seemed that in order to gain cheap publicity, he had started obstructing the noble object of Isha Outreach.

Therefore, the court opined that the petition deserved to be dismissed. However, it refrained from imposing costs as at a later stage during the litigation, on account of the conduct of the petitioner, the petition had been converted into a suo moto PIL.