'The Kashmir Files' is a propaganda piece, promotes hatred against Muslim community: PIL in Bombay High Court seeks stay on release of film 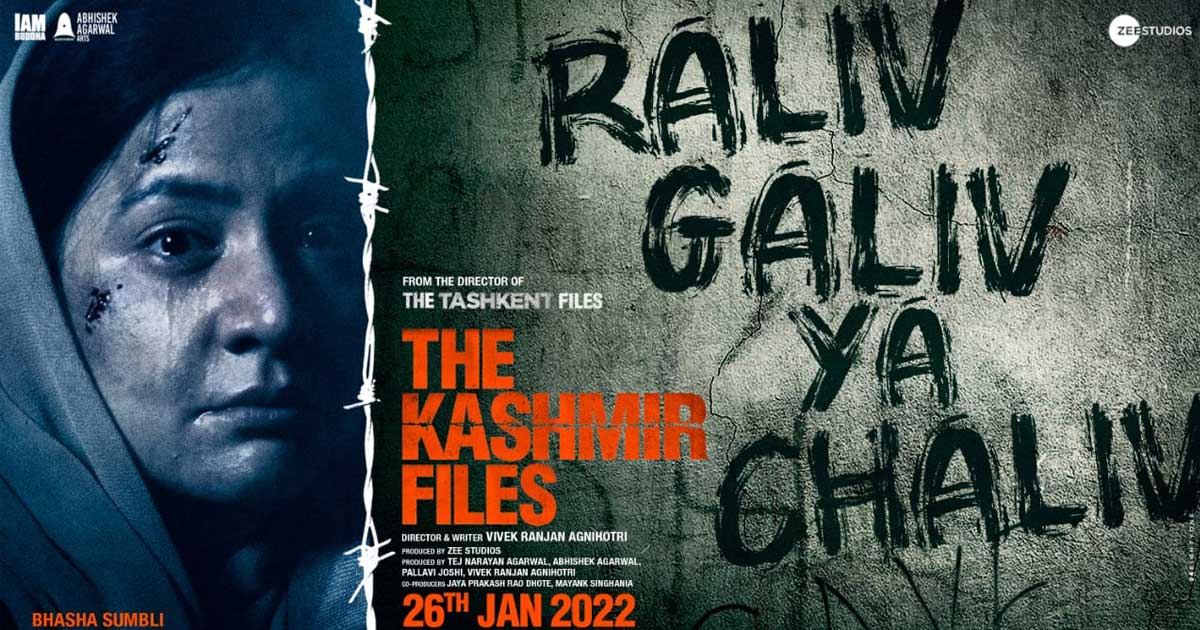 A Public Interest Litigation has been filed in the Bombay High Court by one Intezar Hussain Sayed, a resident of Uttar Pradesh seeking stalling of release of the film The Kashmir Files, directed by Vivek Agnihotri. The film is set for release on March 11, 2022.

Sayed has claimed that scenes from film's trailer shows that the movie is based around the killing of Kashmiri Pandits by Muslims and it is clearly evident that the whole movie will also be portraying a "targeted one-sided view of the incident" which hurts the muslim community & ignite "emotions and inflame members of the Hindu Community".

"The trailer of the movie The Kashmir Files was uploaded on YT channel of Zee studios on February 21, 2022 and from the first second of the trailer a graffiti of the phrase 'Musalmano Jago Kafiro Bhago' can be seen written on the wall which sets the tone of the film with potency of causing communal imbalance between Hindu & Muslim Community"

He has stated that there is possibility that the release of the film may trigger violence and immeasurable destruction in all active parts of India.

Sayed has contended that the movie as seen from the trailer "hurts the religious feelings of the people of India, more particularly the muslim community" and has a "very potent mixture of inflammatory scenes which are bound to cause communal violence in the prevailing circumstances in the country".

Furthermore, he contends that the movie is a work of "propaganda", depicting "one-sided inflammatory incendiary work" and promotes hatred against the Muslims, thus it falls under reasonable restrictions to Article 19(2) of the Constitution.

In this context, Sayed has sought directions from the court to pull down/delete the said trailer from Youtube and other social media platforms and stay the release of the film.