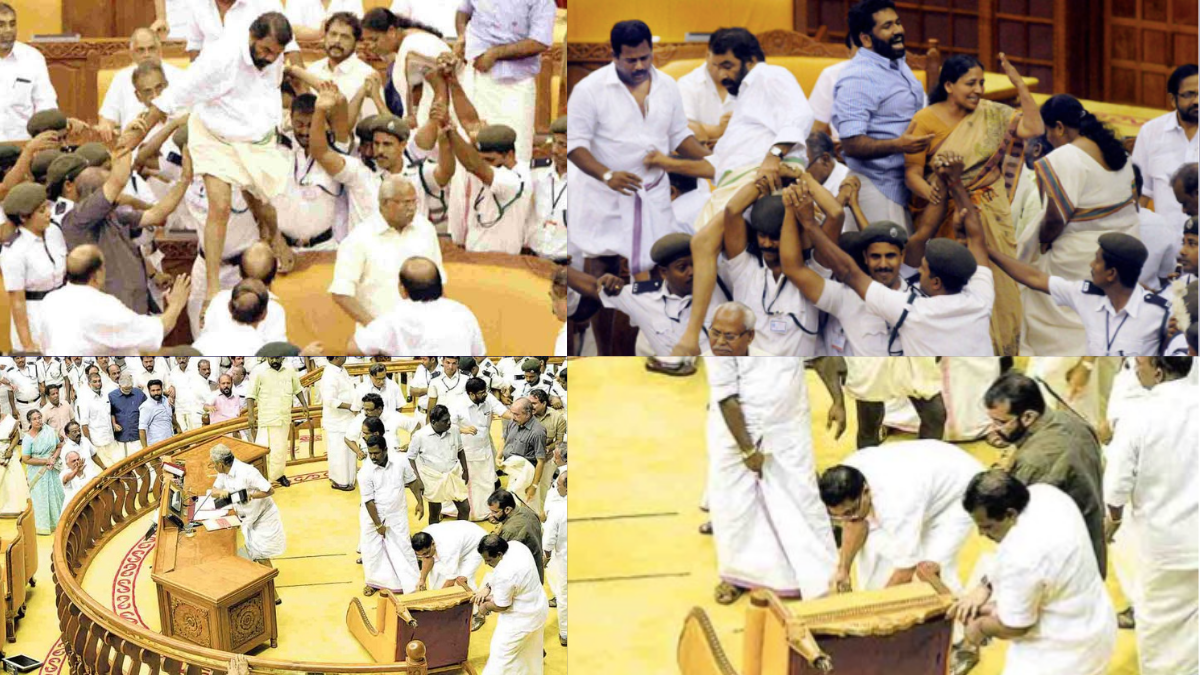 “There’s a lot of heat between advocates in Court too, but does that justify disrupting court property? There is liberty to cast vote & they have freedom of speech & expression, ”

This happened after Senior Advocate Ranjit Kumar submitted that,

“This is a case of political manifestation between 2 parties & any incident that happens between both parties would attract media attention.”

Mr. Kumar commenced his arguments while explaining the facts of the case wherein he submitted that while the then government was presenting the Finance Budget, charges of corruption and nepotism were made against it.

This thereafter resulted in a ruckus in the course of which lady members of the opposition parties were hurt and taken to the hospital in a stretcher.

The matter is currently being heard before a Division bench of Justice DY Chandrachud and Justice MR Shah.

Replying to Justice Chandrachud, Senior Advocate Ranjit Kumar submitted that the House had the prerogative to take action against MLAs for creating ruckus in the Assembly in 2015.

“Suppose a member takes out a revolver, just suppose. Is that justifiable? Is it in the interest of justice to throw things and damage material at the sanctum sanctorum of democracy” asked Justice Chandrachud.

“Mr Kumar, you're forgetting one thing. These are alleged out of Section 321 CrPC, 1973. We’ll just have to restrict if withdrawal of prosecution was justified in public interest?” Justice MR Shah added.

Senior Advocate Kumar while citing Sheo Nandan Paswan v State of Bihar submitted that the rules of the house prohibited the Legislative Secretary from making any complaint. He also contended that the Court was going in an adjudicatory manner while it considered destruction of property.

“The Government thought to withdraw the cases against the CPM leaders to restore peace and that the incident happened outside the house,” Senior Advocate Kumar argued.

“A protest is also a speech & it is a manner of freedom of speech & that right is given. Maybe it was the breaking of some furniture but it still is a form of protest. Even under labour law that is an approved form of protest.”

Appearing for the K Ajith, Senior Advocate Jaideep Gupta submitted that his principle argument was that there was a significant difference in approach between minority and majority in Sheo Nandan Paswan v. State of Bihar.

He further submitted that,

“I cannot add anything to what the PP has said. That he has said clearly. He has also said that this is a political issue. Leave aside the principles, what is it that we are considering?”

To substantiate his argument, Senior Advocate Jaideep Gupta contended that

“In 2015, there was ruckus & in that , property was destroyed. Today a new government has come into place. If PP feels that this was a political issue & there is no reason to agitate it & that it would be subject matter of the media, it's a valid ground for withdrawal.”

“Is it a situation where a decision taken place by the PP destroys the law of the land? This is my primary submission. I cannot go into defence,”

On the last date Bench of Justice DY Chandrachud and Justice MR Shah while condemning the behaviour of MP’s and MLA’s had remarked, “What we're trying to tell you is we cannot condone the behaviour of this kind of MLA who throws mic & destroys public property while a bill is being laid. ”

The observation come against the backdrop of plea by Kerala Government wherein they also sought a stay on the order of the High Court dated March 12, 2021 in which it had rejected the plea against an order of dismissal by the chief Judicial Magistrate's Court at Thiruvananthapuram, seeking permission to withdraw prosecution from the accused ministers.

The High Court had noted in its order dated March 12, 2021 that the question was whether the acts allegedly committed by the accused, which, if proven, would be offences punishable under the Indian Penal Code, are to be reckoned as part of the proceedings of the House, for the purpose of their protection.

The matter will now be heard post lunch wherein Senior Advocate Mahesh Jethmalani will argue for the respondent caveator opposing the petition.