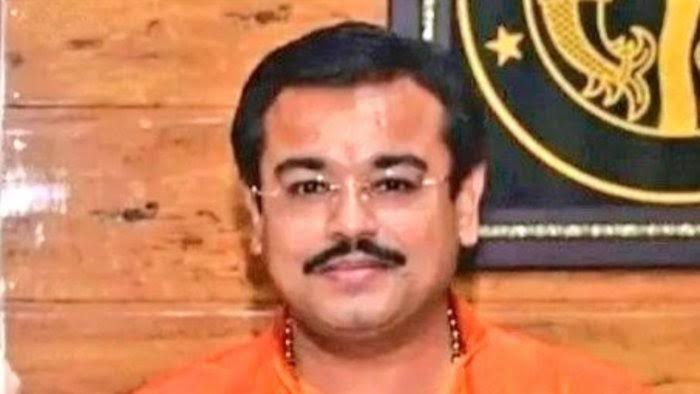 The Uttar Pradesh Police have arrested Ashish Mishra, in connection with the Lakhimpur Kheri violence case. He has been accused of running his car over protesting farmers and killing them. It is to be noted that he is the son of Member of Parliament and Union Mister of State for Home Affairs, Ajay Mishra.

He was served a notice under Section 160 of Code of Criminal Procedure,1973, and had appeared before the Crime Branch Office at Lakhimpur Kheri today at 11 AM. Ashish had been named in a First Information Report (FIR) for murder, criminal conspiracy in connection with the killings at Lakhimpur Kheri. According to some media reports, he has provided some evidence to prove he was not in the car that ran over protesting farmers at Lakhimpur Kheri.

Also according to media reports, the UP police has arrested 2 people in connection with the case and had pasted a notice in front of Ashish Mishra asking him to appear before them.

A Supreme Court bench consisting of Chief Justice (CJI) Ramana, Justices Surya Kant and Hima Koli had on Friday expressed that it wasn’t satisfied with the conduct of the investigation in the Lakhimpur Kheri incident and it will not comment on it given how sensitive the issue is.

Sr. Adv. Harish Salve, appearing for the UP government had informed the court that a notice has been issued to Ashish Mishra and he has been asked to appear before them for questioning, and in case of his failure to discharge so, rigours of law will be triggered against him.