Lakhimpur Kheri Violence: Top Court grants interim bail of 8 weeks to Ashish Mishra; asks him to leave UP within 1 week of release 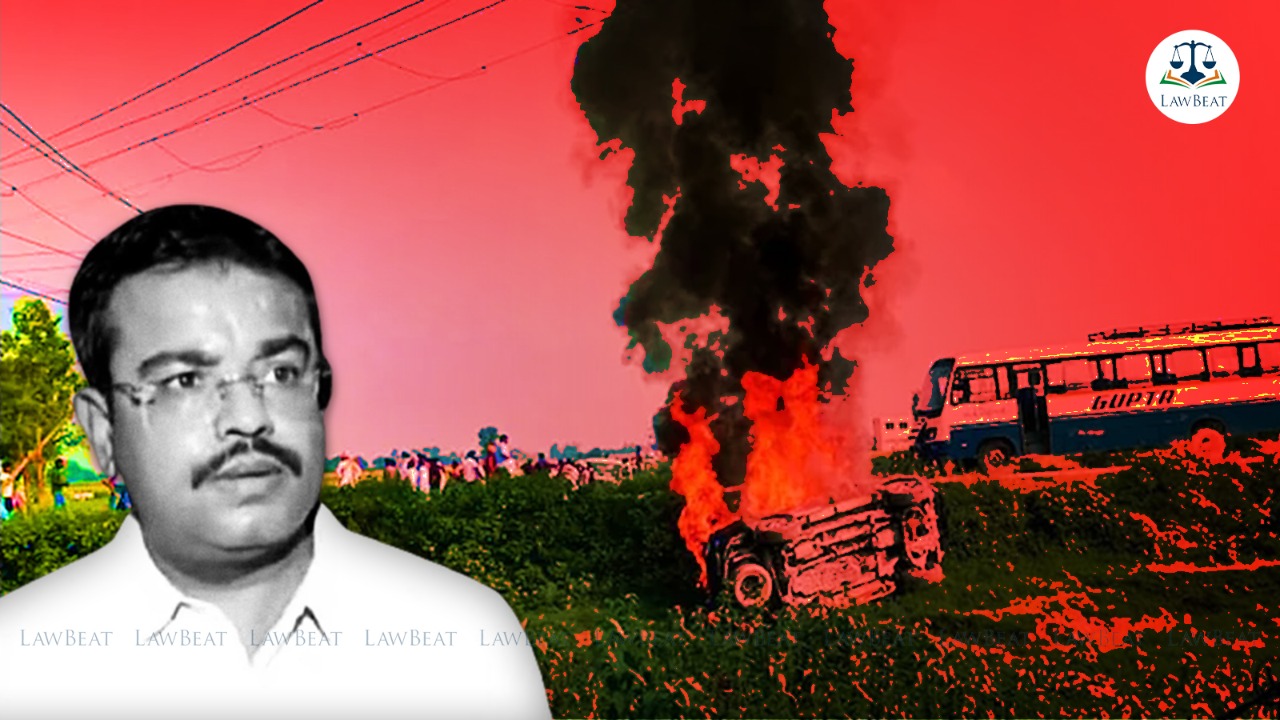 In December last year, the top court had asked for a tentative schedule for affirming the time it will take to conclude the trial against the accused persons in Lakhimpur Kheri violence case.

The Supreme Court today granted interim bail of eight weeks to Ashish Mishra, son of Union Minister Ajay Mishra Teni, in the case registered over the Lakhimpur Kheri violence of October 3, 2021 in which a vehicle rammed into a farmers’ protest against the three farm laws passed by the Union Government, killing two BJP workers, a driver and a journalist.

Court has directed Mishra to leave the State of Uttar Pradesh within one week after his release from jail.

"Petitioner to give his passport to the trial court, and will not enter the state of Uttar Pradesh, apart from his appearance for trial proceedings", Court has ordered.

Adding that Mishra will not stay in UP or the NCT of Delhi, Court has said, "The petitioner has to mark his attendance at the police station of jurisdiction where he relocates to."

The case will now be taken up on March 14 again for further directions on the matter.

These directions were passed by a bench of Justices Surya Kant and JK Maheshwari while considering the balance of interest of the accused and the victims.

Supreme Court last week had reserved its verdict in the bail plea filed by Mishra.

When the matter was taken up, a division bench of Justices Surya Kant and JK Maheshwari had observed that since the trial in the case might take 5 years to conclude, as informed on the last hearing and thus, there could not be indefinite incarceration of the accused.

Earlier, Court was informed that the trial in the case would likely be completed in five years' time. A bench of Justices Surya Kant and V Ramasubramaniam had then asked UP's Additional Advocate General, Garima Prashad if any accused, in the other case emanating from the other FIR registered in the matter, had been arrested.

In December 2022, the Supreme Court directed the Registrar (Judicial) to enquire about the expected time it will take to complete the trial from the first additional sessions judge at Lakhimpur Kheri. The State of Uttar Pradesh had also been directed to file an additional affidavit stipulating the pace of the investigation in the case.

A bench of Justices Surya Kant & Krishna Murari had also contemplated on the need to balance the rights of the accused persons behind the Lakhimpur Kheri incident with those of the victims and witnesses.

While the court was hearing the bail plea of Union Minister Ajay Mishra Teni's son, Ashish Mishra, who is the prime accused in the case and who is in jail since October 10, 2021, it had remarked, “The accused also has rights just as the victims, how long can he be kept in jail?"

Ashish Mishra is one of the 13 accused persons who have been held for murder, criminal conspiracy and certain other offences in the violence case.

On April 18, the Supreme Court cancelled the bail given to Ashish Mishra by the Allahabad High Court. Earlier, the bail pleas of Mishra and two others had been rejected by the Lakhimpur Kheri District and Sessions court on November 15, 2021.

The case is being investigated by a Special Investigation Team which is being monitored by Justice (Retd) Rakesh Kumar Jain of Punjab and Haryana High Court.