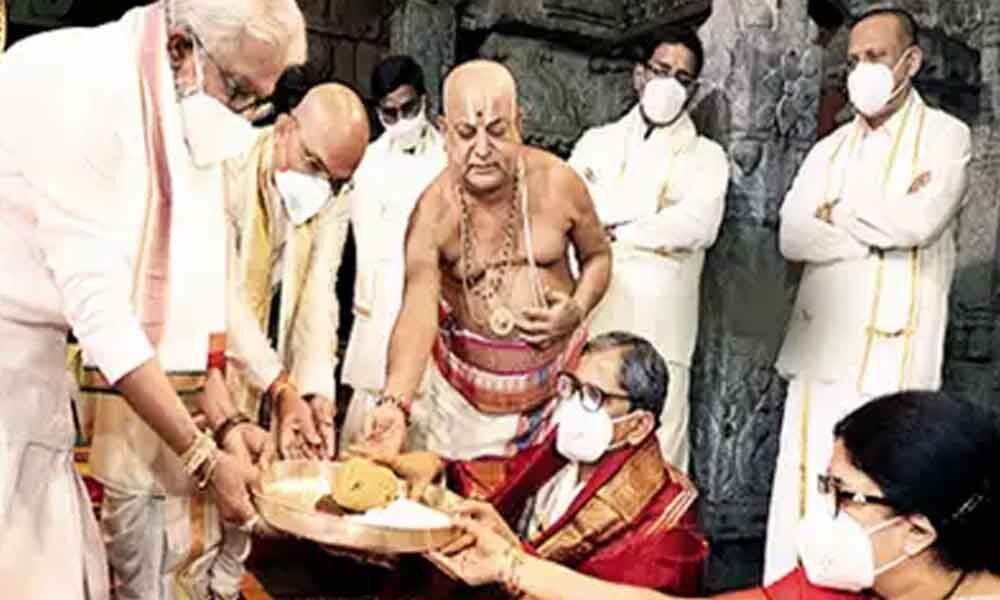 After being sworn as the 48th Chief Justice of India on April 24, 2021, the Hon’ble CJI NV Ramana accompanied by his wife Smt N Sivamala visited the Tirumala Temple in Andhra Pradesh on June 11, 2021 for the first time.

As per the tradition, Chief Justice of India along with his family, was accorded welcome on his arrival at the main entrance of the temple amidst chanting of Vedic hymns by Veda pandits.

Later he received the “prasadam” with the blessings from priests at Ranganayakula Mandapam.

The CJI told Sri Venkateswara Bhakti Channel (SVBC) that there have been many miracles in his life and lord Venkateswara’s blessings have led him to the highest judicial office in the Country. The CJI also said that he would work and keep the Indian Judiciary’s flag flying high with Lord’s blessings.

The CJI and his wife also paid a visit to the temple and prayed at the “dwajasthambam”.

The story has been published via a syndicated food, only the headline has been changed.