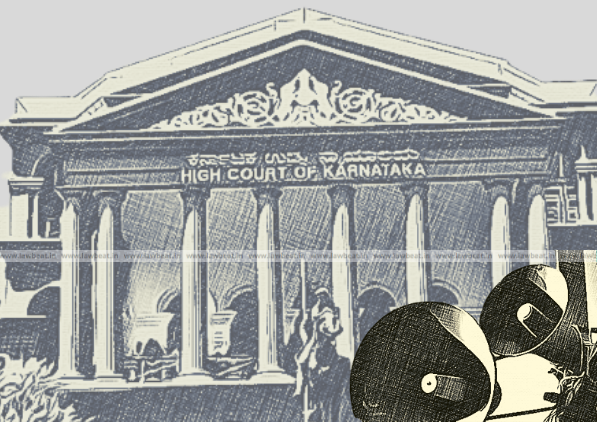 The Karnataka High Court has recently laid down guidelines that are required to be implemented by states vis-a-vis noise pollution.

A Division Bench comprising Chief Justice Abhay Shreeniwas Oka and Justice Sachin Shankar Magadum was hearing a petition filed by Advocate Jagadeesha B N, wherein the petitioner had prayed that the guidelines with respect to noise pollution be implemented by the State.

One of the prayers in the writ petition called for the implementation of directions issued by the Supreme Court in the case of Noise Pollution (V), In Re.

The main grievance being, that at the places of religion in the state, sound amplifiers and speakers are being used which are violating the Noise Pollution (Regulation and Control) Rules, 2000.

“Before this Court, some petitions were placed in which instances of the places of religion violating the said Rules of 2000 were pointed out.”

The bench referred to the case of Church of God (Full Gospel) in India v. K.K.R. Majestic Colony Welfare Association and Others, and stressed upon the issue that "no religion prescribes that prayers should be performed by disturbing the peace of others" and that "everyone is entitled to enjoy reasonable quietness during their leisure hours without there being any nuisance of noise pollution".

Hence, the court in the light of the law laid down by the Apex Court in both the above mentioned decisions went ahead to say that the State Government should “issue directions to the police machinery as well as the State Pollution Control Board to initiate action against those who are using sound amplifiers and loud speakers at the place of religion in violation of the said Rules of 2000.”

The learned Additional Government Advocate on 11.01.2021 had requested for more time from the court, whereas the court in their order on 11.01.2021 said –

On 8th February when the court again took up the matter, the Additional Government Advocate sought for more time from the court to comply with the order dated 11.01.2021.

The court has extended the time as a last chance till 16th February 2021.