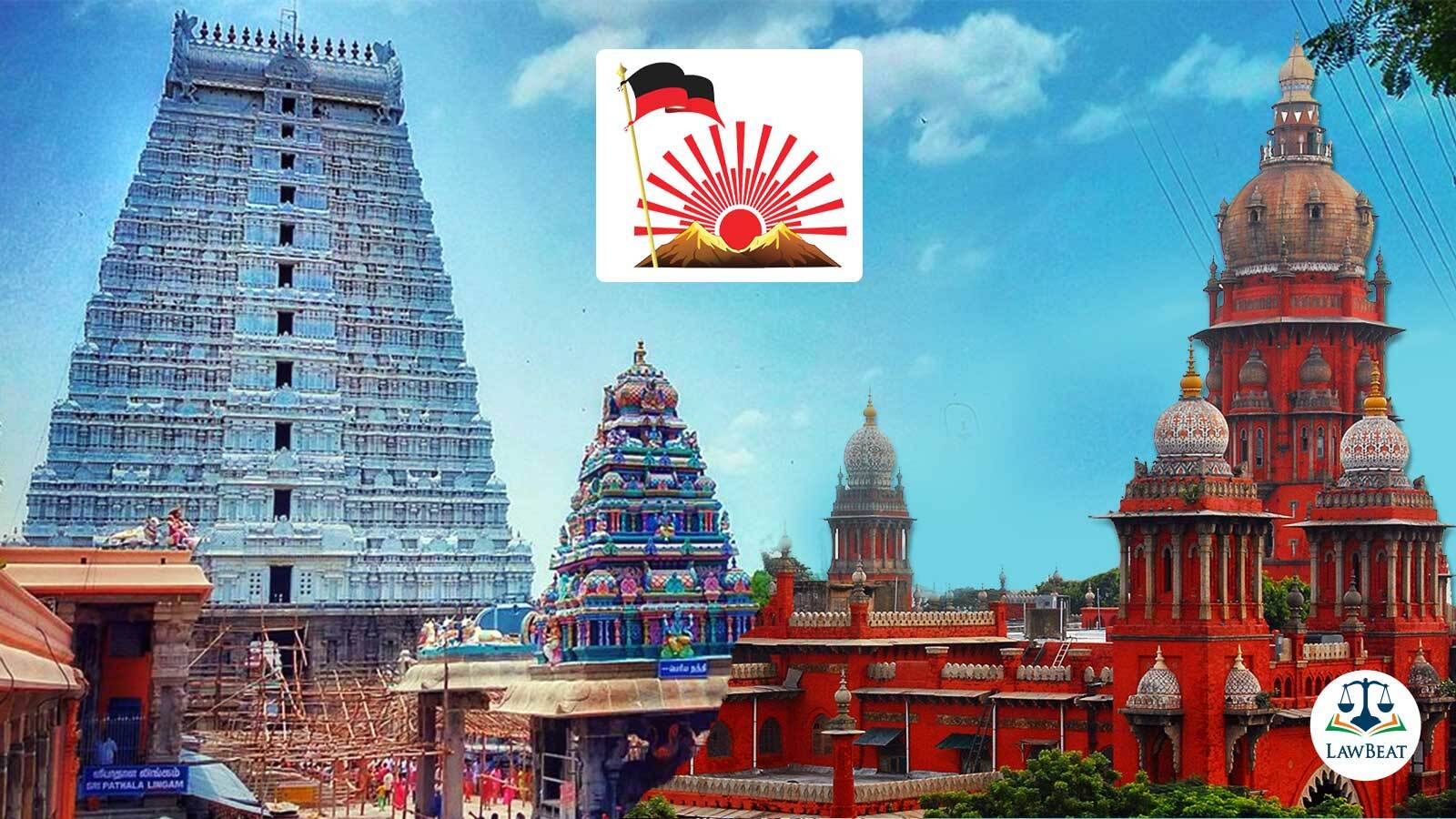 A Vacation Bench of Madras High Court consisting of Justices S.M.Subramaiam and Sathyanarayana Prasad have stayed the erection of a DMK leader M.Karunanidhi in Thiruvannamalai in "Girivalam" part near Arunachaleshwara Temple.

The order was passed in the plea that proposed illegal construction would cause traffic congestion in that locality as lakhs of devotees of Arunachaleswarar Temple use the area as the pathway for “Girivalam”, a monthly ritual.

On May 18, 2022 the petitioner contended that the DMK party men in collusion with the authorities have encroached the public land where a water culvert connecting the town water channel with a river called “Nochi Eri” is situated. It was further stated that during the monsoon season, the flow of water would be overwhelming and any construction over the channel would truncate or disrupt the flow of water and would flood the area.

It is also the case of the petitioner that the property has been acquired for the purpose of installing a statue or idol of M.Karunanidhi, former president of DMK. It was contended that the members of the party have not only accommodated the said 215 sq.ft of land for erecting the statue but an additional 300 sq.ft. of public area has been encroached upon and huge R.C.C. pillars have been erected, adversely impacting an already congested junction.

The counsel for the respondents had argued that the present writ petition is filed with a political motive and further, the petitioner is in no way connected with the issue raised and therefore, the petition is to be rejected.

Court on hearing the contentions of the parties noted, “Considering the allegations and counter allegations, this Court is of the considered opinion that the petitioner has raised serious allegations regarding the encroachment, which will cause inconvenience to the public at large, more so, the alleged encroachment is a place, which is being used by the lakhs and lakhs of people for “Girivalam” in Tiruvannamalai.”

Court, thus, granted an order of status quo and directed the District Collector to conduct an inspection, ascertain the facts as on that day and file a report on whether there is any encroachment in that locality.

On May 19, 2022, the district collector informed the court that he has to collect details from the relevant authorities to ascertain whether the land has been encroached on or not. Court directed the District Collector to collect the details and file a detailed report in the form of sworn affidavit in this regard.

Court held that In view of the facts and circumstances it is granting an interim injunction restraining the DMK party men from in any way laying or erecting a statue or putting up any further construction in the property and its surrounding area till the disposal of the writ petition.