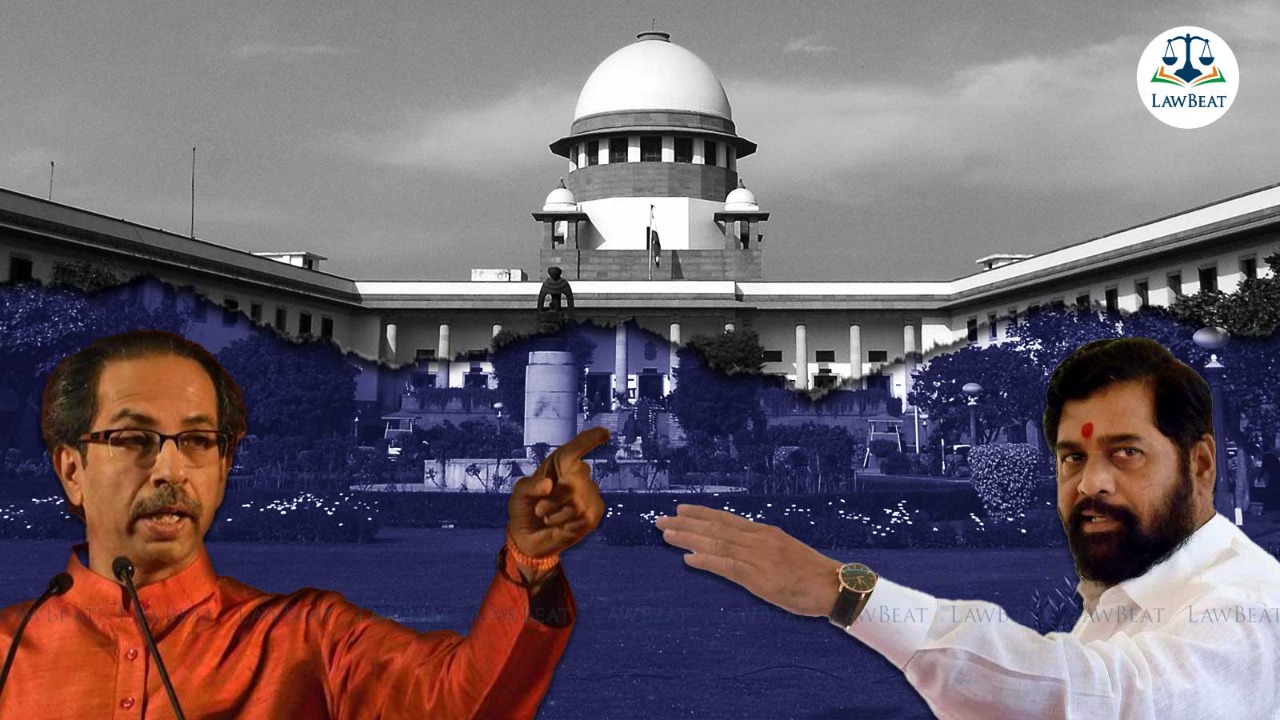 The Chief Justice of India NV Ramana has asked the Solicitor General Tushar Mehta to ask the Speaker not to take any decision in the matter related to the disqualification of MLAs.

The Supreme Court on Monday orally asked the Maharashtra Legislative Assembly Speaker to not decide matters pertaining to the disqualification of the Maharashtra Legislative Assembly Members till the petitions filed by the delinquent MLAs of Shiv Sena challenging the disqualification proceedings are pending before the Apex Court.

The Chief Justice of India NV Ramana has asked the Solicitor General Tushar Mehta to ask the Speaker not to take any decision in the matter.

Senior Advocate Kapil Sibal, appearing for MLA Sunil Prabhu, mentioned the matter before the bench stating that the disqualification matter is listed before the Speaker tomorrow. Sibal requested the bench to list the matter tomorrow too.

The bench while denying the request for the matter to be listed tomorrow said that the matter requires constitution of another bench and it will take some time.

The mentioning was in connection with four matters pending before the apex court in which Sunil Prabhu is a party. Two out of the four matters pertain to the petitions filed by delinquent MLAs of Shiv Sena challenging the disqualification proceedings initiated by the Dy. Speaker of the Maharashtra Assembly on disqualification petitions filed by Prabhu.

The other two are the petitions filed by Prabhu, out of which one is challenging the illegal summoning of the Assembly by the Governor of Maharashtra for the conduct of a floor test. The second one is challenging the alleged illegal order of the newly appointed speaker removing MLA Ajay Chaudhary and Prabhu from the posts of leader as well as Chief Whip of the Shiv Sena Legislature Party.

Earlier, the apex court on June 27, 2022, extended the time granted by Deputy Speaker to Eknath Shinde and other MLAs to file their response to their disqualification petition. The speaker had asked them to respond to the same by 5.30 PM, June 27.

The Court had also recorded the statement of the counsel for Maharashtra that steps have been taken to maintain law and order and to protect the life and property of all 39 MLAs and their family members.

Later, on June 19 the top court refused to stay the floor test in Maharashtra that were scheduled to be held on June 30, 2022. The Court was hearing a plea filed by Shiv Sena Chief Whip Sunil Prabhu challenging Governor's communication to the Assembly to conduct a floor test.