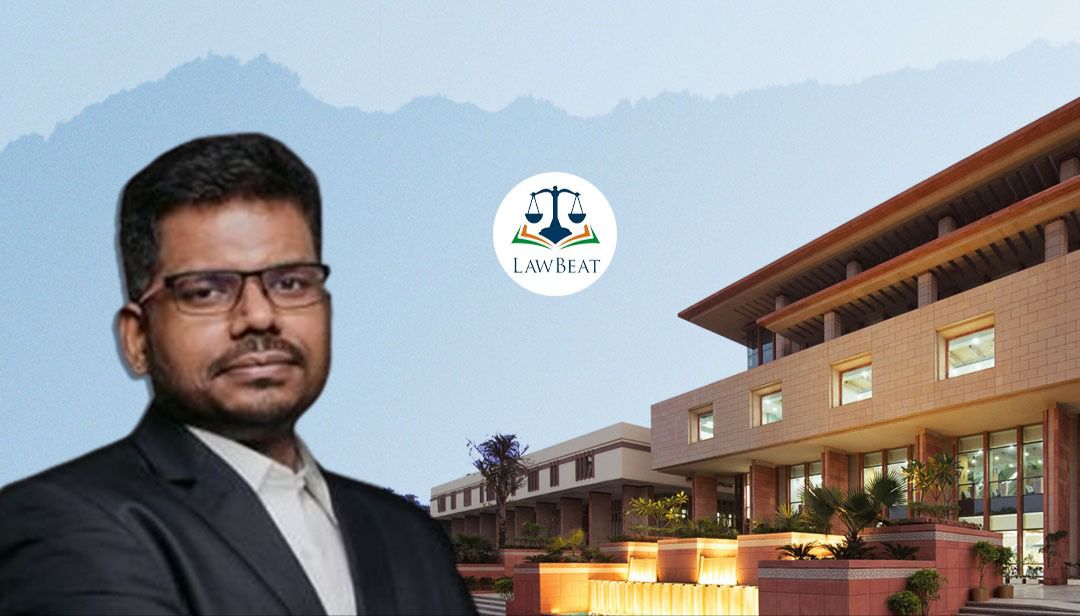 Continuing to make submissions in the Delhi High Court for Men Welfare Trust in the plea seeking criminalisation of marital rape before a bench of Justices Rajiv Shakhder and Hari Sankar, Adv J Sai Deepak today emphasized on the argument that the intelligible differentia differentiating marital rape and any other form of sexual violence is the existence of marriage, and that with the same existing the whole argument draws to a close.

Prior to adverting to his arguments, he clarified that his client was not in any manner against the existence of a provision for sexual violence in a spousal relationship, however, merely because "there is a logic we (one) disagree(s) with, and it doesn't rise to the level of unconstitutionality."

Arguing against the striking down of exception 2 of Section 375 of the Indian Penal Code (IPC), he referred to the Domestic Violence Act (DV Act) and submitted that that “sexual abuse,” is already specifically contemplated in Section 3(a) of the legislation.

He said that while it can be argued that the Section is vague, it is his submission that it is infact all-encompassing. He referred to Section 19(2) of the DV act and submitted that it is a fact that complaints are mostly registered in the Section for offences under Sections 498A or 376(b) of the IPC.

The bench at this point questioned, “If marriage is the basis of difference that is the end of the matter, no?" - a point which was later affirmed by Deepak.

Deepak also argued extensively on the "threshold of Art. 14 for something to be declared unconstitutional.”

He argued that there should be judicial restraint in exercising the power to declare a statute or a part of it unconstitutional and it can be done only in “rare and exceptional,” cases.

Placing reliance on a gamut of judgments, Deepak submitted that the power of judicial review should not be exercised lightly as it will amount to interference in the democratic process of policy making. He further submitted that judiciary is also duty bound to prefer holding the statute as constitutional rather than otherwise.  Deepak argued that mere arbitrariness is not a sufficient ground to declare a statute unconstitutional and that there has to be some constitutional affirmity.

He further stated that, "the Court must begin with the presumption of constitutionality and understand that the statute represents the will of the people," and said that "it must be presumed that that the legislature knows the needs of its people."

After hearing his submissions, the Court sought for the Centre's reply on this aspect.

Additional Solicitor General Chetan Sharma for the central government informed the Court that it will not be possible for them to reply by Monday, as this would be consultive process.

The Centre also told Court that there is no "unseemly hurry" in the matter, to which the Court said that it was ready to grant them a week to respond on the same, but "after having heard the matter for so long," it "can't just leave it hanging in the air. Let's not have a dialogue on this (aspect), but on more substantial things, which is the law."

The Court also expressed its inclination to hear ASG Chetan Sharma's arguments on this aspect.

On the last date of hearing, Deepak had argued that if exception 2 of S. 375 is done away with, it will have consequences to Section 375 IPC & 376 IPC. He had submitted that the pretext of marriage will be relevant because marriage has legal repercussions with respect to consent. He said "Assuming there are injuries in a body when a couple have engaged in consensual sexual acts where in fact this was an unorthodox sexual act of which the couple has fetishes of, how do we segregate these, especially when same is still a violation of bodily integrity?"

Deepak had on the last date of hearing also argued that the entire tone and tenor of argument (of the issue of Marital Rape) has been that there is only a certain specific point of view which is sought to be projected. Deepak argued that specific differences are made out between sexual acts out of institution of marriage and otherwise and this is the intelligible differentia.  He said "Having a difference opinion on whether marital rape should be criminalised or not is not enough sustainable ground to regard it as unconstitutional. You may thrust on individual autonomy, others may on family as a unit along with that."

He had also argued that "If individual autonomy is all there is to it then Gender Neutrality wrt sexual violence has to be looked at."

Previously ,an intervention application was sought to assist the court in the ongoing matter stating that keeping in mind the doctrine of separation of powers, even a constitutional court does not have the power to strike down the exception.

Filed by Manushi Trust through Prof. Madhu Kishwar, one Anjali George, Prof. Bharat Gupt, stated that such an issue can and must be decided only by the Legislature after due deliberation in Parliament, by elected representatives representing diverse communities of India.

The application stated that, "Since a law on marital rape will impact the most intimate personal relations within every single marriage in Bharat, its implications and architecture need to be carefully evaluated."

Filed by Prof Madhu Kishwar on behalf of Manushi Trust, Anjali George, and Prof. Bharat Gupt, the application also stated that while they believe in the sanctity the institution of marriage, they were equally committed to upholding mutual respect between both partners.

This, they said, was because mutual respect was "the essential foundation of a dignified marriage. They affirm that forced or violent sex on a partner cannot be justified on the grounds that the two are legally wedded."

Further calling for wider participation, it was said that, "Given the serious implications of institutionalizing a law on marital rape," "the least we require is a baseline study to be undertaken by the Law Commission or a Joint Parliamentary Committee."

This was to ensure that, "stakeholders, including and especially women, from across the country may have the opportunity to participate and present their views in the matter."

The application agreed that "mutual consent is equally important or perhaps even more important in a marriage given that both spouses have greater responsibility to protect the dignity of the partner and respect the latter’s right to bodily integrity and sexual agency."

However, it added, "it is equally undeniable that the dynamics of a spousal relationship are different and extremely delicate."

Cause Title - RIT Foundation vs Union of India