"A message must be sent that what happened in 2002 Gujarat will not be tolerated": Kapil Sibal argues against clean chit to Narendra Modi by SIT 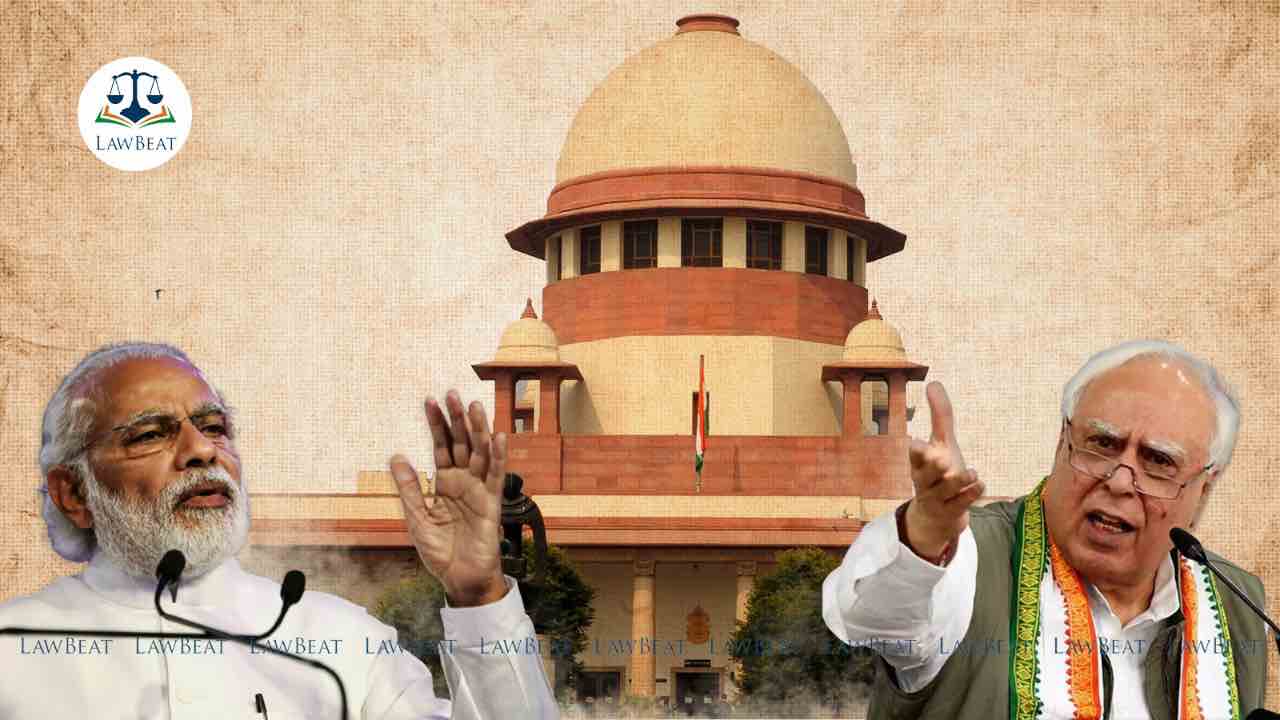 "Communal violence is like a lava, which turns fertile ground for revenge once it touches the ground," said Senior Advocate Kapil Sibal before the Supreme Court on Wednesday while urging the Court to direct investigation into the Gujarat Riots case(s). [Arguments currently underway]

"Communal violence is like lava erupting from a volcano and its an institutionalised problem, whenever the lava touches a ground on earth it scars it and it becomes a fertile ground for future revenge, a strong message must be sent out to be sure of the same incidents not repeating themselves in the future"
- Kapil Sibal to SC

Sibal told Court that the question which now arises is whether the Special Investigation Team (SIT) (mandated by the Court) followed the procedure established by law in dealing with the evidence that was with them.

"Most of the meetings were not recorded and the officers says they lost the memory of what happened as nobody wanted to get involved with the politicians in power," said Sibal, adding that the SIT was formulated only to investigate into the Gulbarg Society cases, not the case at hand.

It is Sibal's case that there is a larger conspiracy which should be investigated in this case beyond Gulbarg society massacre. On the last date of hearing, he had read out documents pertaining to individual accused. The bench had asked him not to take them through documents pertaining to individual accused and focus on the closure report of SIT. It is pertinent to mention that today as well, the Court asked Mr. Sibal to stick to his arguments midway in the proceedings.

Sibal further argued that he was not arguing for conviction but only for a re-investigation, putting forth arguments to convince the bench that none of the materials available showed that a proper investigation, keeping mind the tenets of the law had taken place.

"They (SIT) made no arrests, I am not even on the Top people here," Sibal pointed out.

Sibal is primarily alleging that the SIT was compromised and did not look at the evidence that Jafri wanted to put forth. Thus, an investigation by body other than the SIT is what Sibal is arguing for.

On October 27, the Top Court had asked Sibal not to bring ideology into this case.

The bench had then told Sibal that investigation conducted by the Special Investigation Team (SIT) had the court's mandate and further asked him not to generalise it.

Justice Khanwilkar, speaking of the SIT investigation, said,
"If you have a point to make say they could have done something that they did not do, don't say they did not do anything."

Ehsan Jafri was killed on February 28, 2002, and was one among the 68 people killed at Gulberg Society Ahmedabad, which was immediately after the day on which Sabarmati Express was burnt at Godhra, thereby instigating Gujarat Riots 2002 and killing 59 people on board.

The SIT in its closure report gave a clean chit to the then Chief Minister Narendra Modi stating that no prosecutable evidence was found, along with 63 others including Government officers.