Mini Trial Is Not Permissible At The Stage of Framing Charge: Supreme Court 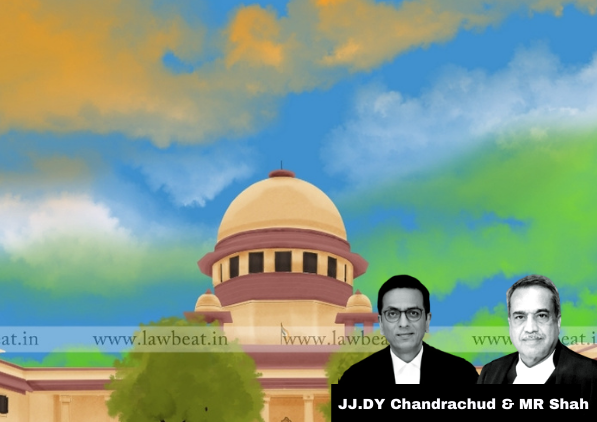 The Supreme Court has observed that at the stage of framing charges, the Court should not consider the defence of the accused & only see as whether or not a prima facie case is made out.

Bench comprising Justice DY Chandrachud & Justice MR Shah while setting aside the order of discharging the accused of an offence u/s 7 of the Prevention of Corruption Act (“Act”) held,

“The High Court materially erred in negating the exercise of considering the transcript in detail and in considering whether on the basis of the material on record the accused is likely to be convicted for the offence under Section 7 of the PC Act or not. The High Court was required to consider whether a prima facie case has been made out or not and whether the accused is required to be further tried or not. At the stage of framing of the charge and/or considering the discharge application, the mini trial is not permissible.”, the Bench remarked.

In the present matter, the Bench was hearing an appeal filed by the State against the revisional order dated 12.09.2018 by which the High Court of Rajasthan quashed the order dated 22.06.2018 passed by Special Judge, Prevention of Corruption Act of framing charges against the respondent (“accused”) for offence u/s 7 of the Act & discharged the accused of the alleged offence.

The Bench relied on P. Vijayan v. State of Kerala, (2010) 2 SCC 398 in which the Court considered the scope of section 227 of CrPC, 1973. In the referred judgement it was observed that, “At the stage of Section 227, the Judge has merely to sift the evidence in order to find out whether or not there is sufficient ground for proceeding against the accused. The sufficiency of grounds would take within its fold the nature of the evidence recorded by the police or the documents produced before the Court which ex facie disclose that there are suspicious circumstances against the accused so as to frame a charge against him. If the Judge comes to a conclusion that there is sufficient ground to proceed, he will frame a charge under Section 228 Cr.P.C., if not, he will discharge the accused. While exercising its judicial mind to the facts of the case in order to determine whether a case for trial has been made out by the prosecution, it is not necessary for the court to enter into the pros and cons of the matter or into a weighing and balancing of evidence and probabilities which is really the function of the court, after the trial starts.”

The Court while negating the observations of the impugned order observed that the High Court exceeded its jurisdiction in exercise of the revisional jurisdiction and acted beyond the scope of Section 227/239 Cr.P.C.

“While discharging the accused, the High Court has gone into the merits of the case and has considered whether on the basis of the material on record, the accused is likely to be convicted or not. For the aforesaid, the High Court has considered in detail the transcript of the conversation between the complainant and the accused which exercise at this stage to consider the discharge application and/or framing of the charge is not permissible at all.”, the Bench further noted.

The Court thereafter while setting aside the impugned judgment & order passed by the High Court declared the same to be unsustainable in law & restored the order passed by the Ld Special Judge of framing charges against the accused u/s 7 of the Act.