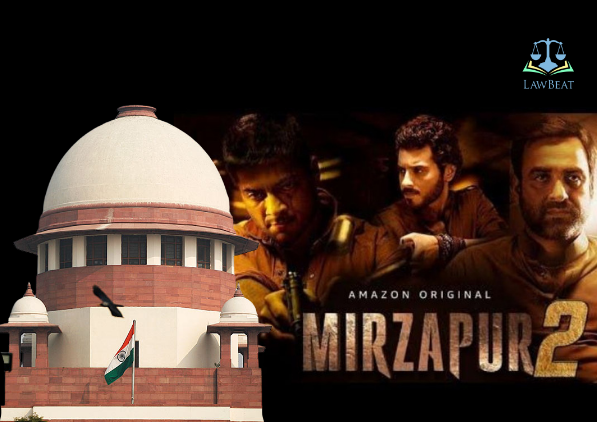 The Supreme Court on Thursday issued notice in a PIL filed by a resident of Mirzapur seeking a ban on the web series Mirzapur 2, hosted on the OTT platform Amazon Prime Video.

A bench of Chief Justice SA Bobde, Justices AS Bopanna & V. Ramasubramaniun issued notices to the makers of the show as well as the OTT platform Amazon Prime.

The PIL filed by Sujeet Kumar states that the web series has completely tarnished the historical and cultural image of the city/district.

The petitioner has taken the ground that the Web series Mirzapur has show every resident of Mirzapur as a goon, vagabond and adulterer in front of the country.

The petitioner has also highlighted the historical culture that Mirzapur is attuned to, stating that the city was found in the 17th century and by 1800, it became the greatest trading centre in Northern India.

"Mirzapur is a place where the Holy Ganga meets the Vindhya range. This is considered significant in the Hindu Mythology and has a mention in Vedas. World famous Vindhyanchal Temple one of the Shaktipeeth in 108 Shaktipeeths is also situated in Mirzapur. Mirzapur is famous for carpet and brassware industry," the petitioner states.

In this context, the petitioner has sough that a directions to the government of india to set up pre-screening committee for Web Series, films or other programs be set up and that the certification must be made mandatory from the government authority before releasing any Web series, movie or other program on online platforms.

The petitioner has also sought setting up a rule and regulation for movies, web series and other programs, which are released on online platforms and that all these must be censored like other movies get censored before releasing in theatres and at the box office.