Modification of punishment to remainder of natural life could not have been imposed by the Trial Judge: Supreme Court Upholds Sentence Citing Gruesome Line Of Events 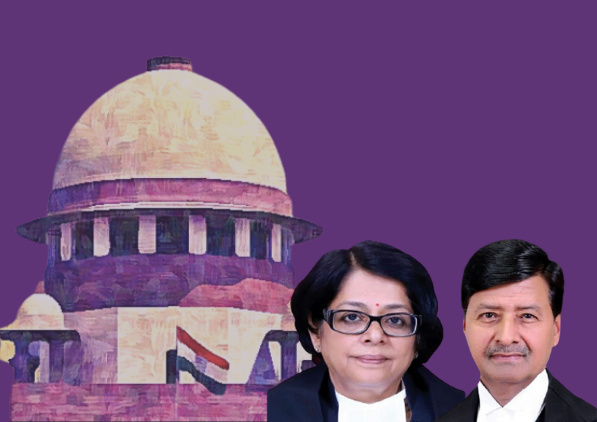 The accused appellant underwent a Trial for committing murder of two minor children aged 4 years and 2 years, by administering celphos to them. After being convicted by the Trial Court for an offence under Section 302 IPC, and the same being confirmed by the High Court on appeal, the Appellant approached the Supreme Court submitting a twofold argument. Firstly, no opportunity of cross examination was afforded at the Trial stage and secondly, it was beyond the power of the Trial Court judge to modify the punishment under Section 302, to mean ‘imprisonment for the remainder of natural life’ of the Appellant. Reliance was placed on Union of India v. Sriharan @ Murugan & Ors, 2016 (7) SCC 1; “We, therefore, reiterate that power derived from the Penal Code for any modified punishment within the punishment provided for in the Penal Code for such specified offences can only be exercised by the High Court and in the event of further appeal, only by the Supreme Court and not by any other Court in this country. To put it differently, the power to impose a modified punishment providing for any specific term of incarceration or till the end of the convict’s life as an alternate to death penalty, can be exercised only by the High Court and the Supreme Court and not by any other inferior court.”

Taking into consideration the brutality of the crime committed, the Bench said, “On legal principles, the learned counsel for the appellant appears to be correct, but we have taken note of the prosecution case in totality with motive of the crime that he was living in a relationship with the complainant Anju who had two children from the previous marriage, and had taken away the life of two minor innocent children at the very threshold of their life.”

The Court upheld the conviction under Section 302 IPC on the aforementioned grounds and considered it appropriate to maintain the punishment as confirmed by the High Court, that is, ‘imprisonment for life to mean the remainder of natural life’