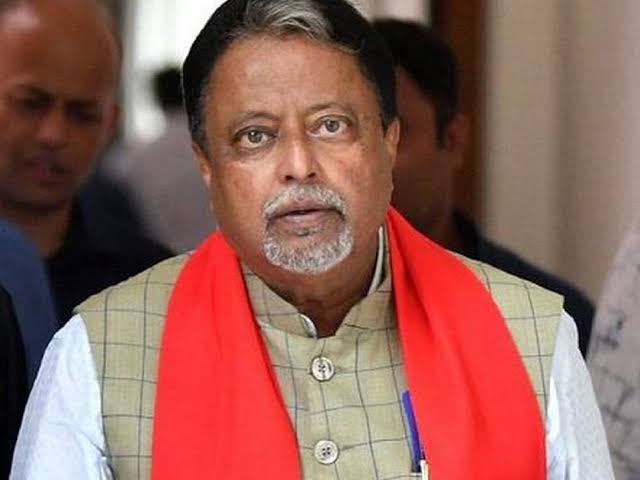 Asseverating that the constitutional values are being compromised, sitting MLA from Kalyani Constituency in Nadia district of Kolkata, Mr. Ambika Roy moved Calcutta High Court on Tuesday challenging Mukul Roy’s appointment as the chairman of the Public Accounts Committee (PAC) of the West Bengal Legislative Assembly.

Mr. Ambika Roy has highlighted in the PIL that Mr. Mukul Roy despite winning West Bengal Assembly elections from Krishnanagar Uttar Constituency as a member of BJP, defected, as soon as the results were declared, to the present ruling party All India Trinamool Congress (AITC) without resigning from the BJP or his Membership from the Assembly.

The petition states that in gross violation of the Rules of Procedure and Business of the West Bengal Legislative Assembly, Mr. Mukul Roy filed his nomination papers for the membership of the PAC, without BJP’s support and even without disclosing his party- affiliation in the nomination form. Soon after he was elected as a member, the Speaker of the Assembly nominated him for the Chairmanship of the PAC.

Therefore, his appointment as the Chairman of the PAC defies the sole purpose of establishing PAC that is to ensure an impartial and independent scrutiny of the spending of the Government, the petition states.

The petition further reads that since the constitution of the fourth legislative assembly of West Bengal in 1967, it has been a constitutional convention that a leading member of the opposition would be chosen as the Chairman of the PAC and this nomination of Mr. Mukul Roy, who has defected after winning the elections, constitutes a gross violation of Constitutional ethos.

To ensure the objectivity and impartiality of the PAC, the members are elected based on the proportionate representation of all the parties of the assembly and it has been a custom in case of the West Bengal Legislative Assembly that the Chairman of the PAC would be the leading member of the opposition in the House to ensure that Executive remains responsible to the Legislature.

Putting emphasis over the fact that it is the constitutional obligation of the Speaker of the Legislative Assembly to ensure that only people who exhibit an abiding spirit for constitutional ethos and values are elected for PAC, the petitioner has stated that the appointment of Mr. Mukul Roy as the PAC chairman, who has purportedly committed his allegiance to the government soon after the election results were declared, defeats the very purpose of having a committee like PAC.

It is also noted in the petition that when two MLA’s from BJP filed an objection before the Speaker against nomination of Mr. Mukul Roy for the membership of the PAC, the same was rejected on a technical ground stating that the objections are not considered at the stage of scrutiny.

Therefore, the petitioner has urged the Court to quash the appointment of Mr. Mukul Roy as member and chairperson of the PAC and to issue directions to the Speaker of the House to restrain Mr. Mukul Roy from holding the post or carrying out any functions as the member and chairperson of the PAC pending the hearing and final disposal of the petition.