[Nandigram Violence] “Not A Case Of Political Agitation But Of Murder”: Mukul Rohatgi In Mamata Poll Agent Case 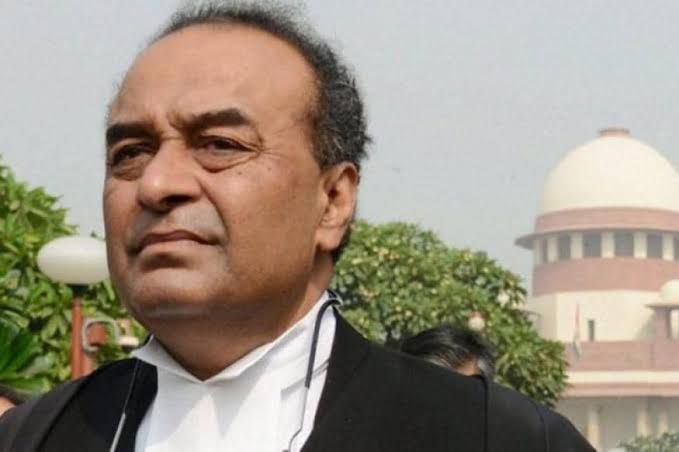 In order to further substantiate his contention, Singh relied on the Apex Court Judgement in Rajendra Kumar Jain Etc vs State Through Special Police 1980 AIR 1510.

At this juncture, the Bench intervened & said, “Why don’t you go to High Court”

Mr Mukul Rohatgi while informing the Bench that the matter was listed before the Calcutta High Court & negatived the submissions made by Mr Singhvi submitted that “The state, PP were in collusion. The court has given the option for the accused to appear before the court. This is not a case of political agitation. It is a case of murder.”

The Bench intervened & said, “Why should we single out a particular person? Whether there is a collusion or not has to be decided by the High Court. Is it permissible in law if against a person criminal proceedings are initiated again without hearing him?”

“The State was fully heard.Section 321 is between the State, PP & Court. It is absolute abuse. The state was heard fully. The accused has no right to be heard. There is a judgement.”, Rohatagi submitted

Justice Surya Kant to Mr Rohatgi: Yes, but the Court has allowed the accused to be heard. Can we ignore the order of the Court?

“The State was present on that day also. After hearing everyone, the Court passed an order. The last part of the order said that the order would lapse after 15 days. The order is not a carte blanche. The order was only for one man.”, Rohatgi contends

In the present matter, the petitioner was alleged to be a part of unlawful assembly in mass protests against the improper land acquisition measures  undertaken by the Government of West Bengal during 2007-2009 to create a Special Economic Zone (SEZ) in Nandigram.  In February 2020 & June 2020, the Public Prosecutor filed application in these cases for withdrawal of prosecution & therefore the petitioner was discharged or acquitted by the Additional CJM vide order dated 10th February 2020 u/s 321 CrPC, 1973 in certain criminal cases. Thereafter, the Calcutta High Court in two PIL’s titled as Dipak Misra v. State of West Bengal & Others & Nilanjan Adhikary v. State of West Bengal & Ors vide order dated 5th March 2021 reversed the order pertaining to discharge or acquittal of the petitioner. Vide order dated March 15,2021, the Additional Chief Judicial Magistrate taking cognizance of the impugned order stayed its order for permitting withdrawal of prosecution u/s 321 Crpc,1973 & reinstated criminal case against the petitioner.

“The petitioner was not impleaded as a necessary party originally before passing the order. Supian only became aware of the cases upon the knowledge of initiation of process to issue arrest warrants upon reinstitution of criminal cases.”, the appeal stated.

While Vehemently opposing the impugned order, the petitioner in his plea submitted that he had no knowledge of the grounds for such relief & that he was not granted any opportunity of being heard. It was also submitted that,  “The impugned order & the consequent re institution of cases were impairing his ability to discharge his functions as an election agent under the Representation of People Act,1951.”