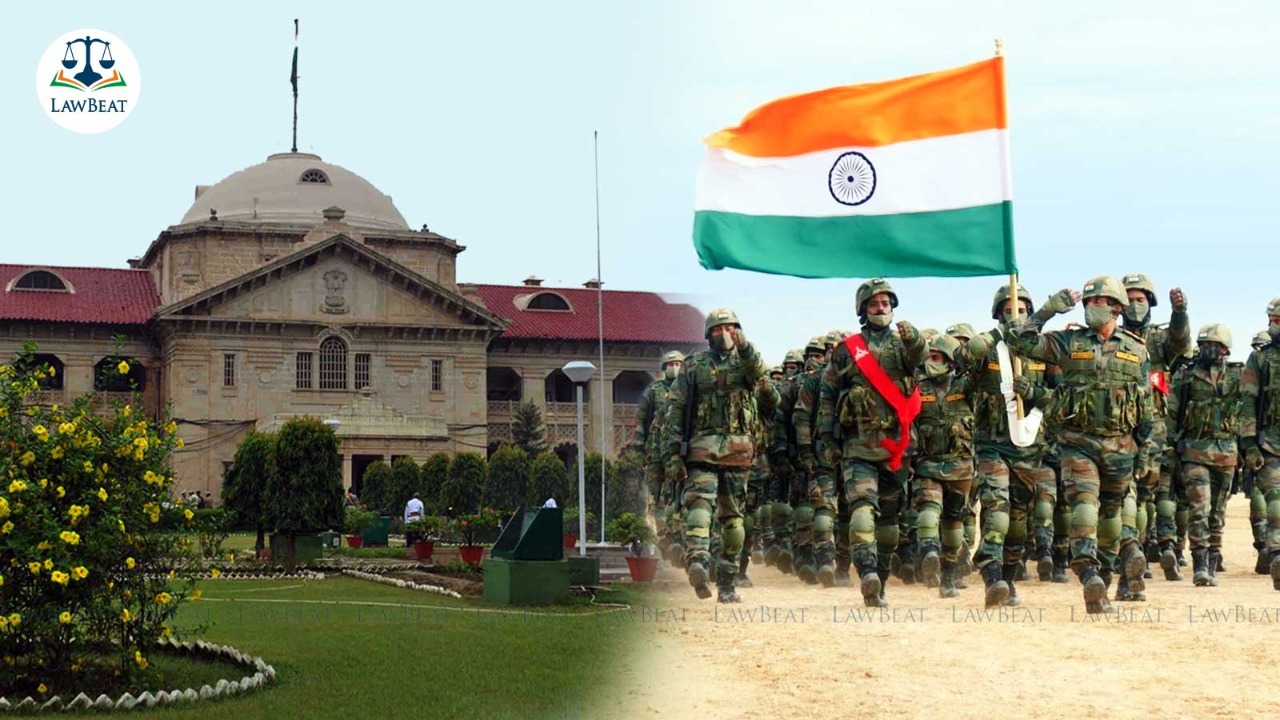 The Allahabad High Court last week directed the State Government of Uttar Pradesh, in consultation with the highest military authorities, to consider framing a code or regulations laying down the protocol for receiving and bearing the carriage of mortal remains of soldiers martyred in the line of duty, for the funeral rites and any other allied matters.

The bench of Justice Ajay Bhanot ordered that "the exercise is liable to be completed within a period of six months".

Court was dealing with the bail plea of one Vivek Yadav Alias Surya Prakash Yadav nabbed for being involved in a violent agitation against the alleged 'callous attitude' of the district administration and its failure to observe proper protocol to honor one Indian Army soldier martyr Dhananjay Yadav.

Before parting with the order, Court though remarked that violence has no place in a democratic polity and cannot be condoned under any circumstances, it took serious note of the allegation that the mortal remains of the brave soldier were not treated with due State honour.

Therefore, stressing that these are matters of fact that can be ascertained only after due enquiry, Court directed the State Government to conduct an enquiry into the allegations.

"A nation that does not honour its martyrs who lay down their lives to protect freedom and preserve the peace, will forfeit its freedom and have no peace. India has known the cost of slavery, and Indians have never hesitated to pay the price of freedom. For the Republic to endure and liberty to survive martyrs have to be revered, and their deeds always remembered," Court said.

Court also pointed out that the solemn obligation of the State is to accord full honor to military heroes who make the ultimate sacrifice in defence of the country. "Duty is cast on a grateful nation to ensure that the patriots do not go unwept, unhonoured and unsung," it added.

Regarding Yadav's bail plea, his counsel submitted before the court that 56 named and 100 unknown persons were nominated as accused in the FIR and the FIR was an attempt to stifle the democratic dissent by diverting attention from the said failure of the district administration.

Claiming that Yadav was peacefully exercising his democratic rights, his counsel urged the court to grant him bail considering his future and clean antecedent.

The Additional Government Advocate was also not able to satisfactorily dispute the submissions forwarded by Yadav's counsel. Therefore, considering the facts and circumstances of the case, Court allowed Yadav's bail plea.