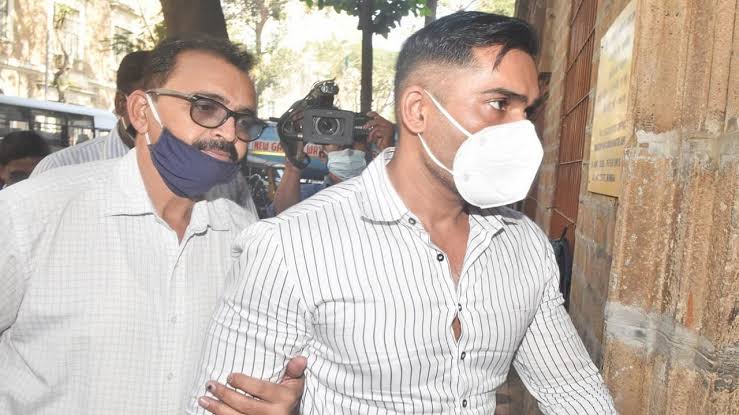 Sameer Shabbir Khan, son-in-law of Cabinet Minister and National Congress Party (NCP) leader Nawab Malik has been granted bail by a Mumbai court in connection with a drug case.

Noting that Khan was apprehended only on co-accused’s statements, Special NDPS Judge AA Joglekar observed that it was evident from the material on record that apart from the factum of non commercial quantity, prima-facie Khan’s connivance with the co accused could not be located.

Khan, along with two other accused, Rahila Furniturewala and Karan Sejnani, were booked for offences under Sections 8(c) read with section 20(b), 27A, 27, 28 and 29 of the Narcotic Drugs and Psychotropic Substances (NDPS) Act, 1985 for conspiring to procure, sell, purchase and transport 194.6 kg of ganja and 6 CBD (cannabidiol) sprays, categorised as commercial quantity.

NCB had claimed that Khan’s role in the case was for selling the contraband and financing illicit trafficking in the business.

Releasing Khan on bail, the court relied upon the Chemical Analyser’s report submitted on the seizures of the contraband which stated that out of the 18 samples which were forwarded for analysis apparently 11 were found to be negative on the aspect of detection of cannabis.

Court also noted that the alleged recovery of contraband was not held directly from Khan, it was only upon the search of premises which was held in the alleged place of residence which Khan occupied.

Accordingly, court said, “Apart from this there is no any material to specifically contribute the role of the applicant / accused placed on record by the prosecution more especially in the light of the fact that the recovered contraband in prima-facie as per CA report cannot be held under the ambit of commercial quantity.”

The case in short

NCB received information on January 8, 2021 that two parcel packets were lying at Universal Courier and Cargo, station Road, Bandra East in the name of Karan Sejanani for delivering it to one Vinay Sharma, Shillong and following the same three recoveries were effected.

According to NCB, in a follow-up action 194.600 kgs Marijuana/Ganja and 06 no. of CBD Spray were seized from a room at Jaswant Height Road, Khar West, Mumbai. Thereafter during the search of another flat in Victoria Apartment, Saint Alexious Road, Bandra West, multi-folded seizure of 6 gms dry green / brown color substance purported to be marijuana/Ganja and 20 gms of Marijuana/Ganja was seized.

In pursuance of the same, Sejnani was arrested by NCB and after his interrogations and recording of statements, Khan was arrested.

In his bail plea, Khan had contended that he had been falsely implicated in the case. He said that case against him is based on a statement of a co-accused, which was not legally admissible evidence.

He had further added that he had been arrested only upon the whatsapp chat and other material.

Therefore, noting that the criminal act of intention, preparation, attempt and commission were difficult to be located to show culpable mental stage as Khan himself admitted to business activity in nicotine, court released Khan on bail upon furnishing a bail bond of ₹50,000.

“Undoubtedly certain contraband was supposedly cannabis or its offshoot, but the quantum was not enough to attract rigours of Section 37,” court said.