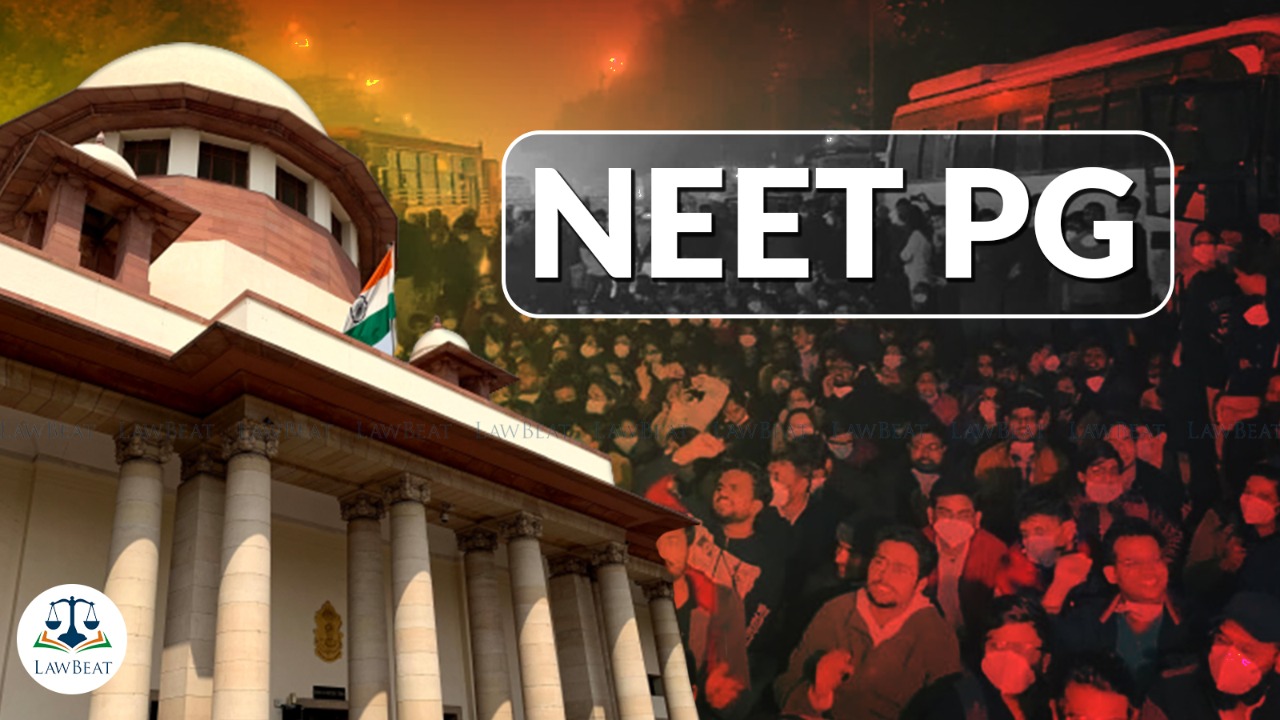 Supreme Court today allowed NEET PG 2021 counseling to be conducted as per the notification issued by the Central Government while upholding the amended reservation(s) policy by the Government of India wherein a decision was taken to provide 27% reservation for OBCs in AIQ scheme for undergraduate and postgraduate medical/dental courses (MBBS / MD/ MS/ Diploma/ BDS/ MDS) from the current academic year 2021-22 onwards.

While pronouncing the order, the Court said,

"The submissions necessitate an urgent order over the eligibility criteria for the reservation. The formulation would take some time. The reservation of OBC is upheld. We accept the recommendation of the Pandey Commission."

Additionally, a 10% reservation for the Economically Weaker Section (EWS) had also been proposed.

"The validity of the criteria given by the Pandey Commission for EWS will be subject to the final hearing in the month of March.", said the bench.

The bench noted, "Counselling shall be conducted by giving effect to the reservation of the OM. Validity of the criteria by Pandey comm would prospectively be subject to the result of the petition in future."

The matter has now been listed for final hearing over the EWS reservation issue in the third week of March, 2022.

The bench had concluded the arguments and asked Senior Advocates Arvind Datar and Shyam Divan to submit a two-page short note on Thursday.

The bench while concluding the arguments said, "we cannot take it forward to tomorrow, there is an urgency, you can submit a short note by tomorrow morning."

Datar referring to the report of Sinho commission submitted that "When there is an existing committee, which has gone into the issue extensively for 5 years, there must be some reasoning to defer. What is the reason for taking a decision other than Sinho commission? Here is an exhaustive exercise done."

Datar further said, "My submission is Let's not change the rule of the game, let's stick to the criteria that was there in the prospectus, if your Lordships upholds this they will implement it elsewhere without any study whatsoever."

In addition to this, Senior Advocate Anand Grover appearing for the petitioners had submitted that "apart from the family income, other incomes are not taken into account. EWS should be perceived at a level to present the economic situation."

"EWS has multidimensional poverty, that is economic, social etc. There is no reason as to why it was driven up to 8 Lakhs." Grover added.

To this, Justice Chandrachud said, "What you are saying is use your power and restrict it to 5 Lakhs."

In reply, Grover said, "Earlier, it was 2.5 Lakhs, now with inflation, etc, it may be varied".

Advocate Archana Pathak Dave appearing for the Federation of Resident Doctors had submitted that an intervention was filed, and they were the ones who went on Strike, 45 thousand doctors were inducted.

"My submission is that the Counseling has to start at the earliest, we have a very low workforce", she added.

Mehta further added that "if I appear in examination my performance should be the best, it's not that if I'm getting 10% reservation then my performance may be slightly less."

Mehta on a lighter side further added that "It is my personal view that, your Lordship I remember a quote 'Data is used in the same way as a drunken man uses a lamp post for support rather than illumination.'"

Justice Chandrachud asked Mehta that "One other thing we want to ask you, the Pandey Committee report, the 3 norms, the area of the flat, municipality, etc. they say it would be impossible and would be done away with next year, why don't you do away with it this year.?"

To which Mehta responded by submitting that "Now if we change the rule of the game, now if we ask for new certificates, that will have a cascading effect."

However, Senior Advocate P Wilson submitted that The approval was given by the Court for AIQ, we approached HC seeking 27% quota. Finality has been reached, the entire motive of reopening the whole thing cannot be done."

Advocate VK Biju appearing for the EWS candidates submitted that "This is a revolutionary decision taken by the Government let it continue. I'm for the EWS candidates please hear us." However, Justice Chandrachud said, "Now you give us a note, don't tell me you are EWS in the Court, in Court everybody is equal."

Divan submitting his rejoinder stated that "We all agree as far as the dates are concerned. At this juncture person who registered knows that what seats slot they are supposed to compete, you can't change once the registrations are over in such competitive exams.

Divan further added that there is a challenge on MDS which is on board today, they said in MDS everything is over and there is no problem. This will be in my note also.

He also argued that "Now in the context what does Pradeep Jain do, something from the constitutional perspective, there are certain rights that are written down, there is a second set of right which has been derived by the Court. This is what we are concerned with here."

Datar making submissions on rejoinder said, "Let us keep it at 2.5 Lakhs because after this you become an assessee in Income Tax."

"In regards to Pavitra's judgment, it should be on the basis of data available, this 8 Lakh is without any data whatsoever," Datar added.

The bench has concluded the arguments and reserved its order.

Later, the Supreme Court had stayed the NEET PG Counselling for the year 2021, in connection to which the Resident Doctors are currently protesting.

Solicitor General Tushar Mehta had requested an urgent hearing of the matter. Mehta submitted today that "the notification regarding the EWS quota is since 2019, this has been implemented throughout the country, we are at a stage that counseling is struck, we need Doctors, society cannot right now go into lengthy arguments."