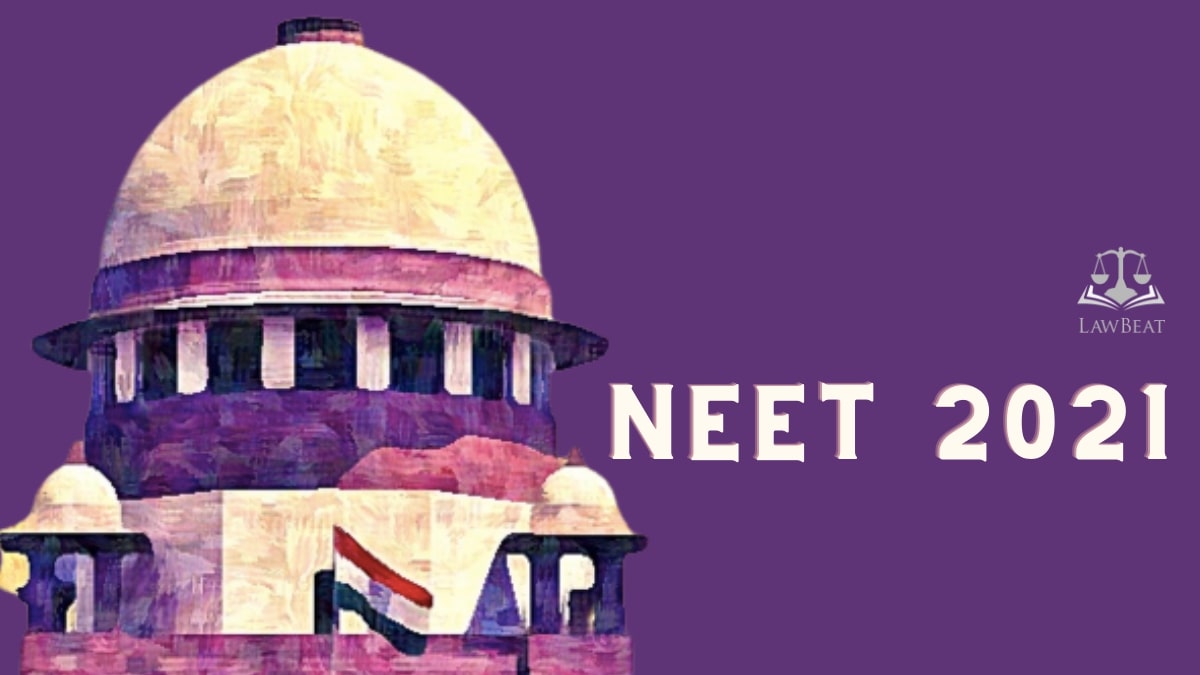 Chief Justice of India NV Ramana on Tuesday said that he'll take a call on listing the matter before a three judges bench or a division bench after the case concerning NEET PG Counselling was mentioned by Solicitor General (SG) Tushar Mehta.

SG mentioned the matter before the bench headed by CJI Ramana stating that, "Residents doctors are concerned and their concern is very much right."

The matter is pertaining to a plea challenging the amended reservation(s) policy by the Government of India wherein a decision was taken to provide 27% reservation for OBCs and 10% reservation for Economically Weaker Section (EWS) in AIQ scheme for undergraduate and postgraduate medical/dental courses (MBBS / MD/ MS/ Diploma/ BDS/ MDS) from current academic year 2021-22 onwards.

In response to which CJI Ramana said, "It seems you had mentioned this before Justice Chandrachud yesterday, we have only two judges benches at the moment."

"Let me see if a three-judge bench is available otherwise it'll go to a division bench," CJI Ramana added.

Earlier yesterday, Mehta had mentioned the matter before Justice DY Chandrachud for early listing and requested the same to be listed tomorrow.

Whereas, Justice Chandrachud informed Mehta that he'll request the Chief Justice of India if it is possible to constitute a there judges bench for the matter while asking Mehta to inform other counsels involved in the matter since the hearing may be preponed.

The Central Government had informed the Supreme Court that they have accepted the recommendations made by the Committee stating that the feasible criterion for defining Economically Weaker Section (EWS) can be based on family income, and a threshold of Rs 8 lakhs of annual family income, in the current situation is reasonable for determining EWS.

The recommendations made by the Committee stated, "The current limit of annual family income of Rs 8 lakhs does not seem to be over-inclusive as the available data on actual outcomes does not indicate overinclusion. It should be noted that income includes salary and agriculture as well."

The Solicitor General, Tushar Mehta, had informed the Supreme Court that centre is revisiting the criteria to determine Economically Weaker Sections (EWS) for the purpose of reservation.

The SG told the bench of Justices Chandrachud, Surya Kant and Vikram Nath that the process may take 4 weeks.

The SG submitted this in the matter challenging 27 percent reservation to the Other Backward Class and 10% reservation to people belonging to EWS in post graduate medical admission. The SG further informed the court that a committee has been constituted to look into this.