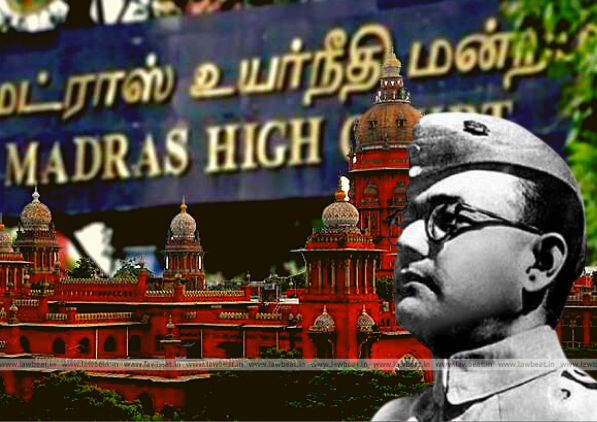 THE Madurai Bench of Madras High Court has recently refused to issue directions to the Union of India to take appropriate steps of printing Sri Netaji Subash Chandra Bose’s photograph in the Indian currencies.

“We need not say anything on the greatness of Netaji, apart from the contribution made, which starts from his resignation from the coveted post to the creation of Indian National Army. His contribution towards the Indian Freedom movement is unparalleled.”, Division Bench of Justice M.M.Sundresh and Justice S.Ananthi noted.

In the present matter, a petition was filed under Article 226 of the Constitution of India praying for the issue of a Writ of Mandamus to direct the respondent to print the photo of National Leader Nethaji Subash Chandra Bose in the Indian Currencies to satisfy the voices of people to make the younger generation understand and appreciate humane services rendered by Netaji Subhash Chandra Bose in securing the independence of this nation.

Ld. Counsel, Mr.G.Thalaimutharasu appearing on behalf of the respondents submitted that the prayer sought was not maintainable as it was for the respondents to take a call.

Thus, while disposing of the petition, the Bench observed that,

“Though we are of the view that prayer as sought for cannot be granted, one cannot ignore the great sacrifice made by the great leader and the persons, who served along with him. History of the nation will have to be told and retold again and again for posterity to remember. Thus, keeping in view of the judicial constraint, we are not in a position to accede to the request made by the petitioner. However, we would only call upon the respondents 1 to 4, as the case may be, to consider the said request made.”