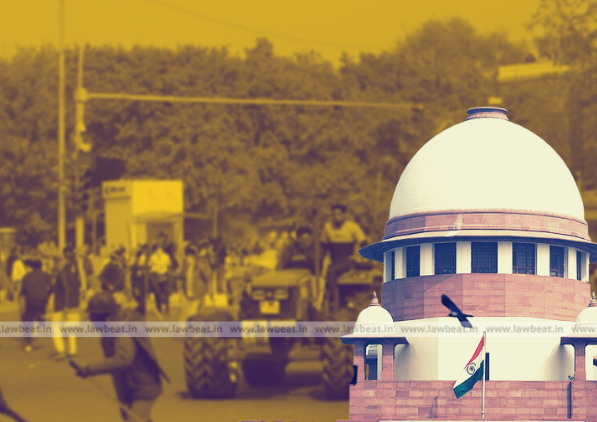 The Delhi High Court has directed that investigation be effectuated in a time-bound manner while hearing a plea seeking release of persons detained allegedly, in an illegal manner by Delhi Police for their involvement in the violence that engulfed the Capital on India's 72nd Republic Day.

The Division Bench comprising Hon'ble Chief Justice DN Patel and Justice Jyoti Singh refused to entertain the public interest litigation (PIL) stating that persons cannot be released without entering into the merits or allegations of the FIR as stipulated.

"Is this a publicity Interest Litigation?" the bench asked.

The plea had been filed in Delhi High Court praying for issuance of a writ of Habeas Corpus for release of persons in connection with the violence that took place in the national capital during the farmers' tractor rally.

"A Writ of habeas corpus can be invoked by any person, on behalf of the illegally detained person(s). Hence, the Petitioner herein is not devoid of locus standi to institute the present writ petition.", the petition filed through Advocates Ashima Mandla and Mandakini Singh stated.

In the present case, the petitioners received information about the illegal detention of nearly 200 persons from the Singhu border, Ghazipur border, and Tikri border without following due process of law through personal survey, newspaper reports, media reports, and social activists. They also had names of 15 persons who have been missing and detained since January 26th/27th. Petitioners have contended that no legally justifiable reason has surfaced supporting such detention despite a passage of over four days.

The petitioners further submitted that detention of persons in police custody in the absence of registration of FIR (s), subsequently not producing them before the Magistrate within 24 hours in compliance with Section 167 Code of Criminal Procedure,1973 (CrPC) failing to comply with the signing of the arrest memo, not informing the next kin within 8-12 hours and non-compliance of the guidelines laid down by the Hon'ble Supreme Court in case of D.K. Basu v. State of West Bengal. (1997) 1 SCC 416 amounts to illegal detention, which violates Articles 14, 21, and 22 of the Constitution of India.

Reiterating the Supreme Court's judgment in Hardeep Singh v. State of Punjab AIR 2014 SC 1400, the petitioners submitted that under the CrPC, the Judicial Magistrate has the power to 'grant' police custody by way of remand of an accused person for investigation of an FIR. The petition further states that u/s 319 of CrPC, only the Judicial Magistrate is vested with the power to arraign a person who appears to have committed an offense for which he could be tried along with accused persons and may be detained for investigation upon the Orders of the Court.

According to the petition, both Articles 21 and 22 implicitly and explicitly reinforce the 'procedure established by law'. Consequently, 'Right to Life & Dignity' and 'Protection from Illegal Detention' is ingrained in the Constitution's Basic Structure. Reliance is further placed upon Article 21 of the Constitution of India, 1950, which guarantees' Right to Life and Dignity' to both citizens and aliens (foreigners) alike, which cannot be suspended unless in accordance with the procedure established by law. Hon'ble Supreme Court in the case of Maneka Gandhi v. Union of India., 1978 AIR 597 SC interpreted the word 'Law' in the expression 'procedure established by law' in Article 21 has been interpreted to mean that law must be right, just, and fair, and arbitrary, fanciful or oppressive.