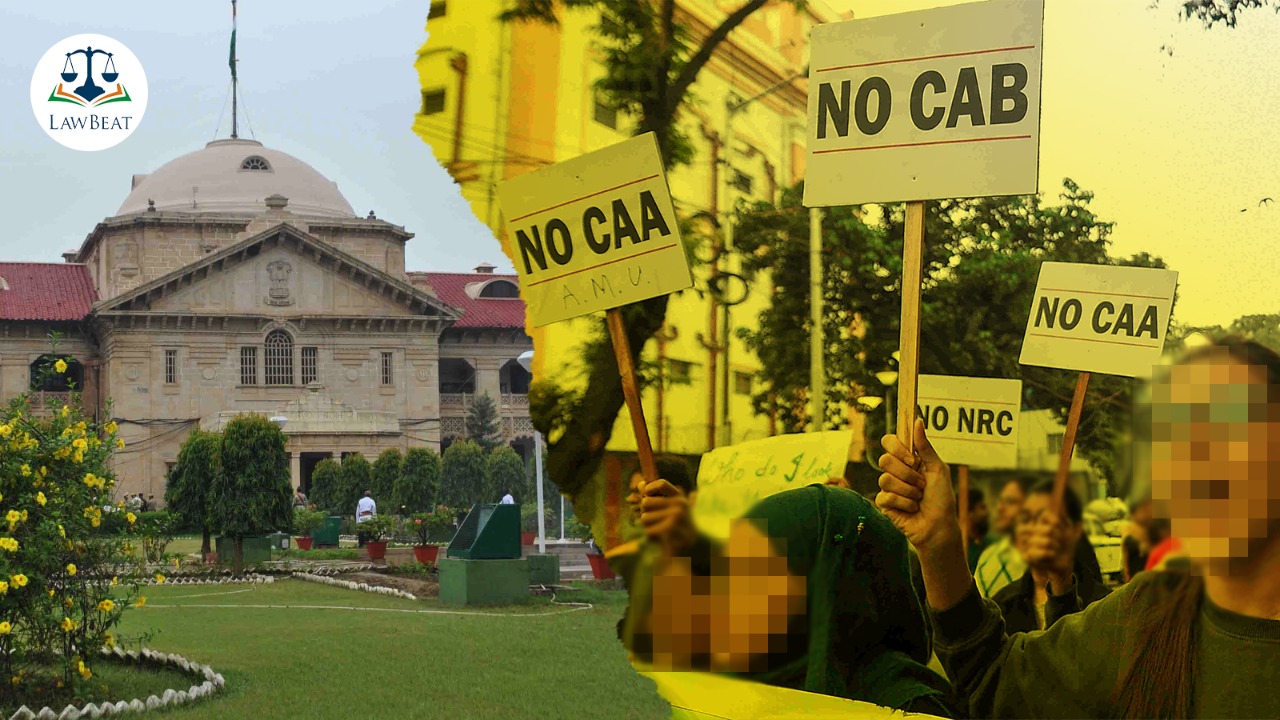 The Allahabad High Court last week quashed detention orders against 6 persons who were lodged in District Jail, Mau (Uttar Pradesh) after their participation in the violent demonstration against the N.R.C./C.A.A. that took place on December 16, 2019 in Mau.

The bench quashed both the orders on two counts, first that petitioners were not given proper opportunity of making representation against the order of detention under Section 3(2) of the National Security Act (NSA) and second that while passing the detention orders, the DM, Mau had recorded his satisfaction without verification of the information supplied to him.

Court said that by the time petitioners’ representation pertaining to the DM’s detention order reached the State Advisory Board for reconsideration, the original detention order had expired.

Therefore, taking into account Section 10 of the NSA, which mandates that the grounds of detention as also the affected person’s representations have to be placed before the State Advisory Board with three weeks from the date of detention, the Court held,

“The non-compliance of the mandatory provision of Section 10 of the NSA renders the detention orders illegal.”

The Court also said, “Article 22(5) of the Constitution cast obligation upon the authority making the detention order to afford the earliest opportunity of making representation against the order of detention and it is a constitutional obligation of the Government to consider the representation forwarded by the detenue without any delay.”

Further noting that “the delay caused on account of any indifference, slackness or callous attitude of the authority/Government at any stage of the decision-making process, if remained unexplained, cannot be condoned ” the Court, held DM’s detention order as illegal.

Furthermore, deliberating upon the second objection raised by the petitioners’ counsel that the satisfaction recorded by the District Magistrate, the detaining authority was not based on any cogent material, the Court took on record all the rival contentions.

There was a report of the Incharge Inspector, Police Station Dakshin Tola, Mau on record which stated that the public order and peace in the district Mau got completely disturbed on account of the protests against CAA-NRC on December 16, 2019 and as per beat information, the detenues who were lodged in jail had been telling their friends and relatives that they would repeat the same crime again and the incident this time would be bigger than the last one.

However, it was argued by one petitioner that these allegations were totally false and baseless, inasmuch as, during Covid-19 times, no visitors were allowed in the District Jail, Mau and no person in jail was permitted to meet his friends and relatives.

However, the Deputy Jailer, District Jail, Mau in his deposition had stated that though the petitioners had not met anyone of their friends, relatives, but the facility of telephonic conversation had been provided to the petitioner and his friends and relatives could talk through telephone.

Taking note of submissions of both the parties, the court rejected Deputy Jailer of Mau jail’s assertion about the facility of telephonic conversation and held them vague.

Noting that DM, Mau had relied upon these vague submissions of the Police and jail authorities to record his satisfaction, the Court held,

“The incorporation of non-existent and misconceived ground in the material placed before the detaining authority to influence its decision to pass the order of detention, would make the detention order invalid. The flaw in the decision making process in recording satisfaction by the detaining authority without verification of the information supplied to it makes the whole process illegal.”

Thus, in both the above counts, the Court allowed the present writ petitions.

However, as the detention orders have outlived their life for the fact that the writ petitions could be heard only after the expiry of the maximum period of twelve months as prescribed in Section 13 of the National Security Act, 1980, no other direction were issued.

The Court, however, clarified that the petitioners could not be kept under further detention.

An incident had occurred on December 16, 2019 in Mau, UP following which a first information report (FIR) was lodged against 85 named persons and 600 unnamed persons involving the present petitioners.

Following that FIR, the SHO of the concerned Police station had submitted a report to the Superintendent of Police, District Mau and pursuant thereto, the SP (Mau) had requested the DM, Mau to detain the petitioners by invoking powers under Section 3(2) of the NSA.

At the time of the passing of the detention order, the petitioners herein were already in custody in the District Jail, Mau for the criminal cases lodged against them.