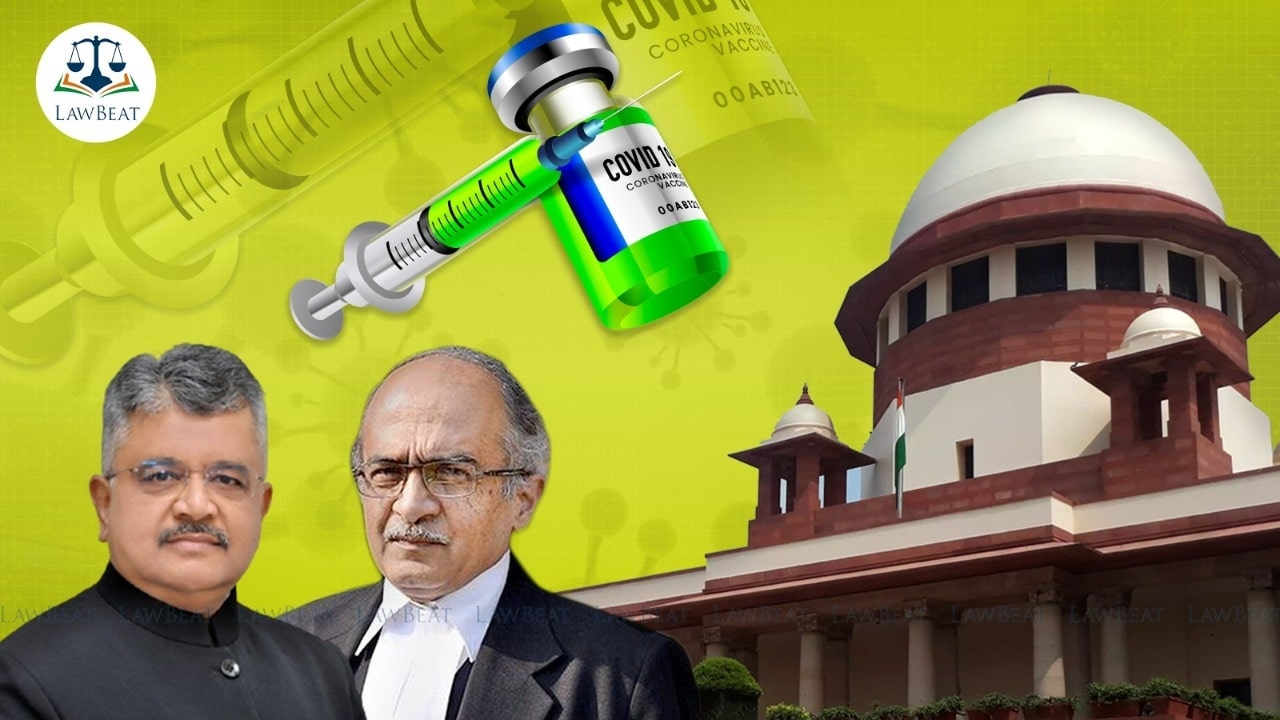 In Advocate Prashant Bhushan’s Public Interest Litigation against vaccine mandate, the Solicitor General of India (SG) Tushar Mehta today submitted before the Supreme Court that a person’s right not to be infected will outweigh another person's right to not get vaccinated.

The SG while referring to a gamut of foreign judgments argued that “it is not enough that someone creates a doubt in the mind of the public with regard to vaccination, they should also try and dispel it.” He added that while the petitioners have referred to speeches of various foreign scientists on vaccination, they have not bothered to access what is in the public domain.

The SG, prior to adverting to the arguments that the petitioners have argued that they were not aware of the vaccine's composition, what it is made of, etc., referred to the counter filed by the Centre and submitted that “the entire composition of the vaccine is given in the website. It contains clinical particulars, therapeutic indications, etc. All are given in the Centre’s counter. We have also given clinical trial experience and it clearly says “no vaccine-related adverse response is observed”

It was further submitted by the SG that the administration of vaccine is being monitored on real-time basis. He said “Each vial is being kept in cold storage. We have vaccine vial monitors which provide data as the vaccine is administered.”

SG relied on the judgment of the Supreme Court of United States in Biden Vs Missouri & Ors and submitted that the court had upheld compulsory vaccination for health workers while pointing out that one of the judgments that the petitioner had relied on had been overruled by the US Supreme Court in this judgment.

Further relying on the judgment of European Court of Human Rights in Vavricka Vs The Czech Republic, SG submitted "Even if somebody for some good reason is not vaccinated, a person being unvaccinated on purpose will affect them.”

SG, referring to the same judgment, contended that vaccine mandate and vaccination programs need to be tested on: 1) legitimate aim of the government and 2) necessity in a democratic society to provide for the aim to arrive at a decision on proportionality.

He further argued that if a vaccine mandate is proportionate with the legitimate aim, the doctrine of proportionality will apply.

Furthermore, referring to the judgment of the Supreme Court of New South Wales in Kassam Vs Hazard, the SG submitted that the court ultimately held that “these are the multitude of policy considerations of Executive which the Judiciary left to Executive’s wisdom.”

Lastly, SG referred to the judgment of the Supreme Court of India in Puttuswamy case wherein the right to privacy was held as a fundamental right and submitted that the same falls under the exception when there is legitimate State interest.

In conclusion, the SG remarked, “PIL petitioner can’t seek raw data to satisfy his curiosity or to sit in judgment of the opinion of experts.” The court will hear the States tomorrow.

Earlier, Advocate Prashant Bhushan while arguing against the compulsory vaccine mandate had submitted that “It is unstick and irresponsible to use such untested vaccines on children. They are hardly affected by COVID. Chances of children dying of vaccine itself is more than chances of the child dying due to COVID.”

Bhushan had further argued that some schools are mandating not only the children to get vaccinated but are also forcing the parents to be vaccinated. On vaccination for children, Bhushan submitted that vaccines can cause Myocarditis in children. He argued that one in 1000 children can get Myocarditis because of the vaccination, however the chances of children becoming seriously ill because of COVID is one in a lakh.