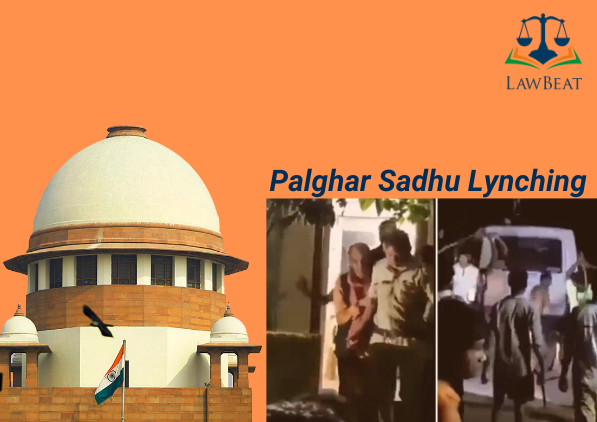 The Supreme Court on Monday made it clear that the cases seeking transfer of the Palghar Sadhu Lynching issue will not be adjourned further.

A bench headed by Justice Ashok Bhushan was informed by one of the intervenors that some time is sought for filing additional documents.

"Even if ultimately it is transferred to another investigating agency, then with passage of time, the materials which the local police may have collected will be destroyed," Advocate Subhash Jha submitted before the bench.

The Top Court was hearing a plea by advocate Shashank Shekhar Jha alleging police complicity in the incident of lynching effectuated against two Seers in Palghar, Maharashtra and demanding a probe either by a judicial commission or the Central Bureau of Investigation (CBI) into the incident.

The lawyer has argued that every single citizen was entitled to right to life and equality under the law. These sadhus were denied of it despite the top court’s earlier directions to the executive authorities to prevent any lynching, the plea states.

"Despite seeking police help they were lynched," the lawyer has argued in his petition.

The Maharashtra Government has maintained that there is no need to transfer the case to another investigating agency and that the Police of the State of handling the issue.

In this context, the Maharashtra Police had recently filed an affidavit in the top court.