People with deep emotion will be first to distinguish between ‘Rooh Afza’ and ‘Dil Afza’, Delhi HC rejects injunction request in trademark dispute 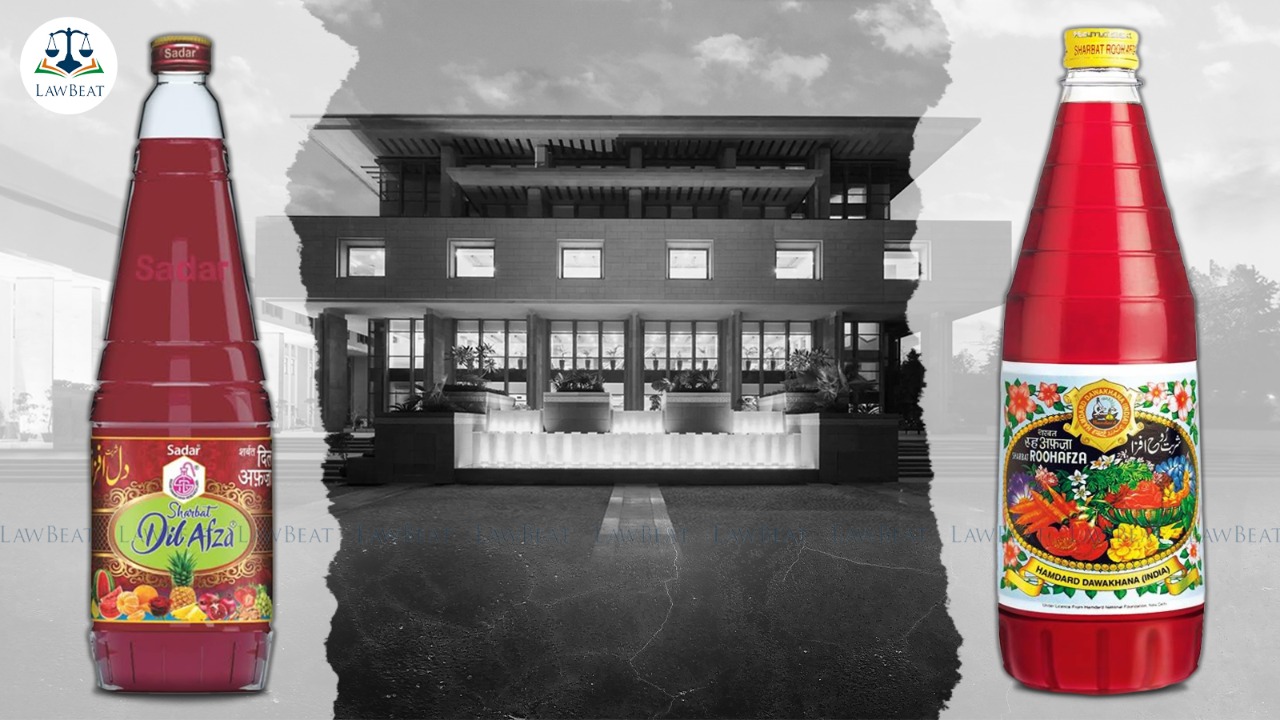 The Delhi High Court dismissed an application filed by the manufacturers of Rooh Afza seeking an injunction on the sale of Dil Afza stating that for such a long time apparently, there has been peaceful co-existence with no confusion arising in the minds of the consumers.

The single bench of Justice Asha Menon rejected the application and stayed the suit filed by Hamdard National Foundation, manufacturers of Rooh Afza, arguing that its trademark has obtained a secondary meaning with sharbat and this reputation has been built over a hundred years.

It was alleged that in the month of March, 2020, the Hamdard manufacturers (plaintiffs) came to know that the Sadar Laboratories (defendant) had issued an advertisement launching its syrup/sharbat, bearing the mark ‘Dil Afza’ in deceptively similar ringlet bottles as that of the ‘Rooh Afza’ bottle. They thus contended that, the defendant had with mala fide intention, also adopted a deceptively similar mark, unique get-up, and design for its product.

The major point of contention were whether,

The Bench pointed out that in the present case, the defendant’s sharbat is called ‘Dil Afza’ and therefore there was no identical mark that has been used. The similarity was sought on the ground that ‘Dil’ and ‘Rooh’ entail deep emotions and that the word ‘Afza’ is common to both.

“It would be taking an extreme position, even if the consumers were connoisseurs, to believe that the use of the word ‘Rooh’ and ‘Dil’ would cause confusion because they connote deep emotion. Buying a bottle of sharbat may involve emotions, but not deep to the extent hoped for by the learned counsel for the plaintiffs. In any case, those who appreciate this deep emotion would be the first to be able to distinguish between ‘Rooh’ and ‘Dil’,” observed Bench while rejecting this application.

The Bench also observed that since the word ‘Afza’ is not descriptive of the sharbat but signifies an increase in deep enjoyment either of ‘Rooh’ or ‘Dil’, in order to claim exclusivity on the word ‘Afza’, the plaintiff had to show that it has built a reputation whereby the word would only mean Rooh Afza, which was not done in the present suit.

“Since ‘Afza’ is not descriptive of the sharbat, but may signify, in keeping with the exposition of the learned counsel for the plaintiffs, an increase in deep enjoyment, either of the ‘Rooh’ or the ‘Dil’, in order to claim exclusivity to the word ‘Afza’, the plaintiffs would have to also show that they had built a reputation leading to the acquisition of a secondary meaning whereby ‘Afza’ would denote only ‘Rooh Afza’, being the product of the plaintiffs. Thus, while ‘Rooh Afza’, that is the complete word, may have acquired a secondary meaning, indicative of sharbat produced by the plaintiffs, ‘Afza’ by itself does not appear to be of that category,” held the Bench.

The Bench, therefore, refused to grant injunction and stayed the suit till the Registrar of Trademarks disposed of the rectification application filed by Hamdard on the issue.

“In the light of Section 124(1)(b)(i) of the Trade Marks Act, 1999, the suit is stayed pending the final disposal of the rectification application filed by the plaintiffs. On the conclusion of those proceedings, either side may move an application for listing of the suit before the court.”