[Permanent Commission] "Army may be Supreme in its own Right but Constitutional Court equally Supreme": Supreme Court warns Army of Contempt action 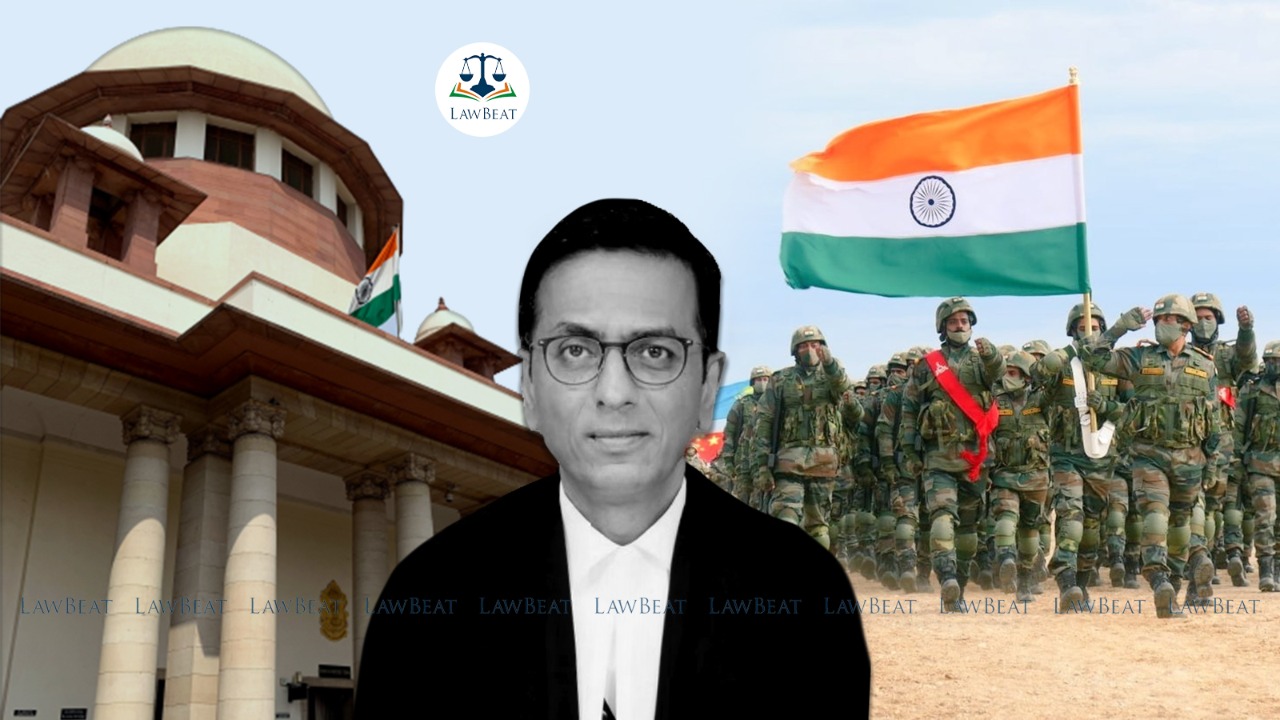 The Supreme Court on Friday warned the Indian Army of contempt action in a contempt plea against Army Chief of Staff MM Naravane over the alleged delay in grant of permanent commission to women officers in army.

"The army might be supreme in its own right but the constitutional court is equally supreme," remarked Justice DY Chandrachud, while presiding over the bench also consisting of Justice AS Bopanna.

ASG Sanjay Jain informed Court today that the issue in the current context is of 11 women officers and against 8 of them, complaints were pending. In effect, he was apprising the court of the reason as to why their grant has not taken place within permanent commissions. "There reports are confidential. A senior officer from Army has been sent physically to the Supreme court with the copies of the confidential reports to show the Judges.

The case has been put up for hearing at 2 PM now.

On the last date of hearing, ASG Sanjay Jain appearing for the Chief of Army Staff submitted that they had filed an affidavit laying down as to why Permanent Commission was denied and it clearly indicates that the Conduct of the lady officers was considered while rejecting grant of Permanent Commission.

However, Justice Chandrachud said, "we had said that all the women who cleared 60% shall be given a permanent commission, you can't now say 60% + fitness + Conduct, resolve it from your end so we can close the contempt.”

Earlier, the Court had asked the Central Government to hold the immediate release of 72 Women Army officers while directing the office of Additional Solicitor General and Defence Ministry to file a detailed affidavit explaining the position.

“We respect the Army but the issue of vigilance and discipline will come later,” Justice Chandrachud added.

ASG Jain, after consulting with Senior Advocate Col R Balasubramanium said that they will come back to the Court on this.

Some background in the plea filed by Lt. Col Nitisha dictates passing of an order by the Apex Court laying down the following,

Case Title: Nilam Gorwade and Ors. Vs. Manoj Mukund Naravane and Ors. and Other Connected Matters.