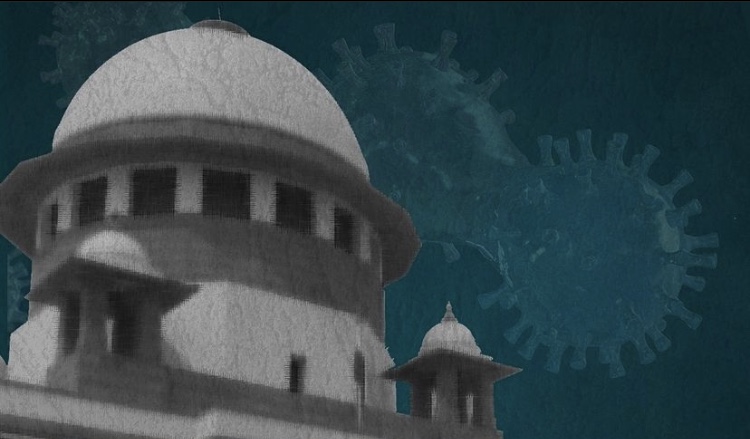 Supreme Court has issued notice in plea which avers that taking shield of the Covid pandemic, several NGOs and individuals are misusing the relaxation being provided by the Ministry of Home Affairs under the Foreign Contribution Regulation (Amendment) Act, 2020 (FCRA).

The petitioner, namely Vinay Vinayak Joshi alleged that he had an apprehension that taking the shield of the Covid pandemic and their work for covid relief, several NGOs and individuals are actually misusing the FCRA regime to siphon off funds obtained from abroad for purposes other than those permitted under FCRA.

The petitioner filed a petition before the Apex Court for being aggrieved by the notification issued by the Ministry of Home Affairs (MHA), Government of India extending the last date for NGOs and individuals, who receive foreign funds, to open the mandatory FCRA Bank Account till June 30, 2021, and thereby extending the validity of the Registration Certificate of all FCRA license holders till September 2021.

He prayed the court for issuing a Peremptory Writ of Mandamus directing the MHA to not extend the compliance deadline any further.

The petition reads that in response to the representations made by several NGOs to relax the dates for complying with the FCRA requirements in view of the covid times, the MHA first extended the date for compliance under FCRA regarding opening of FCRA bank account till March 31, 2021, and then on May 18, 2021, the MHA once again extended the deadline to June 30, 2021.

The petition adds that similarly, the MHA also extended the validity of the Registration Certificate of all FCRA license holders till September 2021.

The petition also states that both these decisions were taken only on the ground of Covid exigency, as many NGOs are involved in covid relief work.

He highlighted the significance of the FCRA Amendment Act, 2020 stating that due to previous instances of misappropriation of funds by NGOs, the Parliament of India enacted the Amendment Act, 2020 which made strict provisions for strict compliance with the legislation. He stresses that due to the exponential increase in infractions of FCRA, strengthening compliance mechanisms became the need of the hour.

The petitioner raised the following issues before the court:

It is to be noted here that under section 11 of FCRA, 2010, it is mandatory for the NGOs to register themselves under if they're going to receive foreign funds. Only organizations registered under FCRA can receive funds for social, educational, religious, economic and cultural purposes. It is also mandatory for such organization to file annual returns to the Central Government.

Therefore, stating that it cannot be denied that there are several NGOs that are genuinely working in the public interest, and that he is not challenging the already issued notification by the MHA, the petitioner urged the court to issue the directions sought.