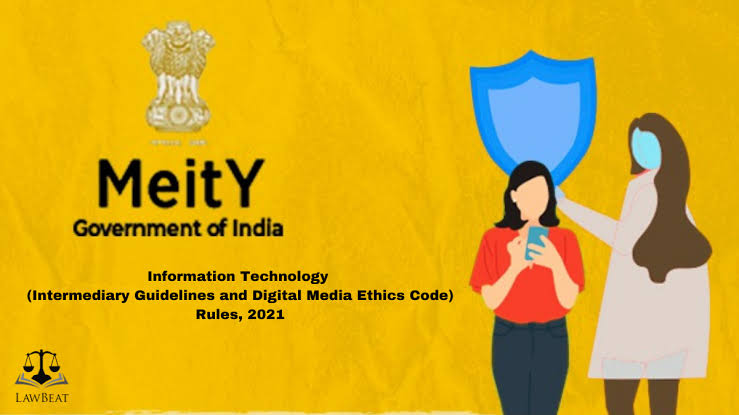 “I state that as an artist and cultural, political commentator, I cherish and attach particular value to my rights to free expression and privacy under the Constitution of India. For me, privacy, like music itself, is an experience. When I think of privacy, I think of life, intimacy, experience, discovery, security, happiness, the lack of fear and freedom to create… The challenge made to the Impugned Rules in this WP is predicated at two levels: It is my contention that the rules are in breach of my Fundamental Rights under Part III of the Constitution and that the Rules are also Ultra Vires its Parent Statute, that is the IT Act, 2000”, the petitioner in his affidavit says, relying Supreme Court pronouncement in KS Puttaswamy v. Union of India, (2017) 10 SCC 1.

It is contended that Part III, Intermediary Rules, 2012 creates a regime of executive oversight of online speech, which is wholly contradictory to the Right to freedom of expression.

“The rules establish vague responsibilities on producers of online curated content that will only inevitably lead to a chilling of the creative process. Independent creators who are keen to stretch the boundaries of cultural and social acceptance will find themselves thwarted by a law that sanctions arbitrary ministerial supervision”

“Code of Ethics requires publishers of online curated content to take into consideration India’s multi-racial and multi-religious context and exercise ‘due caution’ when featuring the activities, beliefs, practices or views of any racial or religious group. Should such publishers fail to exercise ‘due caution’ the content in question may be blocked on recommendations made by the Inter-Departmental Committee. This Obligation that is imposed on the publishers is indeterminate and overbroad and is bound to have a chilling effect on speech.”

The petitioner says that although Article 19(1)(a) does not give license to hate speech but any law specifically forbidding the same or alike, ought to be clear and precise, for in the absence of clarity publishers will have to face consequences for not only illegitimate speech but also perfectly acceptable ones seeking to stretch known social, religious and cultural constructs.

“I submit that the Impugned Rules, which are vague and indeterminate, will thwart artists from raising difficult questions against existing aesthetic, gender and caste hierarchies in Karnatic music, and will thwart dissenters who question prevailing norms.”

As for Part II of the Impugned Rules, which stipulate “Due Diligence by Intermediaries and Grievance Redressal Mechanism”, Petitioner states,

“Even the Hon’ble Supreme Court in Shreya Singhal recognised that intermediaries should not be placed in a position of acting as Judges and evaluating the millions of requests by receive to disable access to online content, thereby reading down the requirement of ‘actual knowledge’ in Section 79 of the IT Act, 2000 to mean the actual knowledge from a court order or actual knowledge of a notification from an appropriate government agency in respect of unlawful content. The impugned Rules, 3(2)(b) and 4(2), have the effect of undoing this judgment, by treating intermediaries as gatekeepers of online content.”

With respect to tracing the first originator, as mentioned of under Rule 4(2), it is submitted that the Rule is vaguely worded in the sense that no mechanism has been outlined to trace the first originator as entrusted upon the Social media intermediaries;

“Rule 4(2) makes it mandatory for every significant social media intermediary to enable tracing of originators of information on its platform, purportedly in furtherance of Section 69 of the IT Act, 2000. However, the rule is so vaguely worded that it is difficult to gather precisely what the social media intermediary will have to do in order to identify the first origination of information. These nebulous stipulations will only lead to consequences that impinge on privacy in seeking conformity with the authority of law.”

Grounds in brief, preferred by the Petitioner: