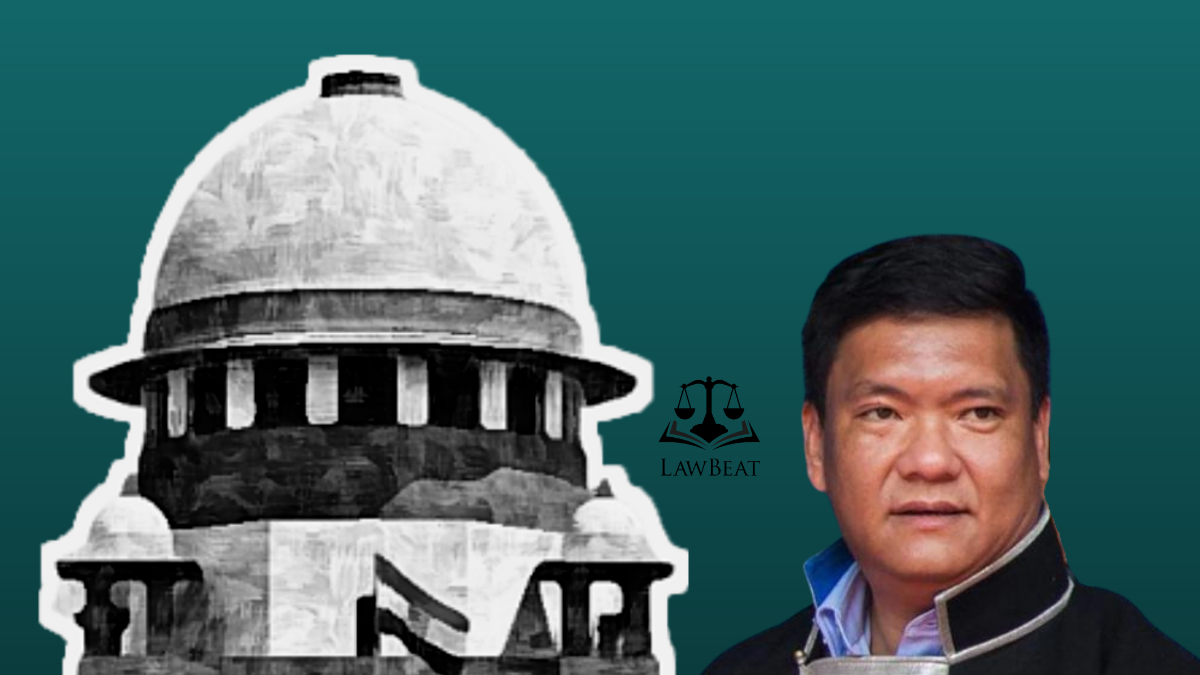 A plea has been filed in Supreme Court seeking conduct of a CBI enquiry/investigation against Shri Pema Khandu, the present Chief Minister of State of Arunachal Pradesh.

It has been argued that Shri Pema Khandu has earned a huge amount & has acquired huge properties by corrupt means some of which has been disclosed in the affidavit filed by him before the Election Commission.

“Besides this there are several undisclosed properties alleged to be in India & abroad which he has not declared in the election affidavits & needs to be properly investigated by the CBI”, the plea reads.

The plea has been filed by Arunchal Justice Forum through Advocate on Record Ansar Ahmad Chaudhary & is listed to be heard on April 19, 2021 by the Supreme Court Bench comprising Justice RF Nariman, Justice BR Gavai & Justice Hrishikesh Roy.

The petitioner has averred that Shri Pema in his own interest to gain money illicitly has also allegedely made several illegal appointments in the State of Arunachal Pradesh by appointing teachers without following the procedure established by law.

“The Government headed by Shri Pema Khandu within a short span of 7 years has entered into secret MOA’s to the number of 133 with various power developers without prior information & consent of Panchayati Raj institutions, Traditional Village Authorities, land owners & members of various political parties”
- excerpt from the plea.

In this context, the petitioners have argued that allotment of minerals licensing rights were also given secretly without competitive bidding & besides this, the infamous 1000 crore PDS scam was also done by Shri Pema Khandu through his son who is an accused with regards to the SGRY scam amounting to Rs 68 crores.