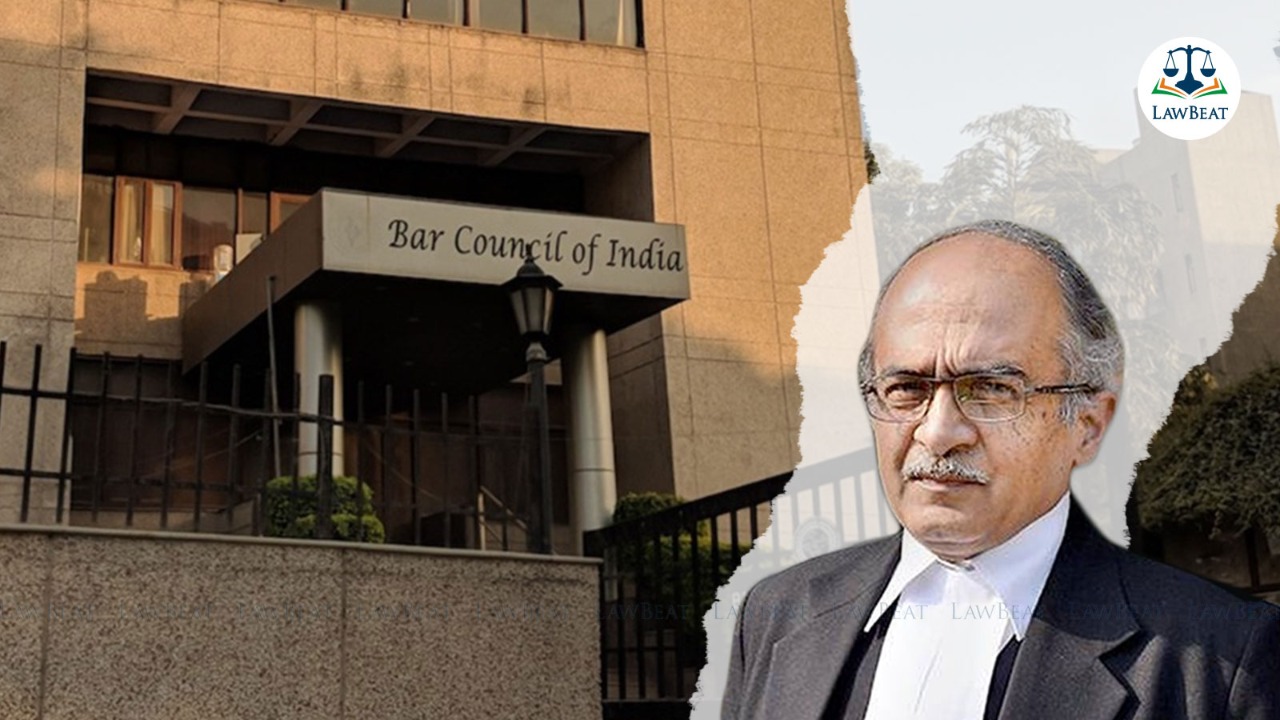 BCI has warned Bhushan to never forget that he is not only an ordinary citizen but also an Advocate and thus his conduct, even outside the court, should be like a gentleman.

The Bar Council of India has strongly condemned the comments made by Advocate Prashant Bhushan while speaking in a webinar hosted by Indian-American Muslim Council. BCI has said that in the webinar, Bhushan not only criticized and used filthy, demeaning words for Judges of Supreme Court, but also exposed himself by uttering that by doing so, he intended to deter some of the Judges of Supreme Court of India.

In a Press Release dated August 12, 2022, the BCI stated that Bhushan has crossed all limits.

"Unfortunately, Mr. Prashant Bhushan’s all the utterances are not only ridiculous but are reprehensible and a tirade against the Nation. Persons like Mr. Bhushan have never been the Champions of Civil Liberties, rather, by doing such nonsense acts, they succeed in giving a message to the world that they are anti-Indians. In fact, such people are misusing the fundamental rights of freedom of speech & expression. We cannot imagine existence of people like Prashant in countries like China or Russia....", the release adds.

BCI added that by making such statements, attacking our Judiciary, persons like Bhushan think that they would succeed in terrorizing the Judges, but it is for the Judges of the Supreme Court to think whether to encourage such mal-practices.

Senior Advocate Manan Kumar Mishra, Chairman, BCI further stated in the press release that while for a strong and
independent Judiciary, a strong and fearless Bar is a compulsory requirement, "strong Bar does not mean that the Members are at liberty to abuse or utter anything against the sitting or former Judges."

"You can criticize anyone, but, you cannot cross the Laxman Rekha, always mind your language. The license to practice does not empower you misuse your position as a Lawyer", stated the release while cautioning Bhushan.

Mr. Bhushan is bent upon to malign the Supreme Court for serving his self-interest, the BCI remarked.

The lawyers of the country are wise enough to understand the motive behind such attempts, and the Advocates are not going to tolerate, such baseless allegation of Mr. Prashant against the Supreme Court or any Judge of the country anymore, the BCI chairman added.

Apart from that, the BCI also referred to Senior Advocate Dushyant Dave's comment upon listing of cases, and has fully supported his views.

"The Chief Justice of India and the Judges should look into the seriousness of this matter and should take immediate measures for
listing of urgent matters, without any difficulty to Advocates and the litigants. This is a very important and burning issue, which needs to be addressed and redressed by the Supreme Court, as also by some of the High Courts of the country....", BCI said.