Pre Requisite Of Higher Education As A Qualification For Promotion Not Violative Of Article 14: Supreme Court 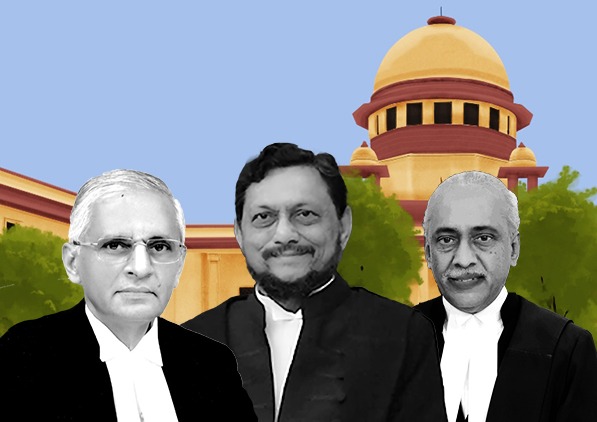 A full judge bench of Chief Justice S.A. Bobde, Justice A.S. Bopanna and Justice V. Ramasubramanian has held that a prescription of higher education as a qualification for promotion cannot be held as violative of Article 14 and 16 of the Constitution.

In light of the facts of the given case, Court held that a prescription of graduation as a qualification for promotion to the post of Head Assistant cannot be held as violative of Articles 14 & 16 of the Constitution.

Section 108(1) of the erstwhile Constitution of Jammu and Kashmir empowered Chief Justice of the High Court or such other judge/officer as he may direct, to make appointment to the post of Officers and Servants of the High Court and sub-section (2) mentioned that condition of such service shall be regulated by rules as formulated by the High Court.

In exercise of the powers under sub section (2), High Court passed the Jammu and Kashmir High Court Staff (Conditions of Service) Rules, 1968, which conferred powers upon the Chief Justice to make appointment to the staff, including promotion.

However, such promotions were intended to fill up the gap till eligible candidates were available.

This was challenged contending that the class IV recruitees did not possess adequate qualification at the time of initial appointment and hence their candidature must be set aside. On 22.04.2010, writ petition against it was allowed and the order of promotion of respondents herein was set aside.

Consequently, all persons like the appellants who were left out earlier, were promoted on 30.08.2011 as Head Assistants. Realising that the benefit of promotion conferred upon them was only short lived, the respondents challenged, through a batch of writ petitions, the order of the Chief Justice dated 24.10.2008, which was eventually set aside by the High Court stating that all persons working as Senior Assistants constituted a homogenous group and hence there cannot be any differentiation among them on the basis of educational qualifications. Following the said event, the appellants herein approached the High Court through a set of Letters Patent Appeal, which were dismissed by a Division Bench by a final order dated 16.04.2016.

It was against the said order that the appellants moved to the Supreme Court.

Setting aside the decision of the High Court, the Bench observed,

“As a matter of fact, the order of promotion dated 24.11.2008, promoting the contesting respondents as Head Assistants made it clear that their appointments were only till eligible and suitable candidates are posted to these posts and that they can be considered for regularisation/appointment only if they attain the qualification and experience prescribed for the post.”

Reliance was placed on State of Mysore v. P. Narasinga Rao, AIR 1968 SC 349, that Article 16(1) does not bar a reasonable classification of employees or reasonable test for their selection. It was further held that the provisions of Article 14 or Article 16 do not exclude the laying down of selective tests nor do they preclude the Government from laying down qualifications for the post in question.

Further, in Jammu and Kashmir v. Triloki Nath Khosa, (1974) 1 SCC 19, A Constitution Bench answering on whether person from different sources can be integrated into one class for the purpose of promotion, held, “Rule providing for graduates to be eligible for promotion to the exclusion of diploma holders is not violative of Articles 14 and 16 of the Constitution”

Furthermore, in T.R. Kothandaraman v. Tamil Nadu water supply, (1994) 6 SCC 282, Court summarized the legal position with respect to classification within a class in the following pointers; (i) Higher educational qualification is a permissible basis of classification, acceptability of which will depend on the facts and circumstances (ii) Higher educational qualification can be the basis not only for barring promotion, but also for restricting the scope of promotion (iii) restriction placed cannot however go to the extent of seriously jeopardising the chances of promotion.

Statute/Law Point involved: Article 14, 16 / Classification within a homogenous class on the basis of educational qualification