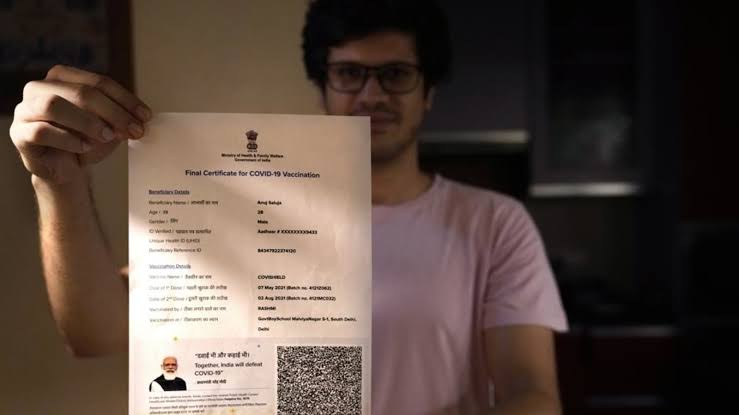 The Kerala High Court has issued notice to the Central asking for an explanation for putting Prime Minister Narendra Modi’s photo on Covid-19 vaccination certificates. The notice has been sent at the wake of a petition filed in the Kerala High Court by Peter Myaliparambil, a Kottayam native.

Mr. Myaliparambil contended that the present vaccine certificate violates the fundamental rights of a citizen and sought a certificate without the photo of the Prime Minister.

He has contended that he took the paid vaccine from a private hospital and receiving a certificate with the Prime Minister's photo on it, is in violation of his fundamental rights.

He further stated that the certificate is a private document and the Prime Minister’s photo on it serves no purpose. He produced certificates issued by other countries to evidence that they all carried necessary information, not photos of their heads of governments.

The petition said that the CoWIN portal should infact have an option wherein people can choose to not get a certificate with the Prime Minister’s photo on it.

Pointing out that the vaccine was taken without any “subsidy or largesse” from the government, he said that he was, on the contrary, forced to take the vaccine privately because he did not get a slot for getting free vaccines provided by the government.

The very fact of putting the Prime Minister’s photo in every vaccine is contrary to the precedent laid down in Common Cause v Union of India [WP (Civil) No. 13 of 2003], it has been submitted in furtherance of the argument that "no one individual should be credited for the actions/ success of the government."

An interesting contention posed by the petitioner is that of the ‘captive listener’, under which the petitioner states that by being forced to have the Prime Miniter’s photo on the certificate, the recipient of the certificate is being treated as no more than a captive audience, whereas, the petitioner infact has a right to free speech as protected under Article 19, against compulsory and forced listening.

Further it has been said that, putting the Prime Miniter’s photo is like “preaching to the converted” as the recipient is already convinced of its value.

Earlier, the central government has defended its decision of putting the Prime Minister’s photo on the certificate, with the Minister of State for Health BP Pawar telling the Rajya Sabha that, "The photograph along with his words reinforces the message for creating awareness and importance of following Covid-appropriate behaviour even after the vaccination. It was done in the larger public interest."