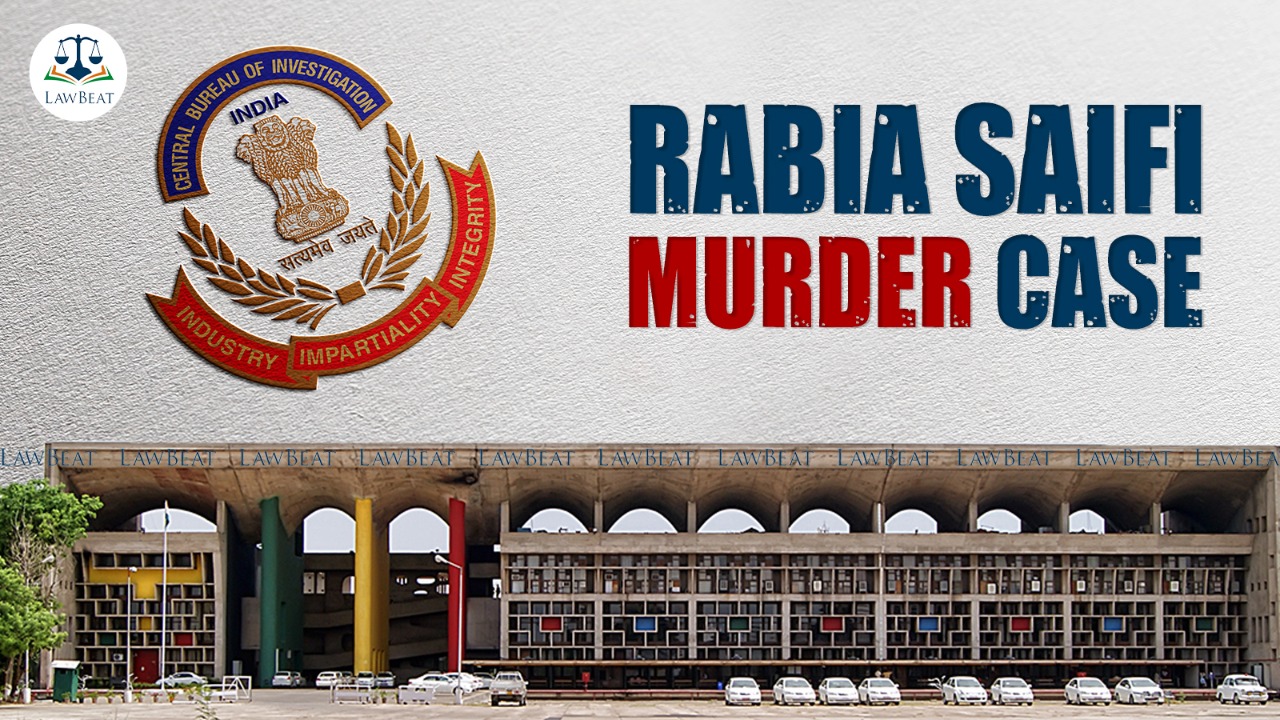 Parents of 21-year-old deceased Civil Defense volunteer with Delhi Government, Rabia Saifi, have knocked on the doors of Punjab and Haryana High Court demanding a court-monitored CBI probe into their daughter's murder.

Parents have alleged that Rabia was murdered as part of a larger conspiracy to suppress the fact that rampant corruption was going on in the Civil Defence Department of the Government of NCT of Delhi wherein money was being extorted from general public by issuing fake challans for alleged violation of Covid-19 protocols.

The plea avers that as a part of the above-referred racket, a lot of violators were being let of with bribes and as such, the said amounts were also landing in the pockets of corrupt officials. It's been also alleged that despite Rabia's unwillingness to take the risk of keeping the above noted illegal money in her custody, she was under tremendous pressure from her superiors.

The plea reads that Rabia had earlier expressed the apprehension to her parents that she may be made a scapegoat by her superiors in the event of any refusal or complaint by her and her job would also be at risk.

The plea further alleges that high ranking officials are also indulged in the conspiracy and the FIR filed at the Suraj Kund Police Station, Faridabad is wholly wrong, and incorrect and misleading facts have been mentioned in it to conceal the truth to save and shield the real culprits behind the disappearance, brutal murder and mutilation of the body of the daughter of the Petitioners.

To support this allegation, the plea adds that just a day prior to Rabia's disappearance from her office at District Magistrate, Amar Colony, Lajpat Nagar, New Delhi, her senior, Ravinder Mehra, DANICS, was arrested by the Delhi Police in connection with the above-referred activities.

It has also been contended that despite the fact that the cause of action in this matter arose within the territorial limits of Delhi, still, the FIR was lodged in Haryana.

It goes on to allege that there had also been deliberate concealment of injuries in the post mortem report of Rabia and adds that though the Haryana Police registered a First Information Report (FIR) in this case but closed the case on the basis of the confessional statement of one Nizamuddin who claimed to be her alleged husband.

The parents have alleged that in this regard, rampant misreporting is also going on in the media with a view to disparage the character of the deceased daughter of the Petitioners by alleging a secret marriage between her and the presently apprehended accused, i.e., Nizamuddin.

They have submitted that the allegation of marriage between their daughter and Nizamuddin is patently false, and the same is also being done with a view to deliberately misdirect the course of investigation and in order to prevent the real conspiracy from being revealed.

To be noted, Rabia's parents had initially approached the Supreme Court seeking transfer of investigation of the FIR registered in the case to the Central Bureau of Investigation, however, the Apex Court had relegated the Petitioner to the jurisdictional High Court, that is Punjab and Haryana High Court.

The plea is likely to be heard by the Punjab and Haryana High Court on Wednesday.

The 21-year-old civil defence officer was allegedly stabbed to death in Delhi by a man who claimed to be her husband. She was kidnapped on August 27 in Lajpat Nagar after which she was stabbed multiple times which resulted in her death.

On August 27, a 23-year-old man named Mohammad Nizamuddin had surrendered at the Kalindi Kunj Police Station and had claimed responsibility for Rabia's murder. Rabia and Nizamuddin used to work in Civil Defense.