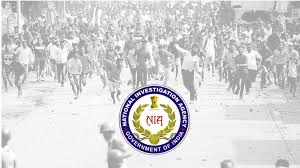 On Wednesday Harshali Potdar, a TISS pass out and an accused in the Bhima Koregaon case has deposed as a witness before the Commission of Inquiry, stating that Bhima Koregaon Violence was the outcome of a larger conspiracy & that ‘Sambhaji Bhide’ along with 'Milind Ekbote' instigated the Violence.

A two member commission had been appointed in 2018 comprising of retired Justice JN Patel and former Chief Secretary of State of Maharashtra Sumit Mullick for probing into the series of events that led to the violence.

The lawyer representing the commission, Advocate Ashish Satpute, recorded the examination in chief on Wednesday.

In her deposition copy, Harshali Potdar has stated that she was fearful & still fears that she would be acted against by police for telling this truth to the Commission and further for bringing these evidences against Sambhaji Bhide.

“The police took away all the papers relating to the investigation done by me from 1st January, 2018 till 17th April, 2018 relating to the holding of meeting (Elgar Parishad at Shaniwar 5 Wada) and statements of victims audio-video recording of the witnesses, profiles and posts drawn from social media revealing the conspirators and conspiracy leading to the incident of riots,” she further added to the deposition.

She also stated in her deposition that they had gathered lot of information through various sources including social workers. Also, in the course of our research, into the causes and effect of the incident which occurred at village Vadhu Budruk and Koregaon Bhima, they realised “that the incident was an outcome of a larger conspiracy.”

According to her it was important to understand the pertinence of the program which dalits and bahujans attended in number of thousands on 1st January 2018 at Koregaon Bhima.

“That two hundred years ago, a fight took place between military of Peshawas and that of Britishers. Where a fable army of 800 and odd, defeated mighty army of Peshawa comprising more than 25000 strong soldier,” she added.

“That one of such incidence which can be seen as alarming particularly with respect to communal harmony in Pune and nearby area was killing of Mohsin Shekh, an IT Engineer whereat activists from Hindu Rashtra Sena namely Dhananjay Desai is being tried in the said murder case. It is important to note here that Dhanajay Desai and Hindu Rashtra Sena have close affiliation, partnership and common agenda, they being of same ideology and associated with Rastriya Swayamsewak Sangh. That said killing of Mohsin shekh was followed by attack on muslim and dalit ghettos, mosque etc.”

“On 20 December 2017, again in Pimpri Chinchwad, following action by Pune Municipal Corporation, people from above named organization started spreading false messages that statue of Shivaji Maharaj has been destructed, further alleging that while Hindus had gathered for shiv Wandana Muslims attacked on them,” she added.

According to her both the incidences stated above, one of Mohsin Shekhand and other of Pimpri Chinchwad clearly suggested that the modus was to spread hatred messages, or attempt to instigate target group which would have ultimately resulted into riot.

Given that on both the occasion target groups (Muslims) acted with patience and calmness their agenda of creating riots failed and therefore they moved their attention towards Bhīma Koregaon for which also they were preparing since long.

It was also stated by her that people associated with Samasta Hindu Aghadi and Shiv Pratishtan Hindustan which is affiliated to Hindu Rashtra Sena, started spewing venom through social media and in order to create communal discord amongst bahujans, a board was erected at the resting place of Govind Mahar on 28th December 2017 by his decedents who was resident of Pune that indicated the contribution of Govind Mahar. Thereby owing to such action this resulted into registration of offence under Atrocity Act against 49 people.

It is important to note here that the said complaint particularly noted that the action of removal of board was carried out at the command of Milind Ekbote and his organization namely Dharmavir Sambhaji Maharaj Smriti Samiti.