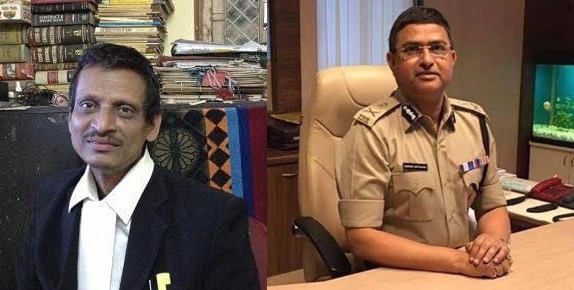 Manohar Lal Sharma, an advocate and PIL enthusiast, has filed a Contempt of Court Petition on Friday before the Supreme Court to issue directions to initiate Criminal Contempt proceedings against the Prime Minister, Home Minister and Ministry of Home Affairs.

The petitioner is known for rushing to the Supreme Court with PILs in sensational matters such as Rafale deal, Article 370, Hyderabad police encounter etc. In 2018, the Supreme Court had imposed a cost of Rs 50,000 on him for filing a frivolous PIL against the then Finance Minister Arun Jaitley.

The petition is moved taking reference to a Supreme Court ruling in Prakash Singh vs Union Of India on 3 July, 2018 that

“All the States shall send their proposals in anticipation of the vacancies to the Union Public Service Commission, well in time at least three months prior to the date of retirement of the incumbent on the post of Director General of Police.”

The present petition states that on July 27, 2021 Appointments Committee of the Cabinet (ACC), headed by Prime Minister Narendra Modi appointed Rakesh Asthana as a Commissioner of Delhi through a letter issued by MHA headed by Mr. Amit Shah.

The petition alleges that this appointment of Mr. Asthana as Commissioner of Delhi Police is in disobedience of the Supreme Court judgement in Prakash Singh case as the appointment has been done just four days before his due retirement from the post of Director General of the Border Security Force (BSF) on July 31.

Taking this argument as his sole ground, ML Sharma has filed some serious allegations against the PM and the Home Minister stating the appointment was done knowingly and deliberately intending to scandalise or to lower the authority of the court.

Going even further, Mr. Sharma has questioned the authority of the PM and the Home Minister as to enjoy their respective offices stating,

In addition to issuance of directions for contempt proceedings, Mr. Sharma has further prayed to declare appointment of Mr. Rakesh Asthana as Commissioner of Police of Delhi illegal.