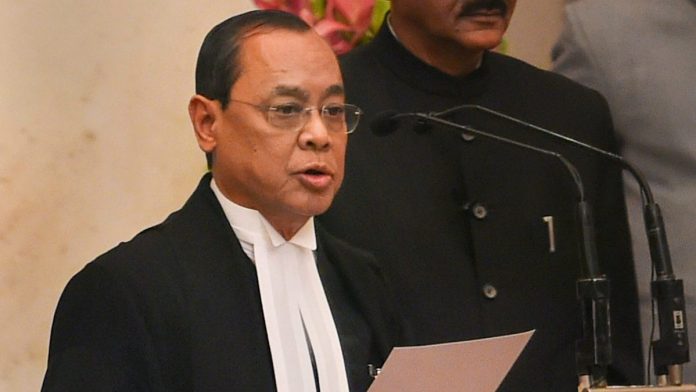 A Full judge bench of Justice Sanjay Kishan Kaul, Justice A.S. Bopanna and Justice V. Ramasubramanian, while hearing the suo moto writ petition against former CJI Ranjan Gogoi observed, “Justice A K Patnaik committee report has said a conspiracy to level sexual harassment charges against former CJI Ranjan Gogoi in April 2019 cannot be ruled out. The report said it could have been because of tough stand taken by then CJI on judicial & administrative side.”

Former Supreme Court judge, Justice AK Patnaik was given the charge to look into the allegations made by a lawyer Utsav Bains, of precisely being approached by certain elements instigating to file false complaint against CJ Gogoi.

“The learned Judge has recorded in the final paragraph that the Director of IB in his letter dated 05.07.2019 has stated that on account of the then Chief Justice of India taking serious tough decisions like in the case relating to National Register of Citizens (NRC), there was strong reason to believe that persons who were unhappy with those decisions hatched a conspiracy against the then Chief Justice of India. A reference has also been made to certain tough administrative decisions taken to streamline the process in the Registry”, the bench observed.

Since two years have passed and the possibility of recovery of electronic records at this distance of time is remote, especially since the scope of the enquiry and the power of the learned Judge is limited, no useful purpose will be served by continuing these proceedings, was further added by the bench led by Justice Kaul.

In April 2019, A Bench of Justice Arun Misra, Justice R.F. Nariman and Justice Deepak Gupta ordered for an enquiry into allegations placed through affidavit by Advocate Bains.

In August 2019, appointment of Justice Patnaik to conduct the said enquiry was made.

It is to be noted that the allegations of Sexual Harassment against the former Chief Justice was already discarded by the internal committee and the Patnaik committee was to precisely look into the allegations made by Bains.

Case Title: IN RE: MATTER OF GREAT PUBLIC IMPORTANCE TOUCHING UPON THE INDEPENDENCE OF JUDICIARY - MENTIONED BY SHRI TUSHAR MEHTA, SOLICITOR GENERAL OF INDIA