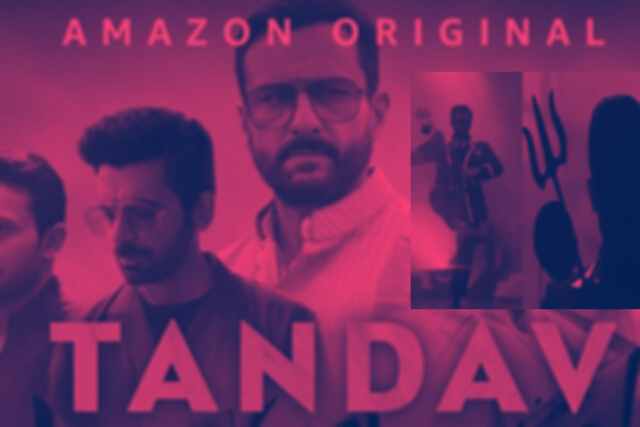 The complaint has been filed by Hindu Sena Chief Vishnu Gupta alleging that in first episode of the web series, one of the accused actor Mohd. Zeeshan Ayyub has disguised himself as Lord Shiva and has stated that Lord Ram’s followers are constantly increasing on social media and that Lord Shiva’s followers should also make some new strategies to increase their fan base.

The complainant has further alleged that this particular remark in the web series deliberately and maliciously passed, is absolutely derogatory & outrages religious feelings of Hindus by mocking Hindu Gods, without any justification and with the sole intention to promote enmity.

The parties arraigned in the complaint include the Director Ali Abbas Zafar as well as the Producers and star cast of the web series as defendants, including Aparna Purohit, Himanshu Krishna Mehra, Gaurav Solanki, Saif Ali Khan, Mohd Zeeshan Ayyub, Gauhar Khan.

The complainant has alleged that the defendants created and released the aforementioned web series with the mala fide and criminal intention to ridicule the Hindu religion and to promote feelings of enmity between different sections of the society.

The Sections invoked by the complainant have been criticised on the ground that they are misused to encroach upon fundamental right of freedom of speech even when a person expresses conflicting viewpoint. However, the Supreme Court in Ramji Lal Modi v State of UP (1957) upheld one of the above Sections (295A) based on the ‘reasonable restriction’ allowed under Article 19(2) of the constitution.

Later, in the famous Shreya Singhal vs. Union of India (2015) judgment, the Supreme Court distinguished between ‘advocacy’ and ‘incitement’, and held that laws restricting free speech would have to be narrowly tailored.

The next date of hearing is 23rd February at 2PM.

The Saif Ali Khan starrer web series has been in the eye of a storm as an FIR has also been registered at Hazratganj Police station, Lucknow, Uttar Pradesh.

The exact words spoken as dialogue between Lord Narayan & Lord Shiva (played by Actor Md. Zeeshan Ayyub) in the first episode of the web series are:

Ayyub (as Lord Shiva): Kya karun? Photo Lagaun? (What should I do? Should I put a photo?)