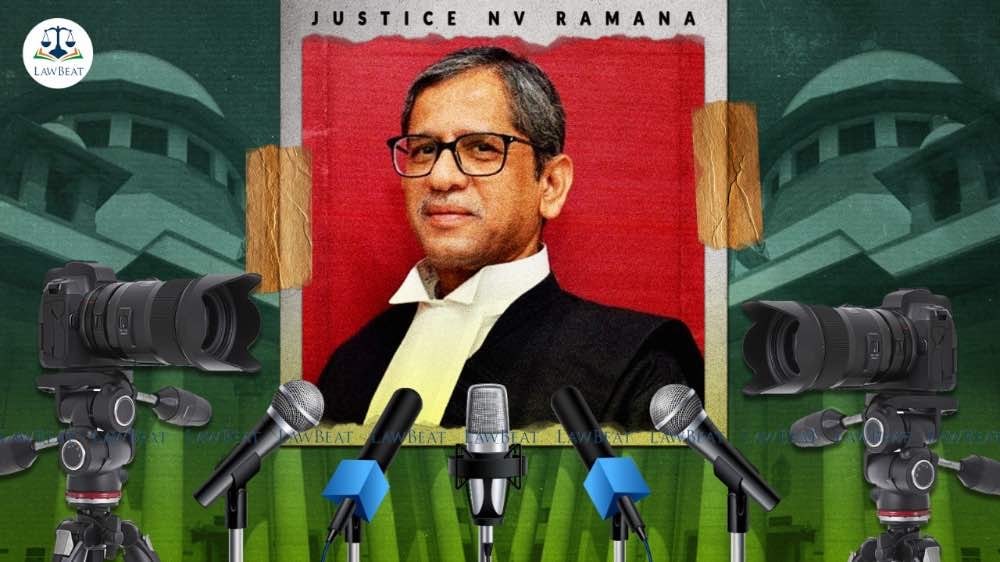 While speaking at an event organized for laying the foundation stone of new High Court building complex at Srinagar, Chief Justice of India, Justice NV Ramana said that he was extremely glad as solving the problems of infrastructure was very close to his heart.

"I have consistently emphasized the need for development and modernization of infrastructure. Sadly, post-independence, judicial infrastructure has not been over-hauled to meet the demands of growing needs of modern India", added the CJI.

Justice Ramana further said that the condition of judicial infrastructure across the country is far from satisfactory as courts are operating from rented accommodations and under deplorable conditions.

Hoping that the new Court complex would cater to bringing about an era of access to justice, Justice Ramana quoted Churchill who once said, “We shape our buildings; thereafter they shape us”.

Referring to the benefit of abrogation of Article 370, the CJI said, "Now, you have the advantage of 100% funding by the Central Government. You all should work in a coordinated manner to fill the gaps."

The CJI also quoted poet Raja Basu, an admirer of Kashmir who observed that, Jammu and Kashmir is the confluence of three great religions - Hinduism, Buddhism and Islam.

"It is this confluence which is at the heart of our plurality which needs to be sustained and cherished...", said Justice Ramana.

Highlighting the need to fill up the vacancies, the CJI said that 22% of the posts in the district judiciary were still lying vacant and steps ought to be initiated immediately to fill this gap.

Stressing on the role played by the Judges, he said, mere laws are not enough to build tradition in a country, it requires men of indelible character inspired by high ideals to infuse life and spirit in the skeleton of the laws.

"Create a congenial environment for the litigants. Often, litigants are under a lot of psychological stress. Litigants may be illiterate, unaware of law and have various financial issues. You should try to make them feel at ease", Justice Ramana said while addressing judges and judicial officers.