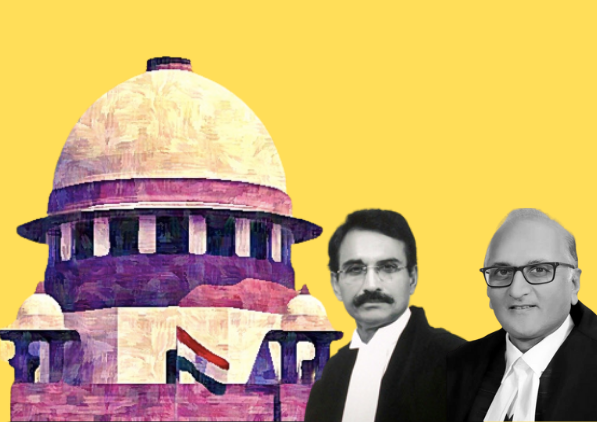 The Supreme Court has held that Regulation 4(2)(a) to (f), Medical Council of India Regulations are inclusive of one another and the requirement of having read Biology/Biological Sciences for each of the two years 10+2, is mandatory.

A Division Bench of Justice L. Nageswara Rao and Justice S. Ravindra Bhat, while setting aside the impugned judgment of the Telangana High Court said, “The stipulation of equivalence in Regulation 4(2)(f) is not merely a formal one. The provision must be read in the context of the consistent conditions of eligibility prescribed in Regulations 4(2)(a) to (e).” Further, it was observed that the construction adopted by the High Court undermines the intent behind the MCI’s insistence that a certain kind of education should be undergone prior to seeking admission to any Medical Course.

The Respondent-Student had applied for admission in MBBS/BDS course, pursuant to a notification issued by the Appellant-University, under management quota for NRI candidates.

In a list published by the University on 12.12.2020, it was stated that the respondent had not furnished proof of study of Biological Science in the qualifying examination (10+2 or equivalent). Consequently, the respondent obtained a letter from the Consulate General of India in New York, certifying that she had successfully completed the 12th grade from Conrad High School, West Hartford, Connecticut and that it was equivalent to the Pre-University and the Senior Secondary Board Examination Certificate of India.

Following this, the Telangana High Court passed an interim order permitting the respondent to participate in the counselling process, declaring that the respondent meets the eligibility criteria framed by the erstwhile MCI, which is further substantiated by the equivalence certificate issued by the Telangana State Board of Intermediate Education.

It was against this order that the Appellant approached the Top Court.

Learned ASG, Ms. Madhavi Divan submitted that, Regulation 4(2) Medical Council of India Regulations, 1997, lay emphasis not only on the equivalence of the qualification but also mandates schooling in those subjects in each of the concerned years; 11th and 12th. By all indications, the qualification held by the student in the present case is equivalent to 10+2 of any Board in India with English as one of the subjects but there is no further proof that she had undergone study in Biology or Biological Sciences in each of the concerned years at the 10+2 stage.

Learned Senior Counsel, Mr. Rana Mukherjee submitted that Regulation 4(2)(f) clarifies the fact that undergoing study in the concerned subjects for each of the two years is not mandatory. Reliance was placed upon Sharanya Balaji Nadar v. The Dental Council of India and Kashvi Udhayakumar v. Union of India in support of the submission that the interpretation placed by the High Court on Regulation 4(2) is correct. It was further submitted that each of the sub-clauses, that is, (a) to (f) of Clause 4(2) are independent of each other and in the present case the declaration of equivalence established by the certificate of 23.12.2020 by the Telangana State Board of Intermediate Education cannot be discredited by the Appellant-University.

Court observed, “A careful reading of the said provision discloses that the MCI emphasized that the candidate should have undergone study at the 10+2 stage, (or in the intermediate course) in the specified subjects of Physics, Chemistry and Biology/Bio-technology. In this case, the certificate relied upon by the student merely clarifies that she undertook a course whilst in the 10th grade. That, by no means, is sufficient to fall within the description of “equivalent” qualification under Regulation 4(2)(f).”

It was further added that there is a compelling logic on the part of the University to say that the candidate should have studied biology or biological sciences (apart from the other two science subjects, along with the further requirement of having studied English) in all the relevant years during the intermediate or at 10+2 level.

With respect to the submission of the respondent counsel, the Court said, “In the opinion of this court, the construction placed on Regulation 4(2), i.e., that each of the sub clauses (a) to (f) prescribes independent qualifications which should be deemed essential, is rather simplistic. That interpretation ignores the fact that each of the sub-clauses insists that certain subjects should have been studied, and practical examinations attempted at the 10+2 or equivalent level. Secondly, the college or intermediate examination [or equivalent qualifications under Regulation 4(2)(f) cannot be read in isolation, having regard to the circumstances. The provision must be read in the context of the requirements for eligibility under Regulations 4(2)(a) to (e).”

Court considered the observation made in State of Bombay v. RMD Chamarbaugwala, 1957 SCR 930, to hold, “…the qualification should be equally applicable to the other sub-clauses too, and that there was no difficulty in reading the qualifying clause as lending colour to each of those items.”

Setting aside the impugned order, the Bench held, “In the present case, Regulation 4(2)(f) explicitly refers to the subject matter requirement reiterated in all the eligibility conditions from (a) to (e); the substance of the eligibility requirement indeed, is that the candidate should have qualified an intermediate level examination or first year of a graduate course, and studied the subjects of Physics, Chemistry and Biology at this level, along with practical testing in these subject areas, and the English language. This subject matter requirement is at the heart of eligibility to be admitted into the medical course.” Further, the Court acknowledged the importance of theoretical and practical knowledge for seeking Medical Courses such as MBBS and directed that in order to be eligible, the candidate must produce clear and categorical material to proof that she underwent the necessary years of study in all the mandated subjects.