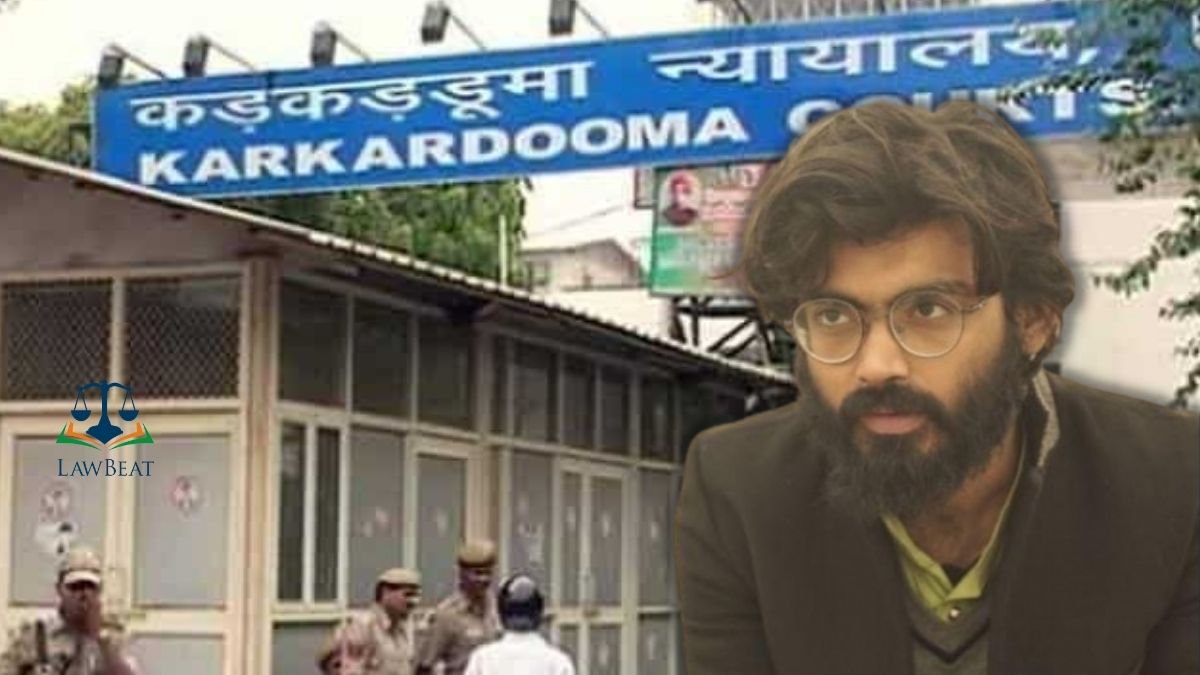 A Delhi Court has found sufficient grounds to proceed against Sharjeel Imam for offences in the Unlawful Activities Prevention Act, 1949 (UAPA) and sedition in the Indian Penal Code (IPC) under Sections 124­A, 153­A, 153­B, 505 IPC & Section 13 UAPA.

The Court stated that as per the charge­sheet, "the plan of action he tells and wants the readers and listeners to believe, results into various incidents of riots of December 2019 in Delhi, (...) which he makes reference to, in his speeches as well. As per the chargesheet, there were incidents of riots at Jamia, New Friends Colony, Seelampur, Darya Ganj, North ­East Delhi in December 2019, post his speeches and dissemination of material by pamphlets by adoption of strategy propagated by the accused. As set-­out above, (the) accused is also arraigned in another FIR relating to those incidents of riots of 2019. Violence did happen consequent to his speeches."

The Court further noted that in view of "positive assertions" made by Sharjeel Imam with respect to the strength of demography of Muslims in his speeches while pitching one community against ideals of the state, as if to say that their co-existence is an anathema, there exists "sufficient material to proceed against him".

The Court stated that in his speeches, Sharjeel "seemed to be skeptical against the ideas of secularism and democracy that has come about post Constitution" and has also gone on to make "vituperative" utterances against the "Father of the Nation."

The Court has stated that even though, the apparent reason for making speeches is the CAA/NRC, yet the references to other incidents or flash­points in history requires to be explained during trial and thus there are sufficient grounds to presume Sharjeel Imam committed offences under IPC (Sedition, others) & UAPA.

"References to cow­ killing or reservations not being given to Muslims who had converted from Hindus as such have no relevance for the protest which was ostensibly shown in the arguments as against the CAA law," noted the Court while framing charges.

The Court finally made it clear that this was the stage of charge and the accused, Sharjeel Imam would get an opportunity to explain himself about the contents of the charge-sheet including the speeches but for the purpose of the charge, a case is in fact, made out against him.

The Court succinctly broke down 4 of Imam's speeches and said that the content in the speeches "at least on a prima facie level", brings to the core, the fundamental thinking, ideas, and intent of the accused

Jamia Speech 13.12.2019
The Court breaks down Sharjeel Imam's Jamia speech in which he called upon Muslims to disrupt life and that it was not that difficult if they were to "organise themselves" –

“He does not want secularism to be spoken or practiced. Then,   he   talks   about   fascism,   being   bandied   about   and   tells   that   this ‘dastoor’ (law or tradition) allows fascism from the very beginning. He tells that whether it is cow protection, definition of Hindu or manner of elections, it shows that the Constitution itself is fascist but you should take the help of these in Courts,” stated the order.

Aligarh Muslim University speech 16.01.2020
The Court breaks down Sharjeel Imam's speech and stated that he was not only denigrating the Constitution but was also creating resentment and ill-will towards a particular caste in the minds of everyone, i.e. the Brahmin –

“He terms the Constitution of India as a document by the Pandits and says that educated Brahmins are very dangerous.  He then says that the idea of India is a construct upon the grave of Muslims and it is essentially a unification project by the Pandits.  He is not only denigrating the Constitution   and   the   idea   that   makes   this   country, but also creating resentment and ill­-will towards a particular caste in the minds of everyone,” stated the order.

Aligarh Muslim University speech 16.01.2020
The Court said that in his speech Sharjeel has referred to Assam as the "chicken neck" which belongs to Muslims and that all supplies to the Army in NE should be cut off, calling upon 5 lakh people to "permanently cut off NE" –

“He also then talks that if 05 lakh people   were   to   get   organized,   then   North­-East   and   India   can be permanently cut off and if not, then at least for a few months.  He exhorts people to block the roads to cut-­off Assam and India and again raises the issue of detention camp.  He says that ‘chicken­ neck’ belongs to Muslims and all the supplies to Army in the North­-East should be cut­off,” stated the order.

The Court stated that in his speech, Sharjeel has ridiculed cow protection in the Constitution and that he will continue killing cows, calling it a "necessity" –

“He then ridicules the cow protection and this support from some Muslims. He then gives reference to the necessity of cow killing and says that we will never stop cow killing.”

Asansol Speech 22.01.2020
The Court stated that in his speech Sharjeel Imam talks of bringing "Hindustan to their knees" and to create 100 Shaheen Bagh like protests to do so –

“He stresses the need to create 15­100 Shaheen Bagh and says that if by wishes of God, it is successful then Hindustan would be closed and they will be brought to their knees. Muslims have not closed down India in the last 70 years and now they will do it and do it completely.  He also talks about problems faced by ordinary people/ citizens due to highway closing at Shaheen Bagh, which he terms as a success.  He asks them to get organized.”

Cause Title: State vs Sharjeel Imam