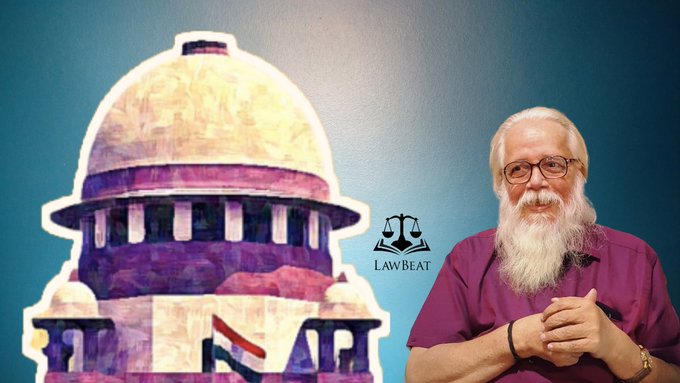 A bench of Justice AM Khanwilkar and Justice CT Ravikumar allowed two weeks to file a rejoinder and listed the matter for hearing on January 28.

The matter is being adjourned on the request of the counsels since the day notice has been issued in the case on November 22, 2021.

The plea by CBI has also sought cancellation of the anticipatory bail of other accused S Vijayan, Thambi S Durgadath, and PS Jayaprakash. It has been averred that it is pertinent that the accused be interrogated in custody so that more details can be sought in the case(s), adding that serious allegations have been met out against the accused, Sreekumar.

Earlier, the Top Court had wrapped up the DK Jain Committee which was constituted to probe into the illegal arrest of Scientist Nambi Narayanan by erring officials under the Kerala Government of 1994 on July 26.

Court had noted that the CBI had found reasons to file FIRs against the erring officials but clarified that the DK Jain committee report by itself would not be the basis for proceeding further in the matter.

In September 2018, the Supreme Court had held that the prosecution initiated by Kerala Police in the 1990s in relation to the ISRO Espionage Case was maliciously moved against the Scientist, causing him immense humiliation.