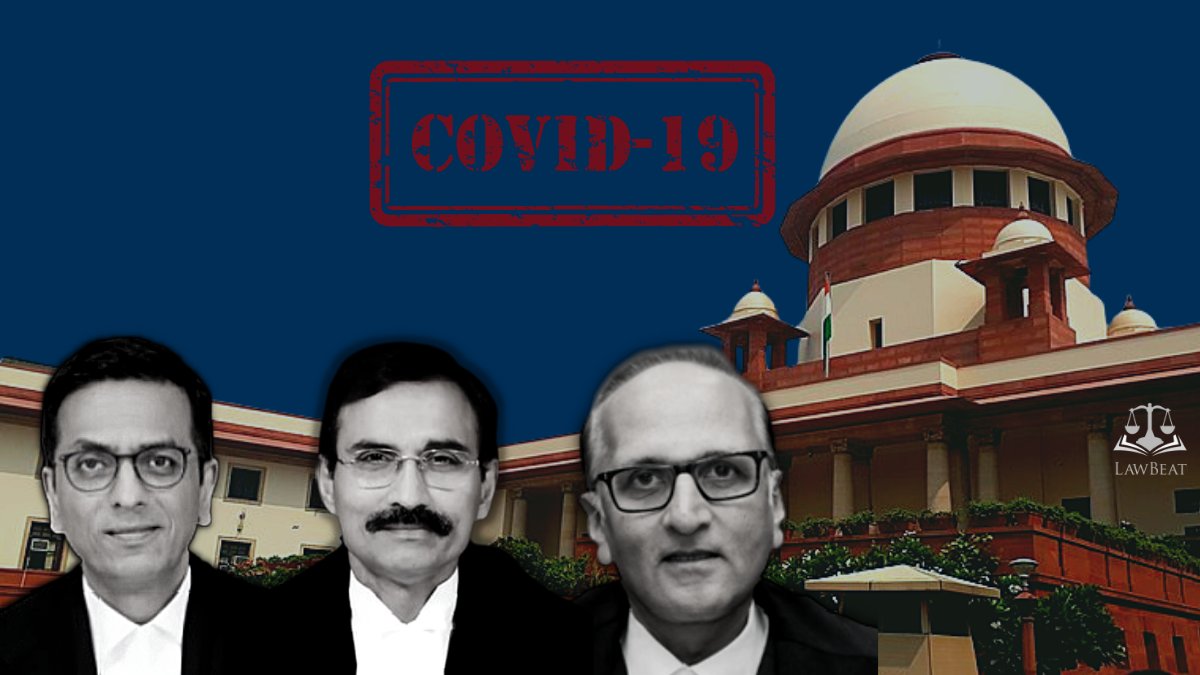 The Supreme Court Bench of Justices DY Chandrachud, LN Rao & S Ravindra Bhatt while hearing a suo moto plea related to management of CoVID crisis PAN India has directed Central Govt to take the responsibility of providing guidance to every state on supply of vaccine, consider revisiting its current vaccine policy to ensure that it withstands the scrutiny of Articles 14 and Article 21 of the Constitution.

The Court expressed its reservations on the validity of the revised policy under which the states and private hospitals were required to procure 50% of the vaccines in order to immunize persons in the 18-44 years age group. The Bench further noted that this age group would further consist of persons suffering from vulnerabilities & thereby observed that it was not logical to impose the obligation on the state to source vaccinations for the 18-44 age group. This would leave each State Government to negotiate supply schedules, delivery points & other logistical arrangements with the manufacturers.

“The available stock of vaccines is not adequate to deal with the requirements of both the categories. The Central Government must take the responsibility of providing guidance to every State on the quantities to be supplied to each State, the vaccine(s) being allocated, the period of delivery, and the number of persons who can be covered for vaccination, among other details. Leaving the State Governments to negotiate directly with manufacturers will produce chaos and uncertainty.”, the Court observed.

On the aspect of vaccine pricing policy the Bench took note of the two different prices at which the Central & State Govt would procure vaccines from the Manufacturers. The Bench in this regard observed that application of higher price on the State Govt to compel the Govt to negotiate with the manufacturers would result in serious detriment to those in the age group of 18 to 44 years.

“The social strata of this age group also comprises persons who are Bahujans or belong to other under privileged and marginalized groups, like many in the other population age groups. They may not have the ability to pay. Whether or not essential vaccines will be made available to them will depend upon the decision of each State Government, based on its own finances, on whether or not the vaccine should be made available free or should be subsidized and if so, to what extent. This will create disparity across the nation. The vaccinations being provided to citizens constitute a valuable public good. Discrimination cannot be made between different classes of citizens who are similarly circumstanced on the ground that while the Central government will carry the burden of providing free vaccines for the 45 years and above population, the State Governments will discharge the responsibility of the 18 to 44 age group on such commercial terms as they may negotiate.”, the Bench remarked.

To take note of the production of Remdesivir, the Bench directed the Central Govt to provide details of the actual rate of production & a breakup of demand for the drug from various states & the methodology adopted for equitable distribution of the same keeping in mind the existing constraints on the drug’s availability.

Directions were also issued to the Central Govt to consider augmenting the production of certain medicines such as Favipiravir which although did not form a part of the National Clinical Management Protocol for CoVID 19 but were being prescribed by doctors to meet the demand or issue instructions to the doctor to not recommend the same unless included in the national protocol.

In order to clamp down on the practice of Black Marketing, the Court said that the Central Government could consider constituting a special team to identify and prosecute those who: (a) sell medical grade oxygen/COVID-19 medicines at exorbitant prices; and (b) sell fake substances and recover the concerned substances. The Bench also emphasised on evolution of a protocol for ambulances to avoid exploitation of citizens & creation of a platform for easy reporting and redressal of such cases.