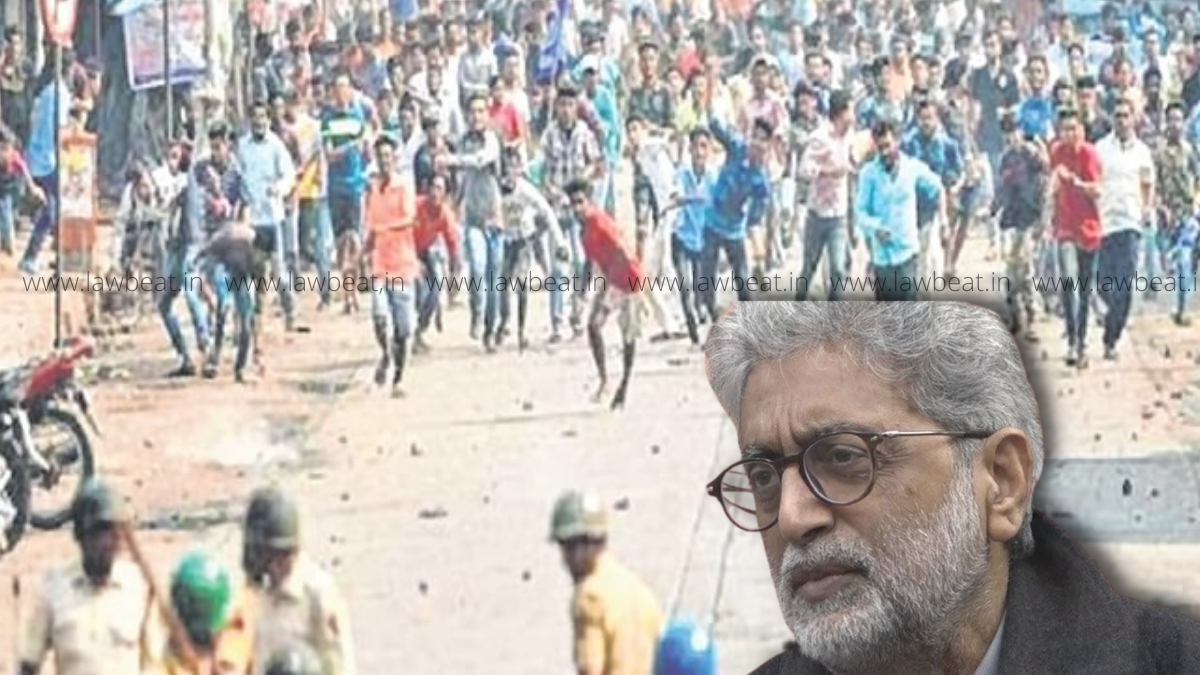 The bench noted that there was "no statutory bail" in this case and affirmed the Bombay HC order. The SC had reserved judgment on March 26.

Earlier the High Court had rejected the petitioner’s plea on primarily two grounds, namely, 1) Period under house arrest cannot be treated as custody of police, because the police could not interrogate.

2) Since the order of transit remand was set aside itself on the grounds of illegality, everything that happened until October 1 falls out of consideration.

On 15.03.2021, the present bench had adjourned the matter seeking counter affidavit from National Investigation Agency (NIA).

The major question for Court’s determination is, whether a period of 34 days when the petitioner was in custody by way of house arrest pursuant to orders of the Delhi High Court and the present Court modifying transit remand order dated 28.08.2018 of the CMM, Saket Court, New Delhi, would count as custody for the purpose of default bail under Section 167(2) CrPC.

Section 167(2) mandates release of accused where the charge sheet is not submitted within the stipulated period of 60/90 days, as the case maybe. Not only is it a statutory right, but also a fundamental right ensuring liberty of an individual.

The Petitioner herein is a 69 year old scholar, writer, peace and civil rights activist and a journalist of long standing associated with the Economic and Political Weekly and other well regarded publications. He was arrested from his residence in New Delhi on 28.08.2018 by the Maharashtra Police in connection with FIR registered at Pune under Sections 153-A, 505(1)(b), 117, 120-B IPC read with Sections 13, 16, 17, 18, 18B, 20, 38 and 40 of the UAPA; broadly alleged maoist links in Bhima Koregaon violence.

An application for default bail was moved on 11.06.2020, by which time no charge sheet was filed by the Investigative agency no any extension of time for filing charge sheet was sought by the Public Prosecutor.